British stars are out in force in Hollywood this weekend, with Olivia Colman leading a huge homegrown contingent ahead of tonight’s Golden Globes awards.

As the great and the good of UK talent attended a sea of preview parties, down-to-earth Olivia joked with the Daily Mail that her battle cry is: ‘I’ve brought my own Tetley tea bags!’

She added: ‘Seriously though, you’ve got to bring your own tea to America because otherwise you don’t know what you’re being given. I don’t drink posh tea, just Tetley’s.’ 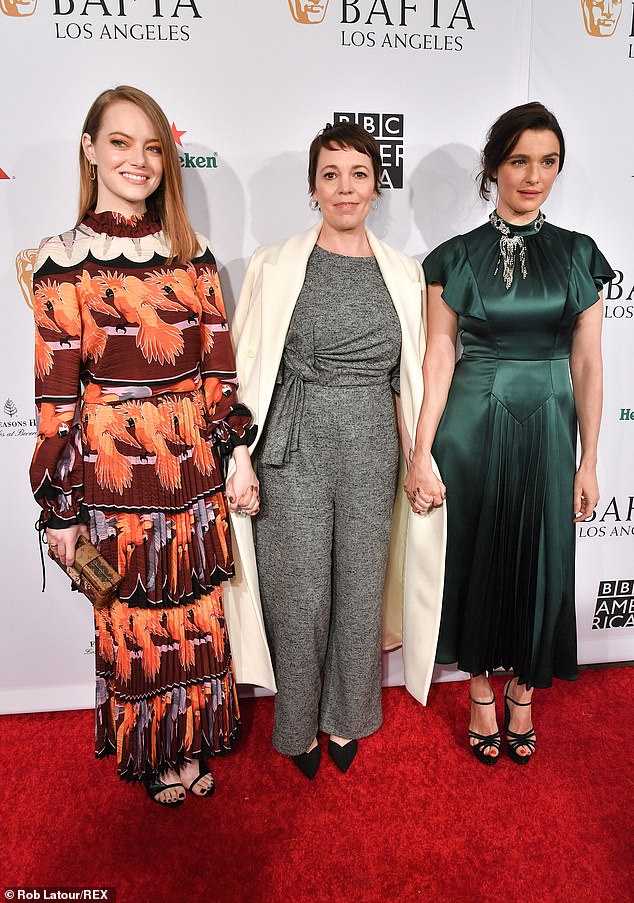 Fly away in a bird print dress like Emma Stone’s 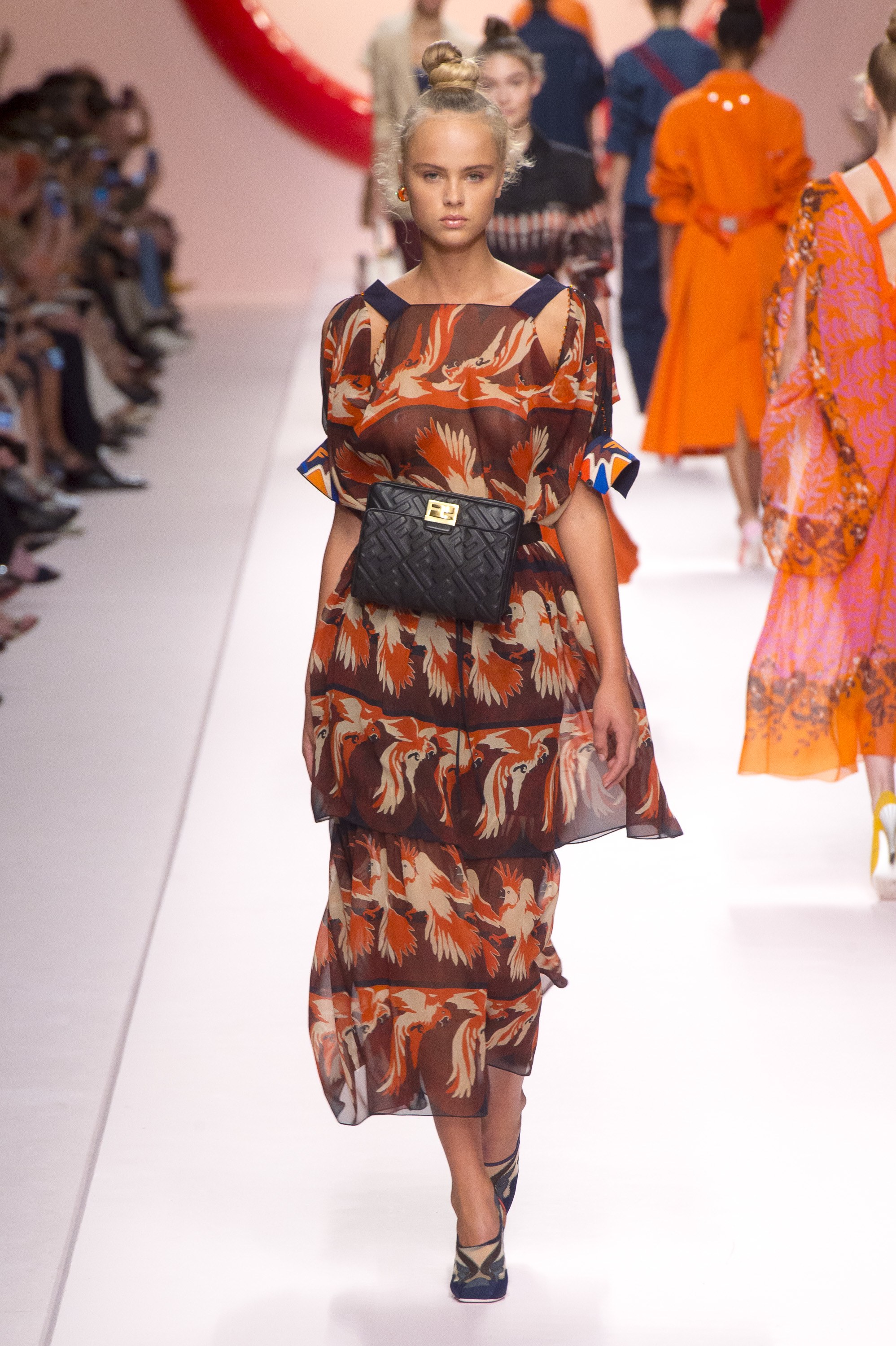 Shop the current collection at NET-A-PORTER

Emma Stone attended a special BAFTA party in Los Angeles yesterday with Rachel Weisz and Olivia Colman, her co-stars in her forthcoming movie The Favourite.

All three looked stunning but we couldn’t help but be drawn to Emma’s striking maxi dress. It’s from Fendi’s SS19 collection and we love the demure high neck and long sleeves, not to mention that ever so 1970s colour palette and bird print.

Who would have thought that a brownish burgundy, grey and bright orange would work so well together? If you were hoping to steal Emma’s style this season then unfortunately you’ll have to wait a little longer for her dress to hit the shops, so until then why not browse the current Fendi line at NET-A-PORTER (right)?

Or recreate her look for less with one of the options in the edit below. We like De La Vali’s ruffled take or Hope & Ivy has two great frocks that’ll do the trick.

Quick change: Lily Collins at the Bafta bash, left, and later at another event, right

She was speaking at the British Academy of Film and Television Art LA tea party at the swanky Four Seasons hotel in Beverly Hills.

Collins, 29, wore a cream and blue floral print tea dress, before a quick change into a flowing, diaphanous, multi-print gown – with her long hair swept up into a loose bun – for a cocktail party at a gallery on Sunset Boulevard.

Another British actor at the Bafta party was Richard Madden, whose blond quiff made him look very different from his rugged lead role in BBC hit Bodyguard, for which he was nominated for best actor in a TV drama.

The Scot, 32, who also played Robb Stark in Game Of Thrones, said that while he had visited Los Angeles many times, he was still waiting to make a movie there.

Comer, the breakout star of the BBC hit in which she plays a Russian assassin, said she has just filmed a second series. 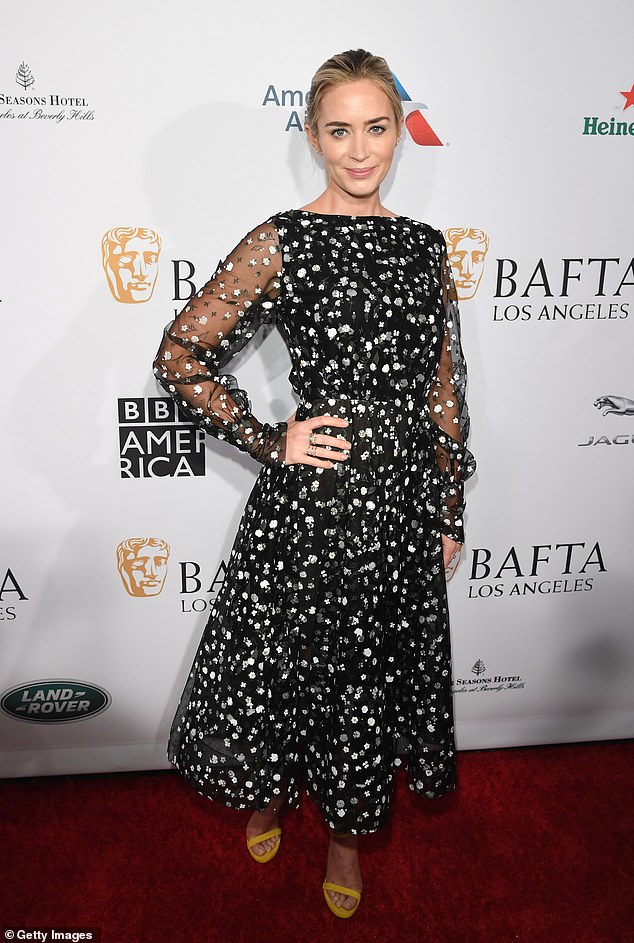 Meanwhile Olivia Colman, nominated for a best actress award for her delicious portrayal of Queen Anne in The Favourite, posed for pictures and held hands with co-stars Rachel Weisz and Emma Stone, who portray rival courtiers vying for her character’s favour.

Colman said she enjoyed awards season, with everything leading towards the Oscar ceremony on February 24, but often gets the giggles.

‘It’s an incredible honour and a privilege but also quite embarrassing,’ she told the Mail. ‘Some people are saying “well done” a lot, which is lovely. It’s amazing and lovely, but bonkers. You’ve got to try and pinch yourself and remember who you are.’

On Tuesday she is due back on the set of Netflix drama The Crown, in which she portrays the current Queen.

‘I’m going to do a terrible job on Tuesday. I’ve got to learn my lines,’ she joked.

Colman takes over the role of the Queen in The Crown’s third series, replacing Claire Foy, who has won praise – and a Globe best supporting actress nomination – for her role in the Neil Armstrong film First Man and was also at the Bafta LA bash but did not stay long. 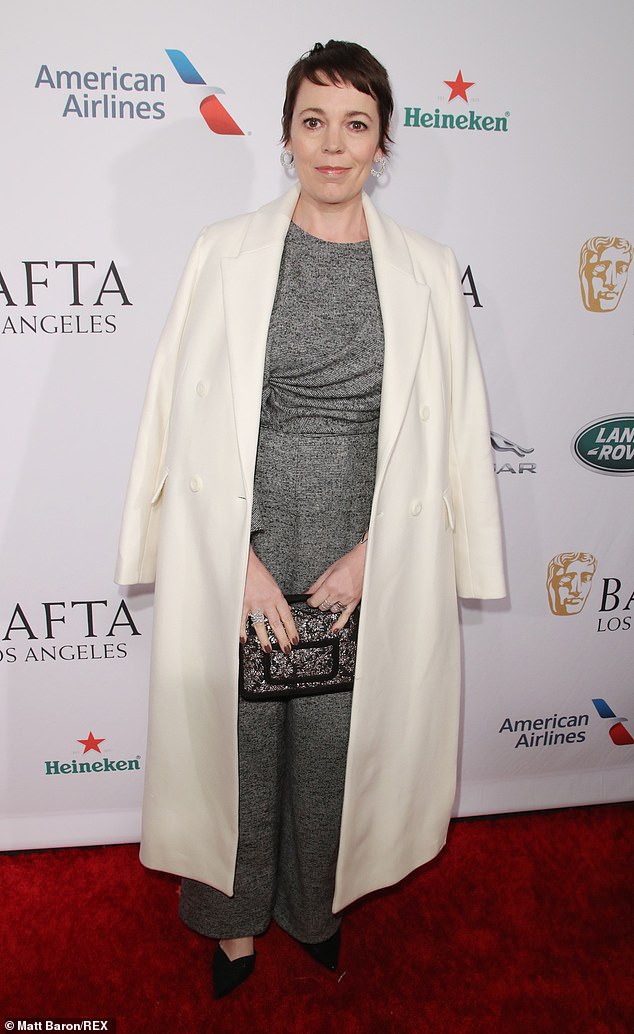 Colman takes over the role of the Queen in The Crown’s third series, replacing Claire Foy

First look at trailer for sold-out VE Day 75 memorial event hosted by Katherine Jenkins
Donald Trump Jr. tells DailyMailTV his #MeToo fear for his SONS
BAFTAs TV afterparty: Holly Willoughby, Jodie Comer, Susanna Reid and Sheridan Smith
Clown mask gang caught by police on a 'ride out' to confront rivals facing jail
Poldark fans complain the once steamy BBC drama is lacking in love scenes that set pulses racing
Geordie Shore's Marnie Simpson gets into the Halloween spirit as she transforms into an Ice Queen
'He beat me and left me for dead. Now I'm the one in hiding'
Forget money, marriage and health are key to happiness