Tax hikes are expected to target the sugary snacks by 2020 in a move that has enraged the confectionary industry.

Firms said they are being ‘unfairly targeted’ and have instead called for a ‘level playing field.’

The upcoming sugar tax was confirmed at the annual chocolate conference on Thursday, when an industry representative spoke in length about the impact it could have. 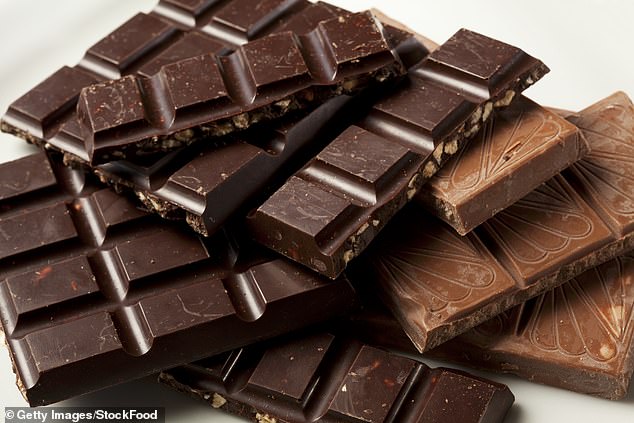 Under government plans, confectionary will be banned from being on display at the checkouts and at the ends of aisles in supermarkets. Multi-buy offers will also be halted.

It will also become mandatory for nutritional information to be displayed clearly on the front of all bars being sold.

It is expected that the upcoming tax will be announced by Spring next year.

Amy Glass, senior executive for Diet and Health from the Food and Drink Federation, said Public Health England were taking ‘no prisoners’ in their war on sugar when she unveiled the plans.

She said: ‘Data is now being collected to see what progress has been made by companies, with a year two monitoring report due to be published in Spring of 2019, and Public Health England are especially interested in the progress made in the chocolate confectionery category and will name and shame those who have made little progress.’ 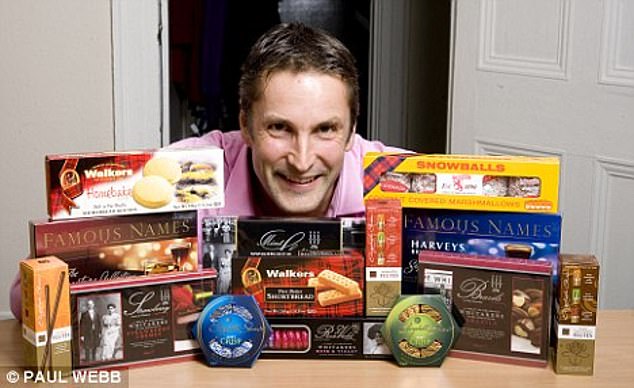 She said the Scottish Government will introduce much ‘broader’ restrictions in comparison, including banning children’s characters and celebrities from being on packaging.

The government also plans to extend its soft drinks levy to include milk-based drinks such as yoghurt drinks, milkshakes and coffee shakes.

Duncan Selbie, chief executive of Public Health England, said: ‘We have seen some of the food industry make good progress, and they should be commended for this. We also know that further progress is in the pipeline.

‘However, tackling the obesity crisis needs the whole food industry to step up, in particular those businesses that have taken little or no action.’

But industry bigwigs said the tax increase will make ‘no difference.’ 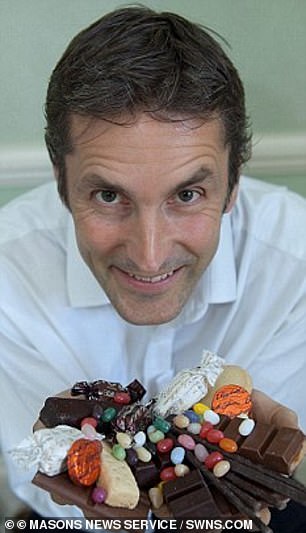 Angus Kennedy, the UK’s leading chocolate taste tester, said: ‘If people want chocolate they will buy it, and if the bars are too small, they will buy two. The root of the problem with sugar needs to be fixed first.

‘It has been spoken about at length before but now we know this sugar tax is coming and everyone is panicking.

‘Of course we need to be more aware if what we are putting in our bodies, but there becomes a point when it is all a bit big brother-like.

‘Give people the information, make them aware of what is going in these items and then let them make their own decisions.

‘The government pushed everyone to start making 5% changes per year in sugar content, but it was never taken seriously. Now it is clear it is coming, there’s a mad panic to meet the guidelines.

‘The name and shame proportion of the report next year will not make for pretty reading, that’s for sure.

‘And although it might look in the headlines that they are doing their best to combat the problem, in reality they are glazing over the heart of the issue.

Mr Kennedy said the heart of the issue lies in hidden sugars.

The sugar levy, which has put up the cost of sweetened fizzy drinks, has caused millions of Britons to drink healthier alternatives.

Sales of added-sugar drinks are down 11 per cent on last year but sales of low and no-sugar variants of popular drinks are up by 8 per cent. Bottled water sales have also jumped 9 per cent.

People were drinking an extra six million litres a week of low and no-sugar soft drinks in the two weeks after April 6, when the levy came into force.

Evidence is mounting that the levy is working on two fronts. First, manufacturers and supermarkets have reformulated their drinks to cut the sugar and so avoid having to charge the levy.

Second, consumers are switching to healthier options. The figures will be seized on by health campaigners as evidence that sugar taxes work and should be applied to other foods, such as milkshakes, sweets and chocolate.

Stephen Jacobs, of analysts IRI, who compiled the data, said: ‘There is no doubt high prices have driven consumers to make healthier choices.’ 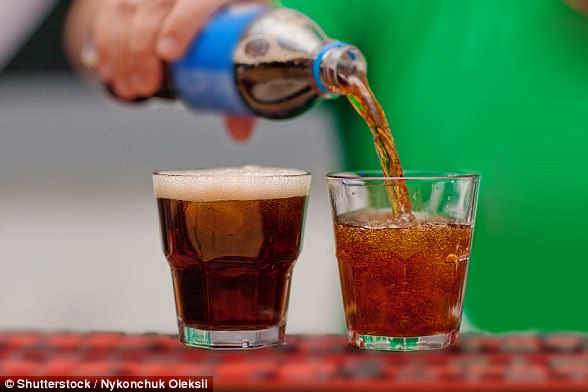 The sugar levy, which has put up the cost of sweetened fizzy drinks, has caused millions of Britons to drink healthier alternatives

‘We know sugar is bad. We know it raises levels of obesity, blood sugar problems and an increased risk of diseases, but it is not – in my opinion – as bad as the hidden sugars out there,’ he said.

‘If you’re indulging in chocolate, you are aware you’re eating a treat. But 80% of our food in the supermarkets has sugar in. Things some would not be aware of. And that is the side that is slightly unfair I feel.

‘Now we know the sugar tax is coming, you are seeing smaller bars which are the same, if not slightly elevated in price.

‘And this is only going to get worse. The government need to look at trying to get to the heart of the problem, rather than glaze over with plans like this.’

A spokesman for the Department from Health said they would not comment on what ‘may or may not appear in the Chancellor’s Budget’.