Britain’s fleet of fixed-wing aircraft has shrunk by over ten per cent in just one year, new figures show.

The number of drones has also plummeted by around one third despite ministers’ pledges to make the military fit for the future.

In 2017 there were 714 fixed-wing aircraft across the three services, ranging from small trainer planes to supersonic Typhoon fighter jets.

Last year that figure plummeted to 646, a drop of 68 aircraft – or more than ten per cent of the Armed Forces’ total operational strength. 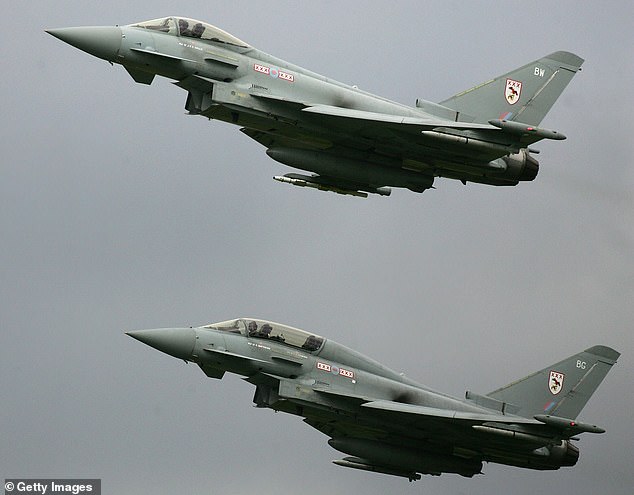 The figures, released by the MoD, account for aircraft in the Royal Air Force, Army Air Corps and the Royal Navy.

There has also been a sharp drop in the number of drones in service, despite pledges to arm troops with more futuristic kit.

The number of Unmanned Aerial Vehicles (or UAVs) across the military has fallen by around a third from 443 recorded as being in service as of April 2016 to 281 last year.

The MoD said numbers of aircraft do not equate to capability or operational requirements.

RAF sources pointed to micro drones going out of service rather than proper aircraft such as Reapers used over Iraq and Syria.

The figures also show that the number of helicopters operated by the three services has taken a fall over the same period, dropping from 353 in 2017 to 332 by last year.

The figures will fuel concerns that crippling defence cuts over the years have left Britain’s military under strength, at a time of heightened tensions across the world. 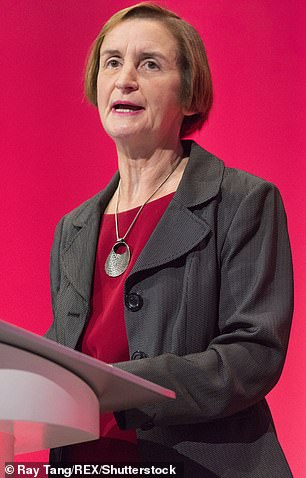 ‘At a time when the UK faces increased threats, it is simply unacceptable to be cutting the kit required to keep our country safe.

‘Our RAF do sterling work, freeing civilians from the terror of Daesh and protecting our own skies, it is vital that we provide them with the equipment that they need.’

The RAF is engaged in an ongoing campaign of air strikes against Islamic State targets in Syria and ‘air policing’ duties in the Baltic states, as part of NATO’s Operation Azotize, to deter Russian aggression in the region.

The RAF’s Typhoon QRA (Quick Reaction Alert) squadrons based at Coningsby and Lossiemouth are also dealing with an increase in Russian military air activity around the periphery of UK airspace.

The MOD recently confirmed that last year the RAF’s air defence fighters were scrambled on twice as many occasions to investigate Russian aircraft flying close to British airspace, mainly Tu-160 ‘Blackjack’ bombers, as during the previous year.

Frontline RAF fast jet numbers have reduced with the disbandment of the Tornado fleet.

But the MoD said they will steadily increase with the stand up of two additional Typhoon squadrons and the arrival of additional F35s.

Even the Royal Navy has seen its surface fleet suffer a reduction from 64 vessels to 60 during the same 12-month period.

An MoD spokesman said: ‘Number of aircraft does not equate to capability.

‘The UK continues to have the aircraft needed to meet our global operational commitments and we are investing in a world class air force to counter the threats we will face in the future.

‘Our state-of-the-art F-35 Lightning Jets have completed their first operations in the fight against Daesh, we have upgraded our Typhoons with additional lethal weapons and we are bringing in a new generation of cutting-edge training aircraft to prepare our pilots for the frontline.’