An adventurer completed a 100-mile ultra marathon across a frozen Mongolian lake in jeans and brogues after his airline lost his luggage.

But when he flew from Heathrow to Mongolia’s capital Ulaanbaatar, his bags didn’t come off the plane with him. Unable to buy footwear to fit his size 13 feet, he decided to take on the challenge in what he was wearing. 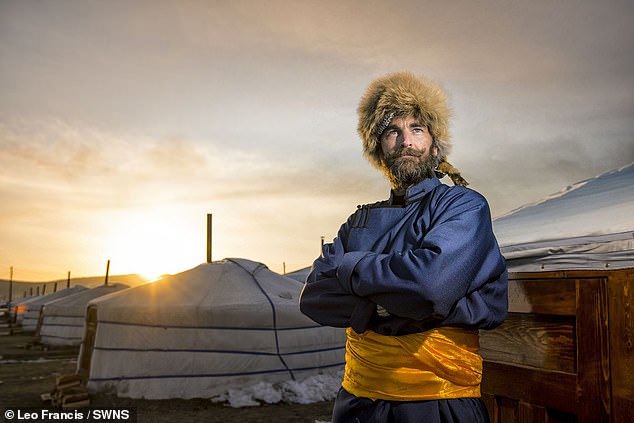 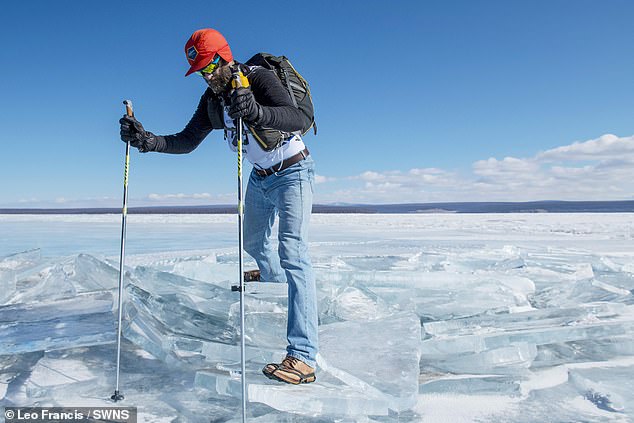 Other competitors in technical footwear dubbed him ‘the rogue in brogues’ as he clambered across ice sheets in his four-year-old shoes, and a borrowed set of spikes.

Mr Messervy-Gross said: ‘My shoes held up surprisingly well – I’m just a bit allergic to putting the things on now.’

The father of three, from Jersey, was left in agony for his efforts – but unlike others who dropped out of the race through injury, fatigue or the cold, he kept on going.

He said: ‘Your feet swell because you’re on them for so long. I literally became too big for my boots. My feet blistered really badly, especially on my little toes. But I just wanted to keep plodding along.’ 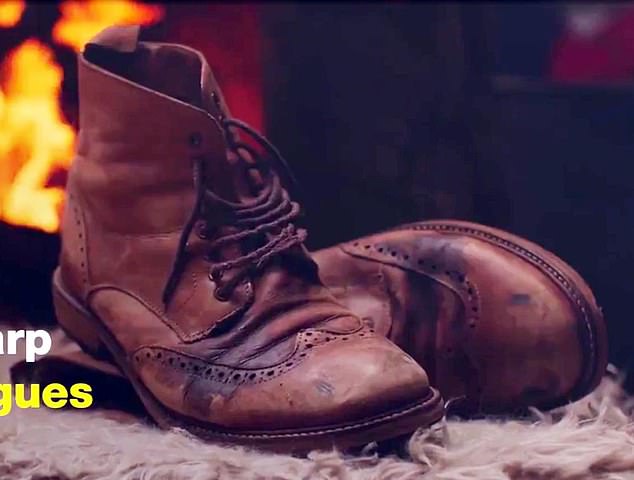 The four-year-old battered leather brogues he had worn to work, with spikes attached, got him safely through the 100 miles of frozen lake

Mr Messervy-Gross, an information officer, had initially been told by airline Aeroflot that his luggage would arrive before the race, two days after he landed in Mongolia, so he bought nothing but an extra pair of thermals.

But when he and fellow competitors took a short flight to the Khovsgol Nuur lake in the north of the country, he realised the bags would not be arriving.

He said: ‘It was a heartbreaking moment, because you can’t really run 100 miles across a frozen lake in brogues! I spent that night in camp in a duvet but it was freezing.’ 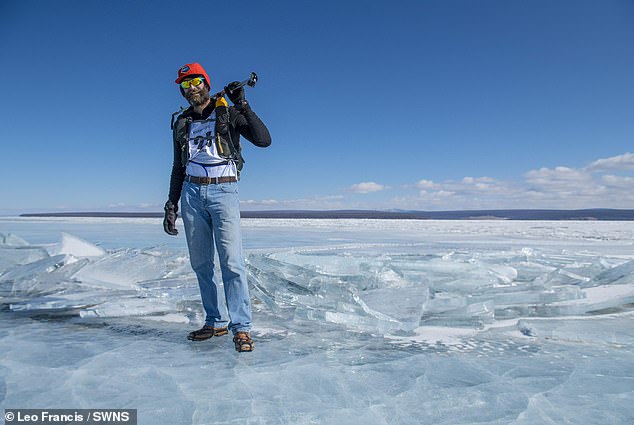 He said: ‘People were amazing, offering up stuff for me to use, which was incredible because it meant they were worse off. A guy gave me some socks, someone else handed me a balaclava – I was a walking charity shop!’

Mr Messervy-Gross, who is originally from Auckland, New Zealand, added: ‘We were at the airport the following day after finishing the event – and my luggage turned up 15 minutes before check-in for our return home.