A couple from Norfolk have reunited a newlywed wife in Poland with her wedding ring after they found it 7,000 miles away on a Bali coral reef.

Jason Buxton, 45, and his fiancée Misba Tasawar, 38, from Northrepps, were snorkelling near an underwater statues attraction at Gili Meno in Indonesia as part of a romantic break.

Spotting something gleaming on the reef about 50 metres out from the beach in shallow water, they found the gold ring which had the name ‘Monika’ along with ‘04.10.2019’ engraved on the inside. 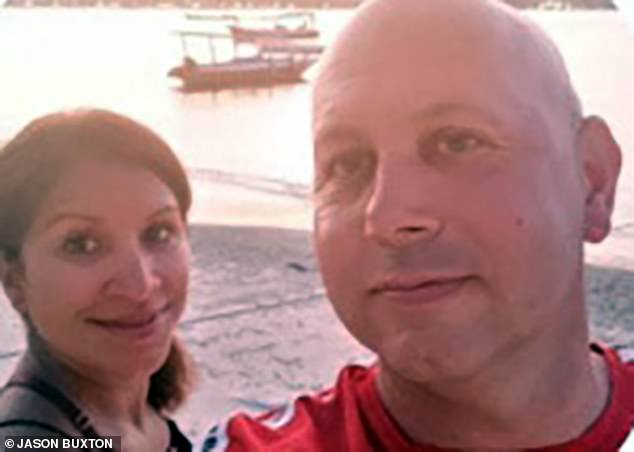 Jason Buxton, 45 and his fiancé Misba Tasawar, 38, were snorkelling in Bali when they found the gold ring on the reef 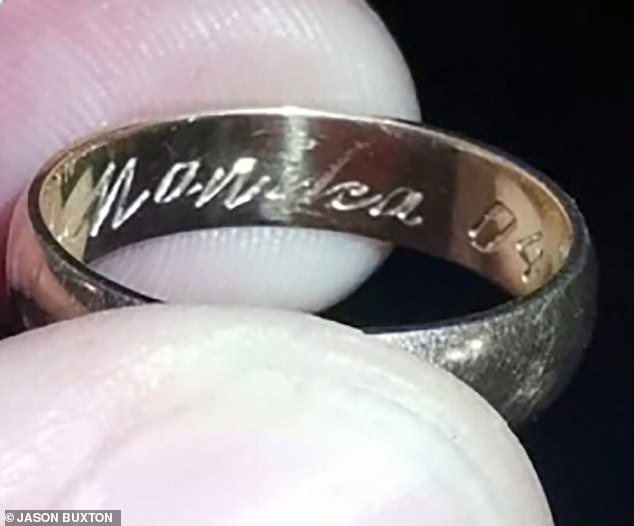 They found it on the last day of their holiday on December 1, and when they flew home, they began by calling hotels on Bali asking if there had been any guests with the name ‘Monika’ staying with them.

Mr Buxton said ‘We tried for a whole three days trying to find the couple, then we found a thread of posts in a community group on Facebook.

‘We had to wait to be approved in the group but we then messaged the man who posted about the missing ring and he confirmed all of the small details on the ring. 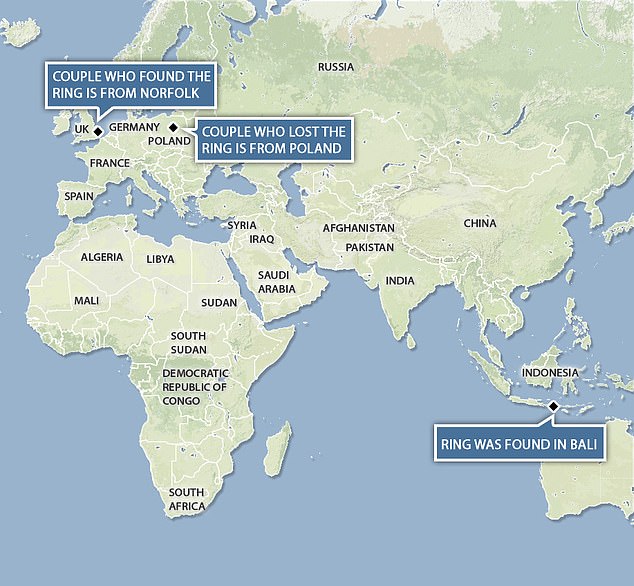 The couple found the on the last day of their holiday in Bali on December 1, and when they flew home, they were able to track down the couple who lost it and returned it to them in Poland

‘The chances of this happening have got to be a one in a million, we really couldn’t believe it.’

Once Mr Buxton was sure the ring belonged to the man he was speaking to, he bought a new jewellry box and posted it to the couple who live in Poland.

The owners, Tukasz and Monika Marciniak, had lost the ring seven weeks earlier while on their honeymoon. 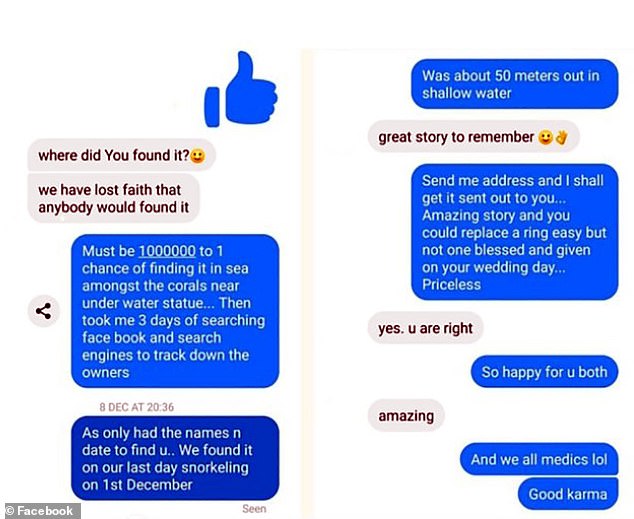 The owners, Tukasz and Monika Marciniak, had lost the ring seven weeks earlier while on their honeymoon. Pictured: Their conversation about the ring on Facebook 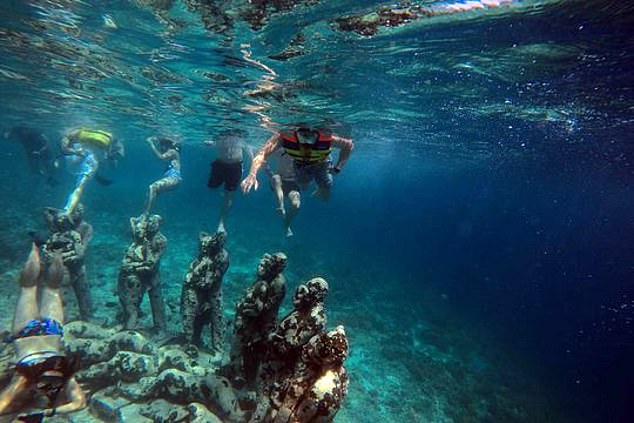 The couple tried for a whole three days to find the couple, then they found a thread of posts in a community group on Facebook and were able to track them down. Pictured: Gili Meno in Indonesia

Mr Buxton said ‘It must have been about a metre underwater in the coral. It was my fiancée that actually saw it.

‘I got a box and put in some glitter so it looked nice and sent it over to them in Poland.

‘They then sent me a really lovely video of them opening the package when it got there.

‘Not quite the five gold rings in the twelve days of Christmas, but it is one very important ring to them.’

He said ‘We had lost all faith that anybody would find it. Great story to remember.’

Two men are hospitalised after having substances sprayed on them in attacks
Sarah Hyland stuns in slinky sundress in first sighting since she revealed her sexual assault
TV chef Tom Kerridge reveals 'colossal' boozing may have helped him to succeed in the kitchen
Chanting animal rights activists invade Jamie's Italian restaurant in front of stunned families
British planes won't be able to land in EU if Brexit goes wrong and pets face four-day quarantines
Heston Blumenthal says women chefs aren't as good at lifting pots and pans after childbirth
Cleaning lady is jailed for ten years in Greece for lying on her CV about elementary school dates
Love Island 2019: Ofcom receives over 800 complaints about show