A British fugitive allegedly attempted to flee Australia on a jetski while armed with a crossbow – and he made it to within eight kilometres of Papua New Guinea.

The 57-year-old, who was wanted for alleged drug-related offences in Western Australia, was arrested in mudflats on Saibai Island, off PNG, on Wednesday.

Border police said they received a tip-off a man, ‘possibly armed with a crossbow and carrying additional fuel’ was seen launching the jet ski from remote Pundsand Bay, in the far north-east of Australia. 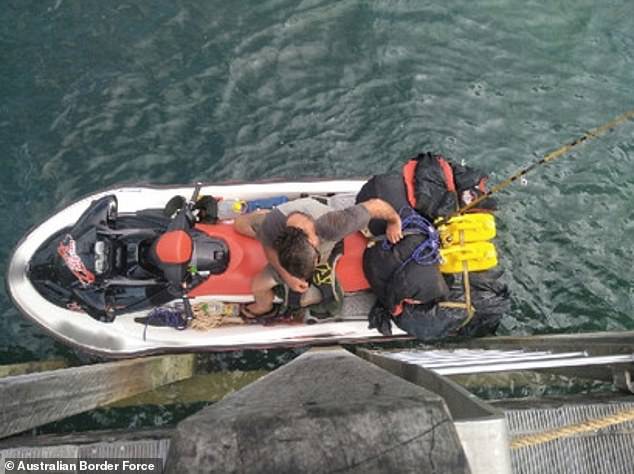 The man, 57, was arrested and taken to Thursday Island, where he was detained by police

He travelled roughly 150km (90 miles) across the often treacherous waters of the Torres Strait before his arrest.

The man was transported to Thursday Island, where he was detained by Queensland Police pending extradition to Western Australia.

The jetski was towed to Saibai island.

‘We have the ability to detect a range of border threats, including suspicious movements through the region,’ the Australian Border Force’s Jo Crooks said. 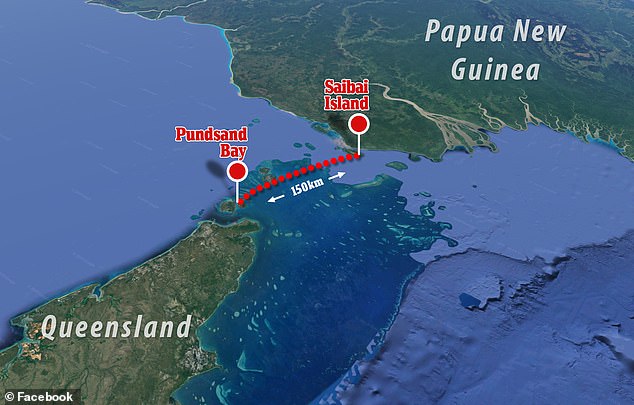 ‘Anyone who thinks they can either enter or leave Australia through the region without detection should think again.

‘This is a perfect example of local intelligence sharing, community support, ABOC coordination and our maritime capability, all working together to enable a quick and effective multi-agency response to a situation.

‘Through our posture in the Torres Strait and working closely with our AFP and Queensland Police partners, we have the ability to detect a range of border threats, including suspicious movements through the region.’ 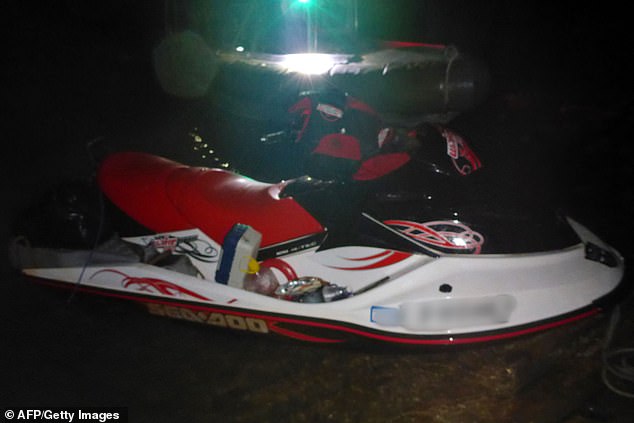