A British mum who was drunk with two of her children at Gibraltar Airport gave a tearful courtroom confession blaming her behaviour on her ‘fear of flying’.

Kim Morley, from Hailsham, East Sussex, was ordered to pay a £250 fine after pleading guilty to a charge of being intoxicated while in charge of two kids under the age of 13.

Bank clerk Mrs Morley, who was arrested on July 28 with her lorry driver husband Dean, 54, was also fined another £200 after admitting ripping a police officer’s shirt as she was detained.

The 53-year-old was arrested after she fell over at the airport’s departure lounge, but claims she tripped when a strap on her shoe broke.

The mother-of-three told magistrate Charles Pitto she started drinking ahead of an easyJet flight to London Gatwick at the end of her week-long family holiday because of her ‘fear of flying’.

A public hearing was due to take place today at Gibraltar Magistrates’ Court but was unexpectedly brought forward to last Friday without the press being informed.

Kim Morley of Hailsham, East Sussex, pleaded guilty to being drunk in charge of her children at Gibraltar airport 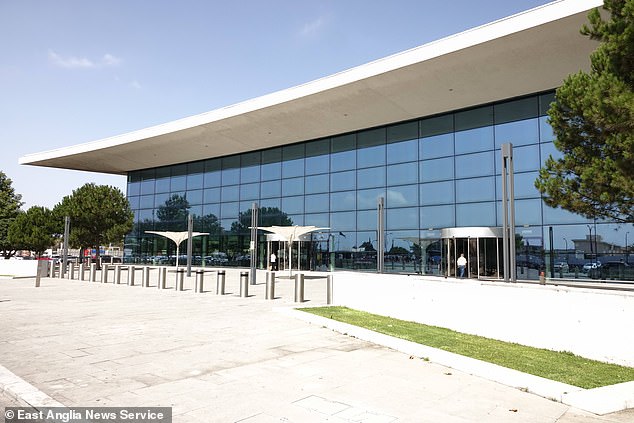 Journalists received confirmation of the date change this morning when they arrived to cover the trial.

Mr Morley, 54, also appeared in court on Friday after being charged with the same intoxication offence following the couple’s arrest late last month, but prosecutors withdrew the charge against him when they went before the magistrate.

Their lawyer, Robert Fischel QC, said he had requested the date change so the couple could return to the UK and confirmed the Morleys were now back in the UK with their children.

He said: ‘What came out in open court was that the reason for Mrs Morley’s drunkenness was put down to an inherent fear of flying.

‘And it also came out in open court that the the reason she fell in the airport was the the strap on one of her shoes broke and she tripped.

‘She was very emotional and tearful in court and asked me to apologise in court to the people of Gibraltar for her appalling behaviour the day of her arrest which is something I have done.

‘She has promised there will be no repeat ever again.’

He added: ‘I asked for the court hearing to be brought forward so they could return to the UK. 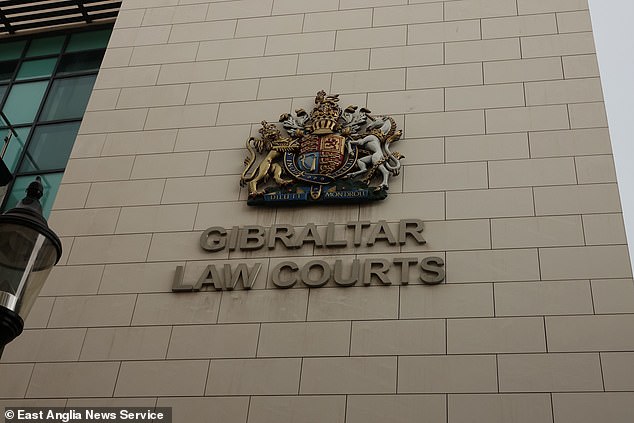 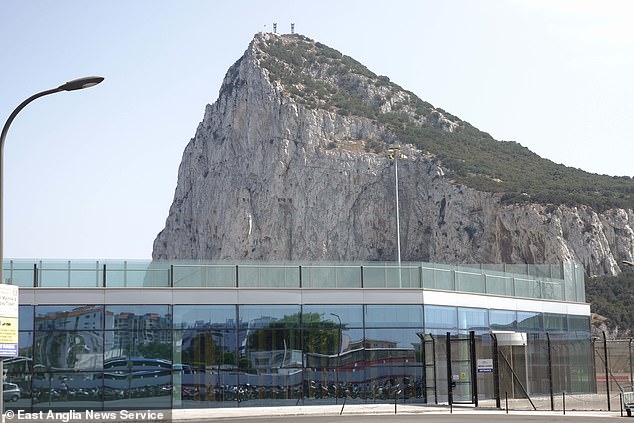 Morley was arrested after she tripped over her broken shoe strap. The mother-of-three told the court she only began drinking due to her fear of flying

‘They were coming to the end of a week’s holiday in Gibraltar when they were arrested at the airport. The Morleys are now back in the UK with their children.

‘Neither Mr of Mrs Morley have any criminal convictions, they had never been arrested before and they have never had any problems with social services.

‘They were only apart from their daughters for one night after their arrests and were reunited with them the following day after their first court appearance on July 29.

‘My clients just want to be able to put this horrible experience behind them now and get on with their normal lives as loving parents.’

Mrs Morley and her husband were arrested on the evening of July 28 ahead of their easyJet night flight back to the UK.

Their three daughters, aged six to 13, were taken into temporary care ahead of their first court appearance at Gibraltar Magistrates Court the following day when Mrs Morley admitted ripping a police officer’s shirt and the ‘intoxication’ case was adjourned. 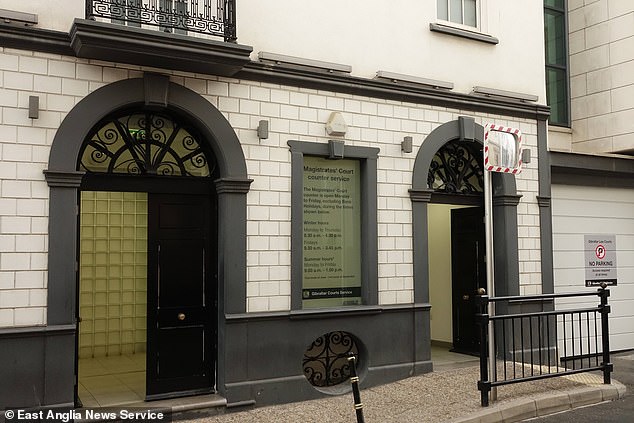 The couple’s three daughters, aged six to 13, were taken into temporary care on July 28 ahead of their first court appearance at Gibraltar Magistrates Court (pictured) the following day

He added: ‘The intoxication charge against Mr Morley was withdrawn.’

Prosecutor James Lennane told the magistrate the day of the hearing Crown Counsel was withdrawing the intoxication charge.

Sources said the decision was taken in the public interest because prosecutors felt there was not a reasonable chance of securing a conviction.

A Royal Gibraltar Police spokesman said after the couple’s arrests: ‘A 54-year-old man and a 53-year-old woman, both British nationals, were arrested on Sunday July 28 for being intoxicated whilst in charge of a child.

‘Police were called to the Gibraltar International Airport to assist a GHA ambulance crew who were having difficulties with a female passenger that had fallen over in the departures lounge.

‘On arrival, the officers noted that the female and her husband, who were due to fly out later that night with their three young children, were both intoxicated.

‘Both individuals were arrested for being intoxicated whilst in charge and of a child and conveyed to New Mole House.

‘Emergency Police powers were executed and the three children were taken into police care and subsequently accommodated with Social Services.’