A British tourist has died after contracting rabies from a cat bite while on holiday in Morocco, it was announced this morning.

Public Health England has released few details about the death in the north African country, other than saying a Briton visiting the area was bitten by a cat and later died.

Family and friends of the patient, as well as medics involved in the person’s treatment, are being offered vaccinations, the government body said. 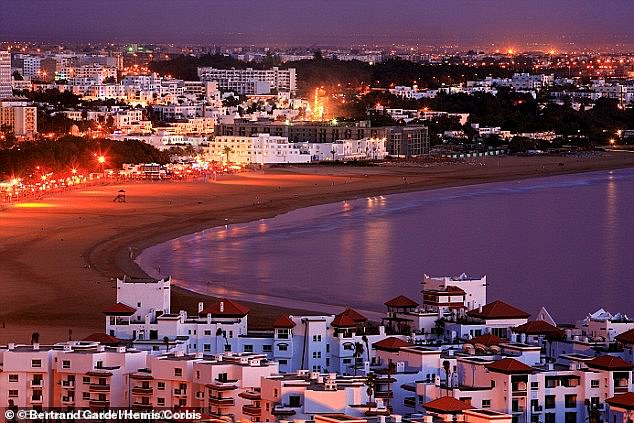 A British resident was travelling in Morocco, pictured in file photo, when they were bitten by a cat and later died from rabies, it emerged today

Rabies does not circulate in either wild or domestic animals in the UK, but between 2000 and 2017 five UK residents became infected with rabies after “animal exposures abroad”, a Public Health England spokesman added.

The spokesman said: ‘PHE is reminding travellers to avoid coming into contact with animals when travelling to rabies affected countries due to the risk of catching the disease.

‘This reminder comes after a UK resident sadly died after becoming infected with rabies following a cat bite during a visit to Morocco.

‘There is no risk to the wider public in relation to this case but, as a precautionary measure, health workers and close contacts are being assessed and offered vaccination when necessary.

‘Rabies is passed on through injuries such as bites and scratches from an infected animal. There are no documented instances of direct human to human transmission.’