The Oxford-born 23-year-old was speaking from the Kurdish prison where he has been held for two years for fighting for the terror group.

He moaned that he missed interacting with people, mostly his mother who he hasn’t spoken to since his imprisonment, and home comforts including pastries and Doctor Who. 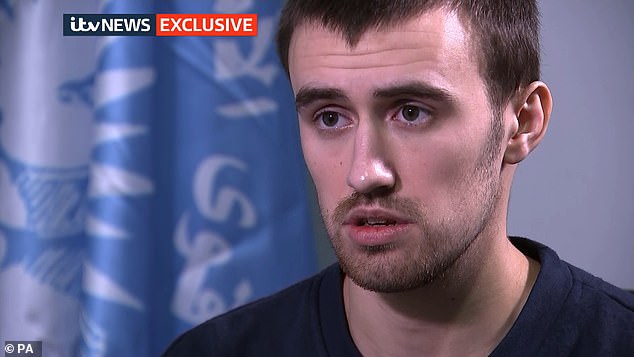 Muslim convert Jack Letts, nicknamed Jihadi Jack after fleeing to fight for ISIS, says he wants to return to Britain

He told ITV News: ‘If the UK accepted me then I’d go back to the UK, it’s my home. But I don’t think that’s going to happen.

‘I miss people mostly. I miss my mum. I know that sounds a bit toddler-ish,’ he said.

Letts admitted at the time he felt the 2015 Paris attacks were justified after seeing children killed by coalition jet bombing raids during his time in Raqqa.

‘To be honest at the time I thought it was a good thing,’ he told ITV News, when asked about his reaction to the terror attacks that left 130 dead in the French capital.

He said when asked about the Bataclan atrocities: ‘At the time, I thought it was a good thing.

‘At the time we had this idea, living in Raqqa, getting bombed every five minutes by coalition jets. I’ve seen children burnt alive. 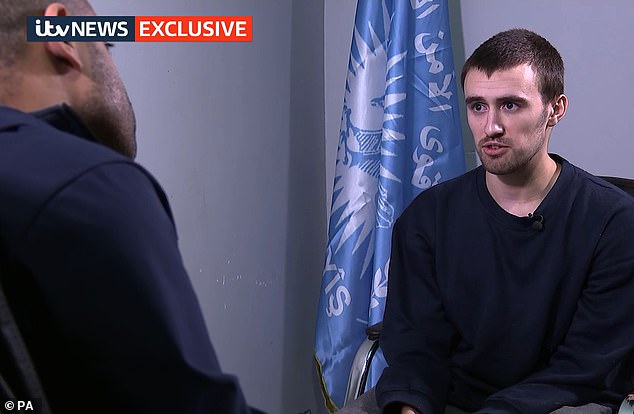 ‘You have this idea of ‘why shouldn’t it happen to them?”

But he claimed he has since had a change of heart, and sympathy for the innocent people killed, as he ‘realised that they had nothing to do with it’. 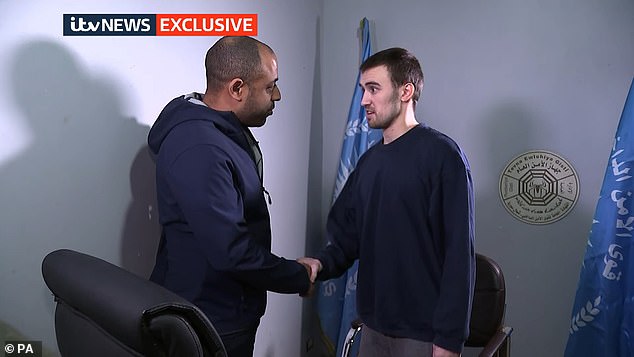 He revealed he hadn’t spoken to his parents in two years and doubted either country would take him in because ‘no one really cares’.

He told the broadcaster that he had lived on ‘the Oxford Street of Raqqa’, and married an Iraqi woman who has given birth to the couple’s son.

‘If I could make a request. I’m probably not in a position to make requests. That’s it all, really. I miss my mum.’