Bubba Watson will wear a glove to every interview this week as part of a joke with his Ryder Cup team-mates.

Watson, who has developed something of a reputation as a goofball in golfing circles, wore the light blue glove during practice on Tuesday and was again seen sporting it on Wednesday.

And speaking at a press conference previewing this year’s action, Watson revealed that he had promised his United States team-mates that he would wear the glove throughout the competition. 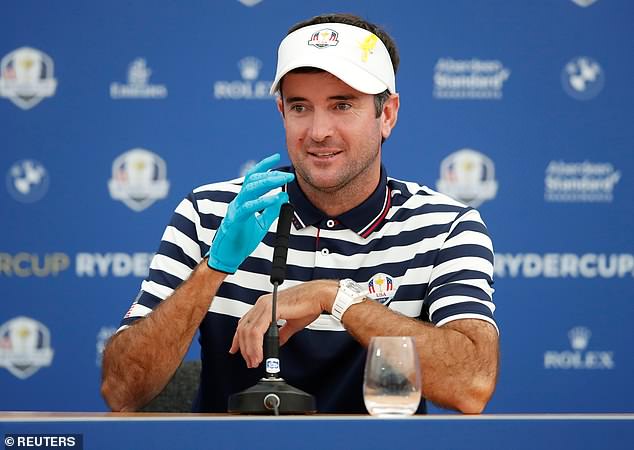 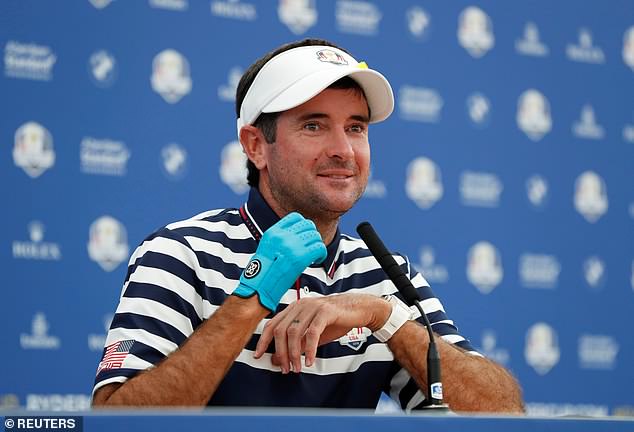 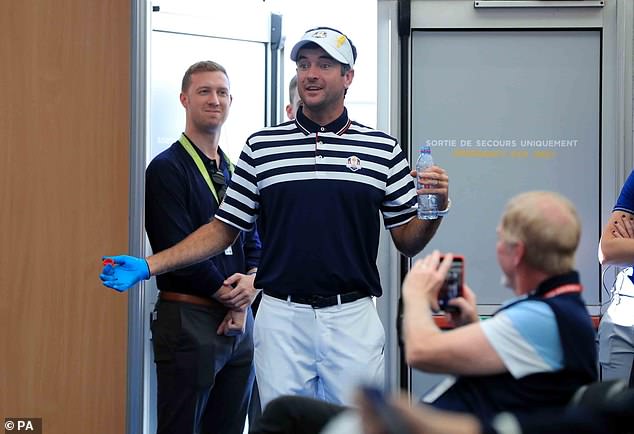 He told the Press Association: ‘Every time we have a team event, there’s people that you’ve got to say so many words or you’ve got to do something, we’ll say, dumb. So I said I’ve got to wear my the whole interviews. So I’m doing it.

Watson, living up to his goofball reputation, also said he would have congratulated Woods on his win on Sunday – if he had his number.

‘I would have definitely texted him. I only get his number during team events,’ he added.

‘He blocks me during the regular part of the season because I send dumb texts. It’s always nice leading up to the event knowing that I’m on the team so I can get his number.’ 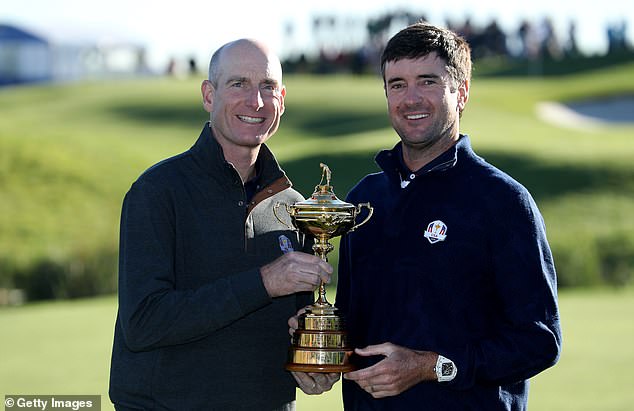 The 39-year-old returns to Le Golf National for the first time since his trip for the 2011 French Open when some ill-judged comments hit the headlines.

In describing some of Paris’ famous landmarks he referred to ‘that big tower’ (the Eiffel Tower), the ‘building starting with an L’ (the Louvre) and ‘this arch I drove round in a circle’ (the Arc de Triomphe), comments he later admitted he regretted.

‘It was sad people took my comments because I loved it. I love travelling, seeing different cultures,’ said the two-time Masters champion, who has revealed as part of a team-room joke he will conduct every interview this week still wearing his golf glove.

‘But I learned from it. It made me mature as a person and understand I have to be more careful how I word things.’

The 42nd edition of the Ryder Cup gets under way on Friday morning, with Watson returning to action after his absence in 2016.

Europe lost 17-11 to the United States last time around in Hazeltine, Minnesota. 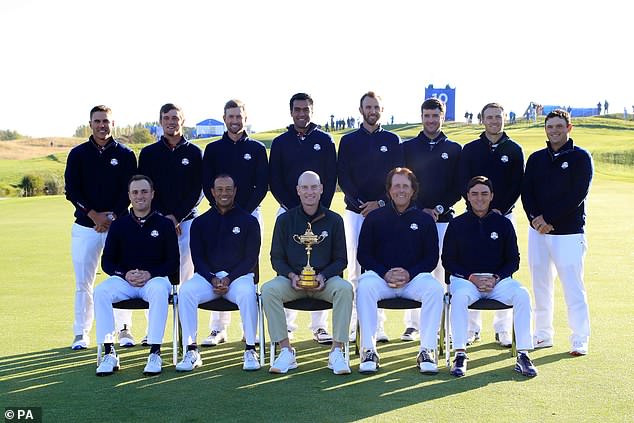 Historian DAVID STARKEY on how our self-satisfied politicians have launched a coup over Brexit
Grandparents forced to return to work in order to build their dream home on Grand Designs
Michael Portillo leads a flock of sheep over London Bridge as part of centuries-old tradition
Yellow weather warning and floods set for the shortest day of the year today
Brigid Kosgei breaks Paula Radcliffe's 16-year long women's marathon world record
Thousands of people queue in the rain in stem cell drive for five-year-old with cancer
High Street bank Santander is fined £32.8million
Three-year-old boy dies in caravan fire