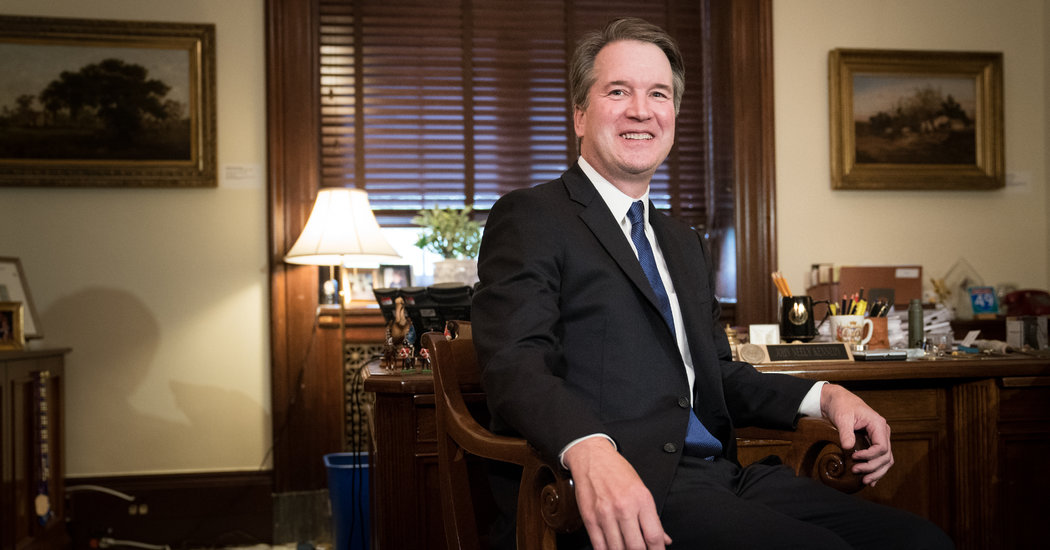 The first is the legitimacy of a sweeping theory of executive power that Mr. Bush’s legal team often advanced: that the president, as commander in chief, can override statutes in which Congress has regulated the executive branch’s conduct in national security matters.

In a favorable review last year of a book written by another judge, David J. Barron, Judge Kavanaugh said “it seems settled” that Congress cannot interfere with presidents’ power “to supervise, direct and remove subordinate officers in the national security realm” and “to direct specific troop movements.”

But beyond those issues, he wrote, Judge Barron “advances a forceful originalist and historical-practice case that presidents must and do comply with congressional regulation of wartime activities such as surveillance, detention, interrogation and the use of military commissions.”

Still, Judge Kavanaugh pointed out a catch: It is often “not easy” to tell whether an action should be analyzed as defying a law, because presidents often argue that statutes should be interpreted as blessing their policies. (Indeed, during the Bush administration’s internal debate over the December 2005 signing statement on the torture ban, some officials had argued for declaring that the new law was best read as essentially codifying their existing interrogation policies, rather than suggesting any plans to defy Congress. Earlier that year, the Justice Department had secretly concluded, in a memo that was later rescinded, that interrogation tactics like waterboarding and sleep deprivation did not violate the humane-treatment standard that Congress had included in the new law.)

And even when a president unambiguously defies a law, he noted, sometimes that is legal. He cited a 2015 ruling in which the Supreme Court upheld presidents’ constitutional authority to disregard a statute about passports and Israel.

Judge Kavanaugh has also addressed the other big issue raised in the signing statements debate: whether it is legitimate for presidents to sign bills but effectively nullify some provisions by deeming them unconstitutional, or whether the Constitution gives presidents only the choice of signing a bill — and then obeying all of it — or vetoing it.

In 2006, the American Bar Association took the latter view, arguing that signing statements were “contrary to the rule of law and our constitutional system of separation of powers.” But former executive branch lawyers of both parties have rejected that position as going too far.

How Record Heat Wreaked Havoc on Four Continents
Man Is Arrested After Taunting Bison at Yellowstone, Park Officials Say
A Push for 3-D Weapons by One of the World’s ‘Most Dangerous People’
Some Separated Children Will Go Home, Despite Government’s Failure to Act
Opinion: Is Clarence Thomas the Supreme Court's Future?
Europe Edition: Spain, Cryptocurrency, France: Your Monday Briefing
Paul Manafort Was Deep in Debt. He Saw an Opportunity in Trump.
Tariffs, Fires, Immigration: Your Weekend Briefing