If you dream of settling down in a quaint market town, your wallet should be ready for a shock.

Buyers can expect to pay a hefty premium to secure a property in these sought-after locations, a report has found.

Lloyds Bank said the average house price in market towns now stands at £294,772 – an average £30,986 more than homes in the surrounding area. 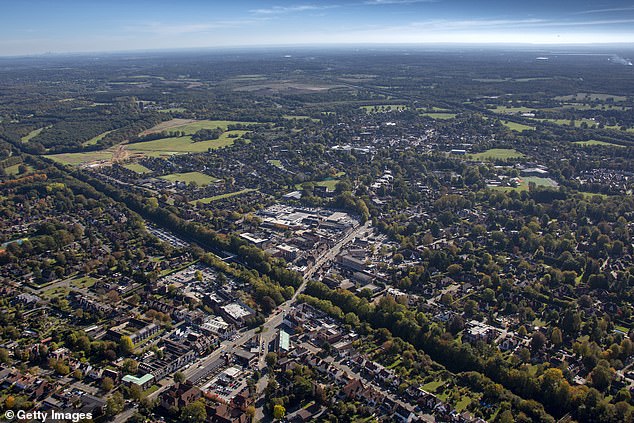 While Beaconsfield in Buckinghamshire topped the list with houses exceeding £1million on average, the report found that market towns in the North have experienced the biggest jump in prices in the last year.

Ferryhill in County Durham and Seahouses in Northumberland saw increases of 23 per cent, followed by Market Bosworth in Leicestershire at 14 per cent.

But despite the rise, Ferryhill is still England’s least expensive market town with an average house price of £96,319, the report based on Land Registry figures found. 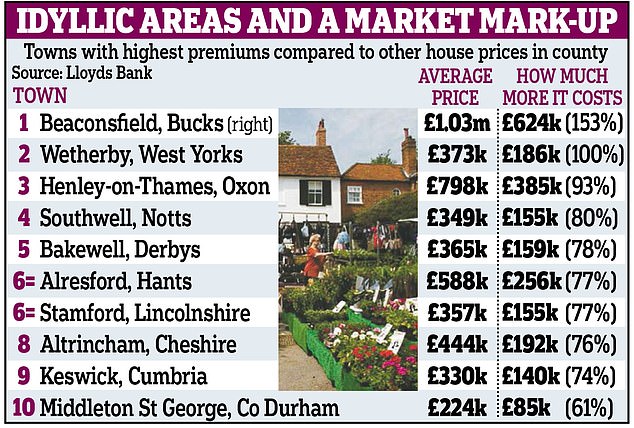 Meanwhile just behind Beaconsfield – England’s only million-pound market town – is Henley-on-Thames, Oxfordshire, with homes selling at an average of £797,436.Andrew Mason, of Lloyds Bank, said: ‘There are many reasons why homebuyers continue to pay a premium for market town properties – the idyllic surroundings of these close-knit communities make them the perfect place for many.’

This is thought to have been driven partly by a rise in stamp duty tax for the most expensive homes.