Adverts for Cadbury’s Freddo chocolate bar have been banned for breaking rules designed to limit children’s exposure to junk food.

The Advertising Standards Authority (ASA) investigated two complaints that a poster directed at youngsters was promoting a product high in fat, salt or sugar (HFSS).

The poster was seen on a bus stop near a primary school, the Cadbury website and two YouTube videos featuring imagery of Freddo the Frog.

The complaints also extended to a downloadable comic and audio book, which told the story of Freddo’s mission to hunt down his friend Toad’s missing hop. 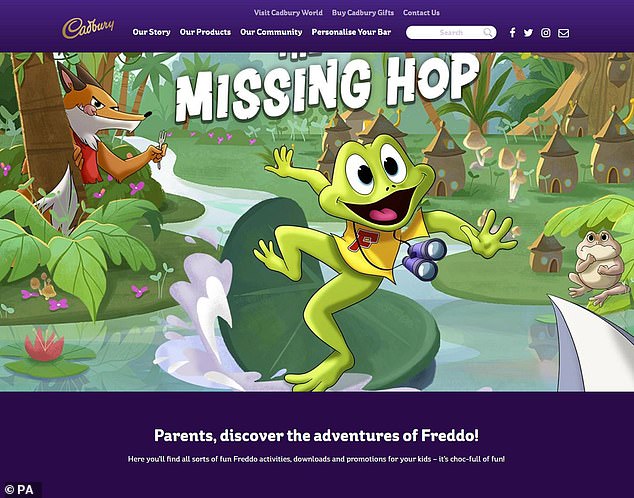 The poster was seen on a bus stop near a primary school, the Cadbury website and two YouTube videos featuring imagery of Freddo the Frog

Cadbury said the poster was mistakenly placed within 100 metres of a primary school due to an error by site owner JCDecaux.

It said its website was not focused on children under 16, did not have any child-friendly language, and its tone and presentation was not of any appeal to children.

The company also argued that neither of the two YouTube ads, one for Freddo biscuits and the other a ‘call to action’ to parents to visit the website, were of appeal to children.

Under current regulations, ads for HFSS products must not be directed at children, and no medium should be used to advertise such products if more than 25% of its audience is under 16.

The ASA said the proximity of the poster to the school was likely to mean that the ad’s audience was significantly skewed towards under-16s, and because of that it was directed at children through the context in which it appeared.

It also concluded that the website, including its promotions page, the comic and audio books and the two YouTube videos were all ads for an HFSS product but found that the promotions page and YouTube content were not directed at children. 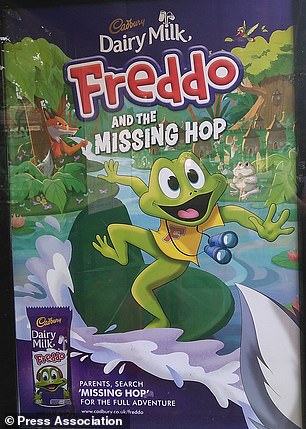 In the case of Cadbury’s YouTube channels, the ASA acknowledged that it was not possible to know what proportion of their audience were under the age of 18 because they could also be watched by unregistered users or users who were not logged in.

It banned the poster, website, and comic and audio books in the forms complained about, adding: ‘We told Cadbury to take reasonable steps in future to ensure that HFSS product ads were not directed at children through the selection of media or the context in which they appeared.’

A Mondelez spokeswoman said: ‘We have a long-standing commitment to not market directly to anybody under the age of 16, and on social media platforms we go above and beyond the advertising code – we only ever target our advertising to those over 18.

‘We are already taking the insights and views provided by the ASA as part of this ruling and applying those learnings to our future content so we can continue to build on our commitment in this area.’

In July last year, the ASA banned ads on Cadbury’s website for a storybook titled The Tale Of The Great Easter Bunny featuring children hunting for Easter eggs coloured the same purple as the company’s branding, and an activity pack featuring an image of a rabbit holding a Cadbury-branded purple egg.

The latest ruling comes as ministers are due to consult on policies to reduce childhood obesity, including a watershed for unhealthy food adverts on TV, and how to regulate on-demand and online adverts. 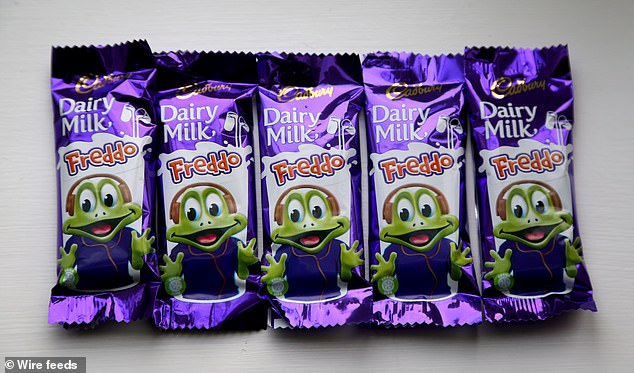