Jewish activists called on Jeremy Corbyn to consider his position after it emerged he had endorsed a book containing anti-Semitic ideas.

The Labour leader wrote the foreword for a new edition of JA Hobson’s 1902 book Imperialism: A Study while he was a backbencher in 2011.

He described it as a ‘great tome’ – even though it spread conspiracy theories about the Rothschild banking family and said finance was controlled ‘by men of a single and peculiar race’ who in turn controlled ‘the policy of nations’.

The Jewish Labour Movement slammed Mr Corbyn yesterday for endorsing ‘anti-Semitic propaganda’ and said he should consider quitting. And the Board of Deputies of British Jews said he should provide a ‘full explanation’ for his actions. 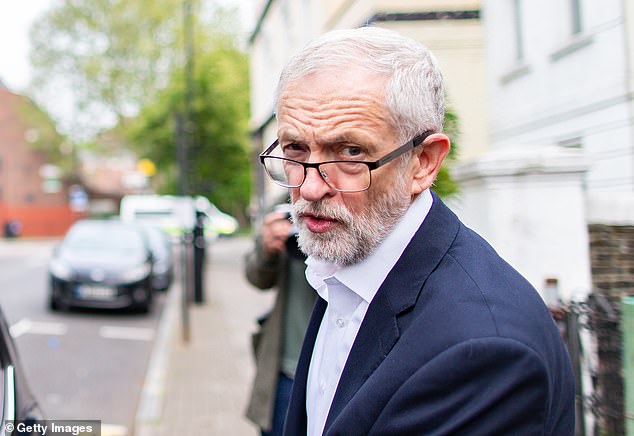 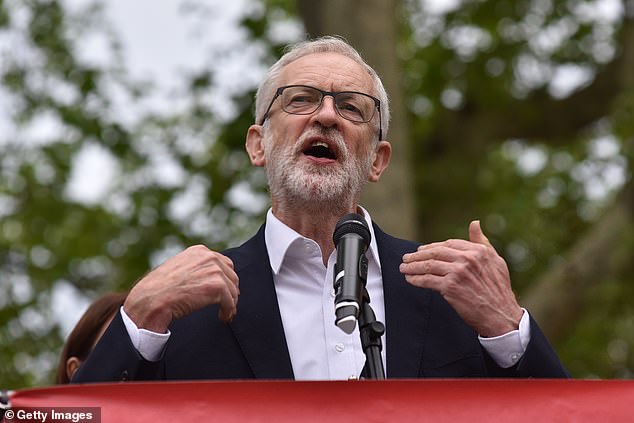 Mr Corbyn still had not apologised last night, with a spokesman merely saying that ‘Jeremy completely rejects the anti-Semitic elements’ of the book. In the foreword, he praised the ‘brilliant’ analysis of western imperialism at the turn of the 20th century, which was ‘very controversial at the time’.

He also praised Hobson’s ‘correct and prescient’ passages ‘railing against the commercial interests that fuel the role of the popular press with tales of imperial might’.

In his book, Hobson invoked an anti-Semitic Rothschild conspiracy theory, saying: ‘Does anyone seriously suppose that a great war could be undertaken by any European state, or a great state loan subscribed, if the house of Rothschild and its connections set their face against it?’

A fourth man has been arrested in connection with a dossier of alleged anti-Semitism by Labour members.

The 44-year-old was arrested in Newham, east London, and remained in police custody last night.

An investigation was launched into alleged anti-Semitism among party members in November after a dossier of evidence was handed to the Metropolitan Police. The probe was prompted after an internal Labour file was obtained by LBC radio.

Three others were arrested in March on suspicion of publishing or distributing material likely to stir up racial hatred. It is understood that disciplinary action was taken by Labour against those thought to be under investigation, and they are no longer party members.

A Labour spokesman said the party is committed to challenging anti-Semitism. He added: ‘We welcome the police investigating these individuals’ alleged crimes.’

And he claimed that ‘great financial houses’ have ‘control which they exercise over the body of public opinion through the Press’.

A Jewish Labour Movement spokesman said: ‘Once again, Labour members find that their leader has endorsed anti-Semitic propaganda. Given how much he says he abhors anti-Jewish racism, Jeremy Corbyn must be the unluckiest anti-racist in history. But in truth, it’s no accident that he’s praised an author who peddled what we would recognise as left anti-Semitic tropes.’

The organisation said it would be submitting a complaint to the Labour Party and asking the Equalities and Human Rights Commission to include it in their potential investigation.

Marie van der Zyl, president of the Board of Deputies, said: ‘This is pure and unequivocal racism’, while Foreign Secretary Jeremy Hunt also condemned Mr Corbyn, adding that he should apologise for writing the foreword and accusing him of having ‘massive blind spots on anti-Semitism.’

However, a party spokesman said the Labour leader stands by his contribution to the publication and denied that he was ‘blind’ to one form of racism.

He said the book contains ‘language which most people would regard as repugnant and racist not just in relation to Jewish people, but about Africans and Asians across the board. It is not that he [Corbyn] didn’t notice those things. It is not that he couldn’t see that. It is the fact that he wasn’t talking about that.’ 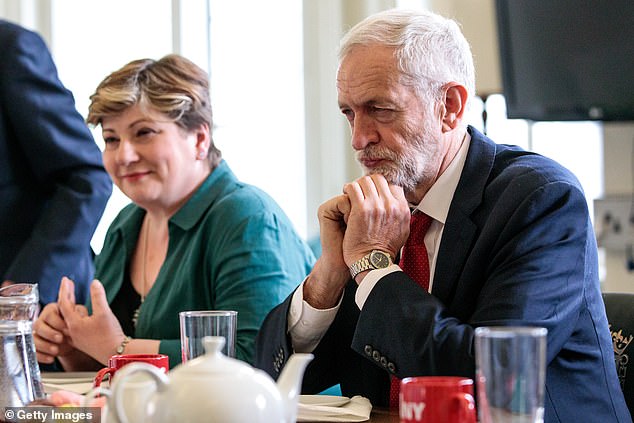 Meanwhile Labour grandee Lord Prescott was accused yesterday of ranting at a Jewish journalist that the party’s anti-Semitism crisis was all ‘about Israel’.

The Jewish Chronicle reported that the peer was asked by the journalist, who asked to not be named, how best to resolve the issue, to which he said: ‘Is there anything you can do about Israel and its behaviour?’

He went on: ‘All of this is about Israel… dead children.. settlers on someone else’s land.’