A commuter has died after ‘falling from the escalators’ at Canary Wharf station in London.

An air ambulance and police officers were rushed to the station in the capital’s finance district at around 3pm.

Horrified witnesses reported seeing ‘blood everywhere’ as paramedics desperately tried to save them. They were pronounced dead at the scene. 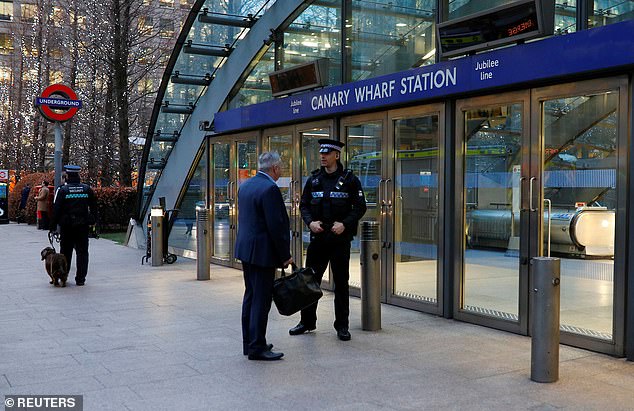 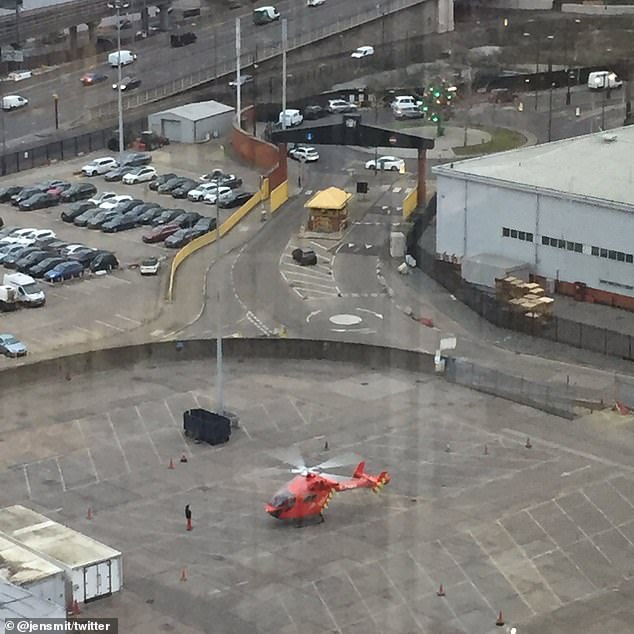 A British Transport Police spokesman said: ‘Officers were called to Canary Wharf London Underground station at 3pm today after reports of a person falling from the escalators.

‘Colleagues from the London Ambulance Service also attended, however, a person was sadly pronounced dead at the scene.

‘Officers are working to inform their family. This incident is not currently being treated as suspicious and a file will be prepared for the coroner.’

The station was closed for just over an hour but re-opened at 4.15pm.

Police have not yet revealed the gender or age of the person while they work to identify them and inform their family.

One witnesses described seeing a body ‘laying on the ground surrounded by police’, and another said a person was ‘covered in those silver emergency blankets with emergency services around them on eastbound Jubilee Line platform’. 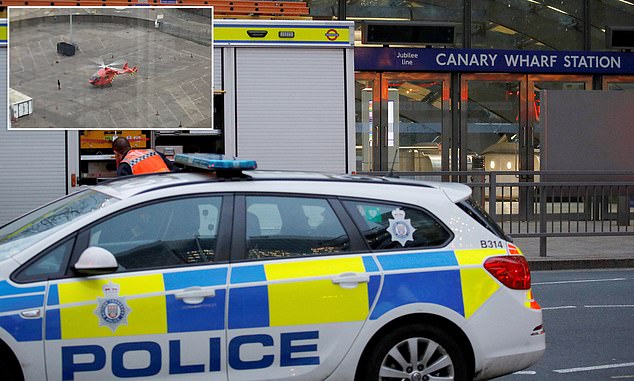 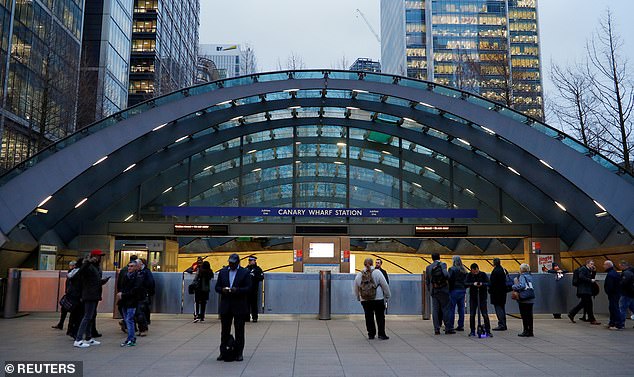 ‘There are a lot of paramedics tending to a man at the end of the eastbound platform,’ one person said, and another added that a colleague was ‘in tears on this floor’.

One woman described feeling ill after seeing ‘all that blood at Canary Wharf’.

A London Ambulance Service spokesperson said they were called at 2.57pm today to reports of an incident at the station and dispatched an ambulance crew, paramedics and London’s Air Ambulance to the incident.

‘Sadly, despite the efforts of our medics, a person died at the scene,’ they added.

One online commenter said: ‘This makes me feel ill each and every time I read of these incidents.’

For confidential support in the UK call the Samaritans on 116 123.