Tourists face having a carbon charge added to the price of plane tickets as part of efforts to cut greenhouse gas emissions.

Ministers are considering proposals that would force all airlines to introduce carbon offsetting payments to the sale of every ticket, The Times reports.

While the tax would be voluntary, holidaymakers will have to actively opt out of the payments. Similar measures could also be applied to trains, buses and ferries.

The plans come as Air Passenger Duty – which is paid by all passengers flying out of the UK, continues to rise – with rates set to increase again from April next year. 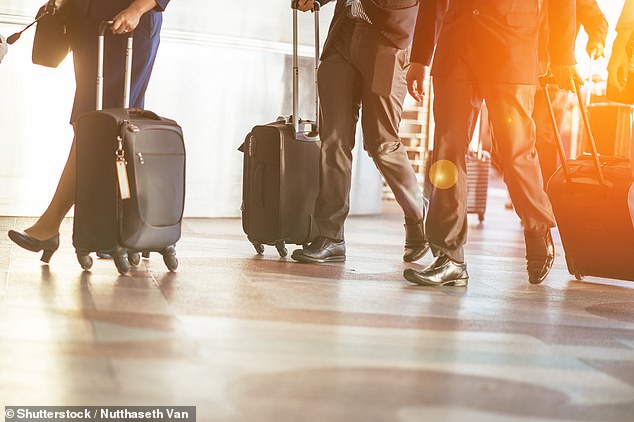 Passengers will be hit with the new charge with similar proposals set to hit trains, buses and ferries

It comes as part of proposed reforms to make the public more aware of the carbon emissions released by different modes of transport, while increasing payments to offset their environmental impact.

Operators could also be made to give passengers information about the carbon dioxide emissions caused by each journey when tickets are purchased.

Transport accounted for roughly a third of Britain’s CO2 output last year but, recent research has found, only half of airlines give passengers a chance to pay to offset emissions. 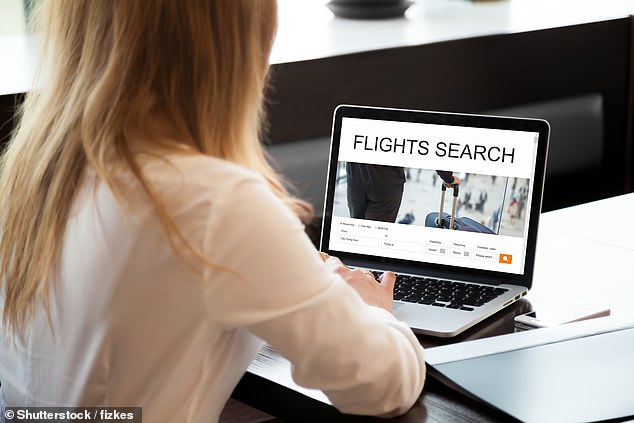 According to the BBC, just 1 per cent of customers chose to make the additional payment, which is typically spent on planting trees or installing solar panels. Ryanair offers is among the airlines to run an offsetting scheme while British Airways does not, although it does encourage passengers to donate to carbon reduction projects.

Last month the government committed to cutting greenhouse gas emissions to almost zero by 2050 as part of its efforts to tackle climate change.

The ‘net-zero’ plan will seek to eliminate all emission from homes, transport, farming and industry. When not possible, the government will invest in environmental projects to balance out Britain’s carbon footprint.

Transport Secretary Chris Grayling said: ‘An offsetting scheme could help inform travellers about how much carbon their journey produces and provide the opportunity to fund schemes, like tree planting, to compensate for those emissions.

‘However, our focus remains to target the development, production and uptake of zero emission technology across all modes of transport.’

Tim Aldersdale, Chief Executive of Airlines UK, said: ‘UK airlines are committed to decarbonising aviation and are working with government to continue progress through the introduction of new greener technologies, including more efficient aircraft and engines, sustainable aviation fuels and vital airspace modernisation.’

US sailors say videos of mysterious flying 'Tic Tac' objects were taken by 'unknown officials'
Thousands flock to the LGBT Tropical Fruits Festival for NYE
Witnesses tell how shocked accomplices fled as 'man in his 20s lay dying in a London street'
African soldier sues as army 'failed to protect him' from UK winter
Tanning addict, 35, was left with a HOLE in her nose after getting skin cancer
Coronavirus UK: Whole street applauds Hampshire paramedic
Angela Merkel tells Boris Johnson Brexit deal to ditch backstop CAN be done 'in the next 30 days'
The winning and shortlisted images in the open contest of the 2020 Sony World Photography Awards