DANNY RICHARDSON found himself leaving home at 4.15am and climbing three mountains in a day – and could not be happier.
The Castleford new boy found himself alongside his team-mates taking part in a Three Peaks challenge, where people climb the Yorkshire Dales summits of Pen-y-Ghent, Whernside and Ingleborough in one day. 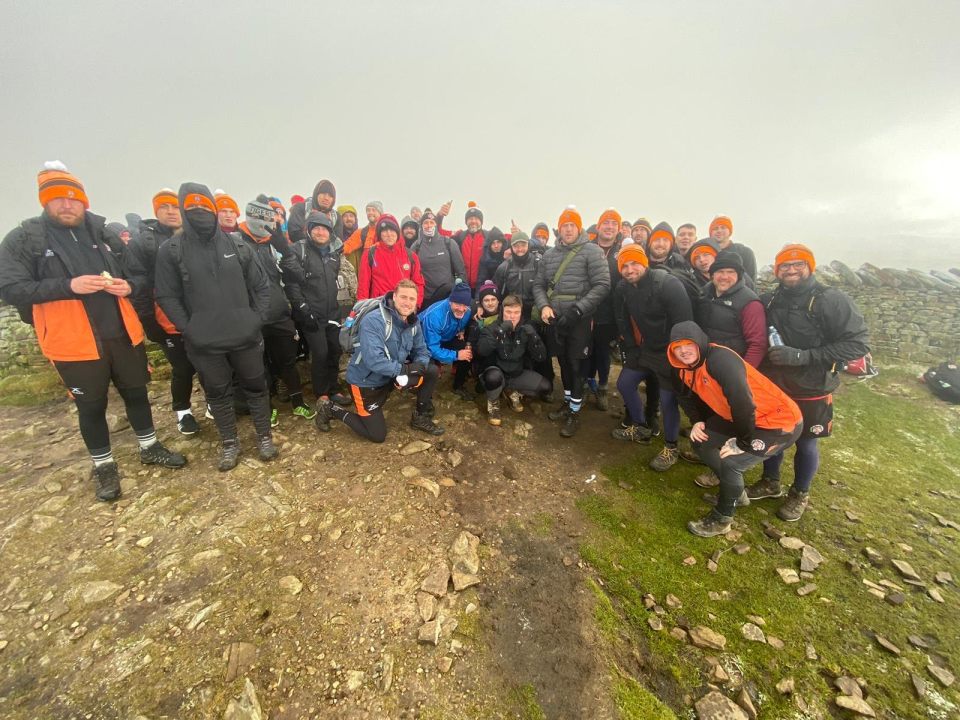 He was among the first group of players to complete the challenge, the involved 24miles of climbing, an ascent of 5,300 feet, freezing conditions and blizzards.

However, despite not getting back to his warm base until 8pm, the 23-year-old could not take the smile off his face.

“It was one of the hardest things I’ve done,” said Richardson, who left St Helens feeling like he has a point to prove.

“I got up at 4am and left at 4.15am as I knew we were leaving Castleford at 4.45am. I was told two or three weeks before that we were doing it.

“I hadn’t done any research into the Three Peaks, I just thought, ‘It’s walking up a mountain, what more can it be?’

“But I knew it was going to be hard – just not as hard as it really was! It was freezing. We got to the peak of Whernside and there was a blizzard!”

Castleford’s challenge on Saturday was all for a good cause and has the aim of raising £10,000 for the Prince of Wales Hospice in neighbouring Pontefract, West Yorkshire.

You've been pronouncing N'Golo Kante's name wrong all this time

IT's NOT YOU IT'S MEONE

Simeone on for Atleti 'divorce' amid boardroom unrest and poor form

Rapinoe calls out Messi, Ronaldo & Zlatan for not speaking out against sexism

Now after proving he can rise to a challenge off the field, Richardson is itching to rise to one on it after feeling he was pushed out of St Helens.

He added: “I always believed I was good enough to play there but someone else didn’t. I want to prove people wrong.

“I just felt that last season my face didn’t fit for whatever reason. I was more confused than anything.”