There was something eerily familiar about the latest political rally for Change UK, the new political party made up of huffy MPs looking to overturn the referendum.

A mild pang of nervous embarrassment hung in the air. The sort that lingers when the boss starts telling dad jokes, or the bride and groom’s parents approach the dancefloor with ill-deserved confidence.

What was about it about yesterday’s event that was so cringe-making? 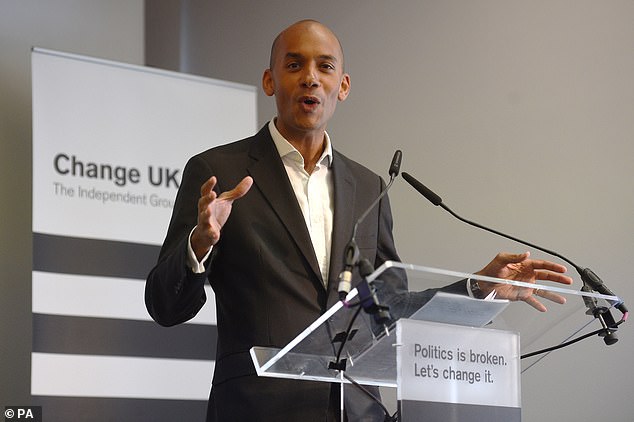 Perhaps it was Anna Soubry and Chris Leslie’s Cannon and Ball-style warm-up act. Or the way the Changers had filed in giving us cheeky TV gameshow contestant waves.

Or was it Chuka Umunna boasting from the podium that the event had ‘sold out’ within 45 minutes of being announced. (Barring journalists and organisers, there couldn’t have been 100 people there.)

Whatever it was, the claim of this discombobulated coalition of the frustrated and the disenfranchised to be changing politics isn’t far wrong. They’re making it naffer than ever before.

We had gathered at a conference centre behind Westminster Abbey in what I thought was called the Harvey Weinstein suite. It was actually the Harvey Goodwin suite, named in honour of the one-time Bishop of Carlisle. Oops. 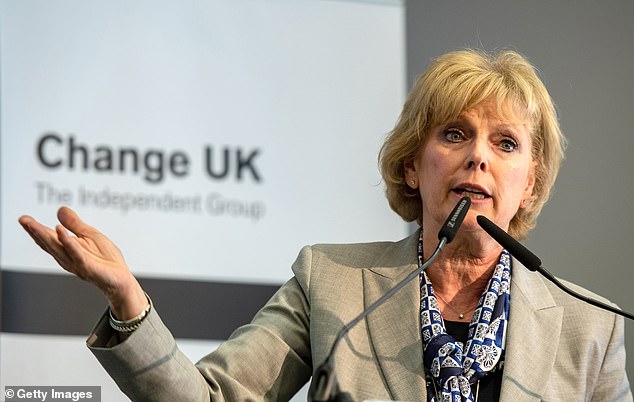 Umunna took the role of master of ceremonies, hogging the microphone for the majority of the hour-long rally. Odd, because he is not party leader. That dubious honorific belongs to glossy ex-Tory MP Heidi Allen.

For most of the time, Heidi, whose giddy charms and Simon Cowell-style vocab owe more to morning chat show sofas than Westminster, was unceremoniously shoved to the background, though Umunna generously allowed her to introduce the party’s candidates for tomorrow’s local elections.

‘I’m so humbled by this team’s diversity,’ said Heidi, her hair bouncier than a Pantene model. Diverse? The candidates comprise a former BBC newsreader, a one-time deputy Polish prime minister, a QC and a corporate lawyer. It’s like the chattering class dinner party from hell.

We were introduced to ‘class act’ Gavin Esler, erstwhile BBC2 Newsnight host and now a ranty presence on Twitter. Homme sérieux Gavin told a clunky joke about how he’d nicknamed his dog Farage. 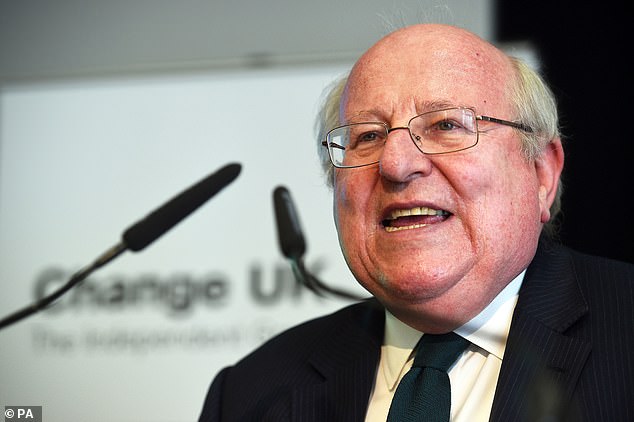 Mike Gapes admitted he campaigned to keep the UK out of the EEC in 1975, but says he has since changed his mind about Europe

‘He won’t go out in the rain; he leaves a mess behind him and expects others to clear it up!’ Ba-dum-tish! I never particularly enjoy jokes at a pet’s expense but head cheerleader Anna Soubry emitted a few enthusiastic guffaws.

Jessica Simor, a stony human rights QC from Cherie Blair’s old chambers Matrix, was up next.

Not one of life’s rib-ticklers, she argued that the result of the EU referendum was never meant to be set in stone. I’m pretty sure it was but she didn’t strike me as someone whose views are ever up for discussion.

As she sat down, Soubry clapped her hands supportively above her own head the way footballers do at the end of a match. 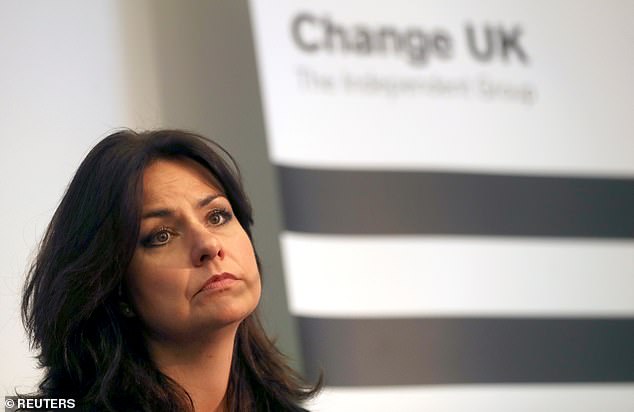 We also heard from Mike Gapes, who admitted he was among the Lefties who campaigned to keep the UK out of the EEC in 1975.

He’d since changed his mind about Europe (‘yay!’) but one of his Labour colleagues at the time hasn’t – Jeremy Corbyn (‘boo!’).

Labour, he said, were helping to facilitate Brexit – as if this was the most unreasonable thing in the world. ‘Let’s change politics!’ he hollered, face by now red as a balloon.

Gapes, a heavy-footed old Labour man who’s been an MP for more than 25 years, looks markedly out of place among these metropolitan swanks.

Is extra effort being made among his colleagues to placate him?

Soubers kept yelling ‘What a star!’ at him, as though he were some sort of political newcomer.

There was time for few questions at the end, the majority of which Umunna – surprise surprise – opted to handle himself.