Thousands of holiday-makers were forced to leave Luton Airport this morning after a passenger ‘accidentally’ sounded a fire alarm.

Footage showed crowds rushing through the terminal as an announcement told them to leave at the nearest available exit.

An airport spokesman said that the alarm had been accidentally triggered at 7.15am, causing the airport to be evacuated for 20 minutes. 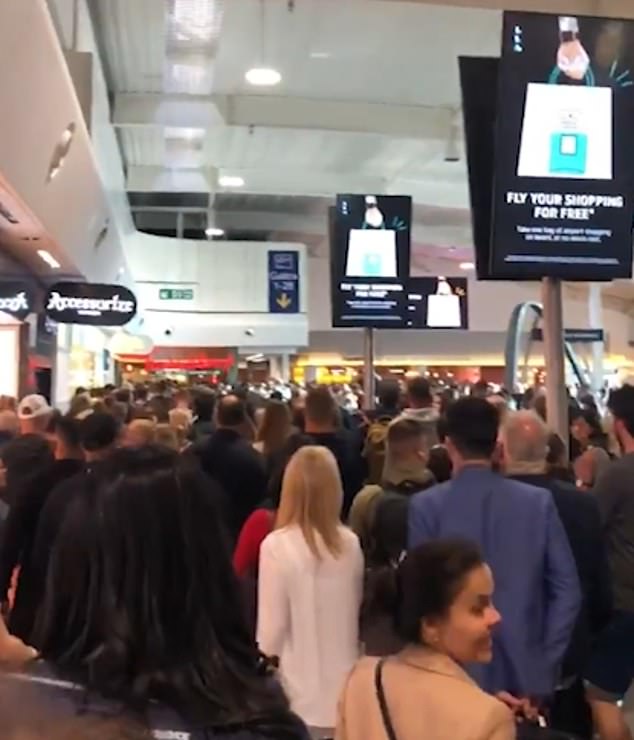 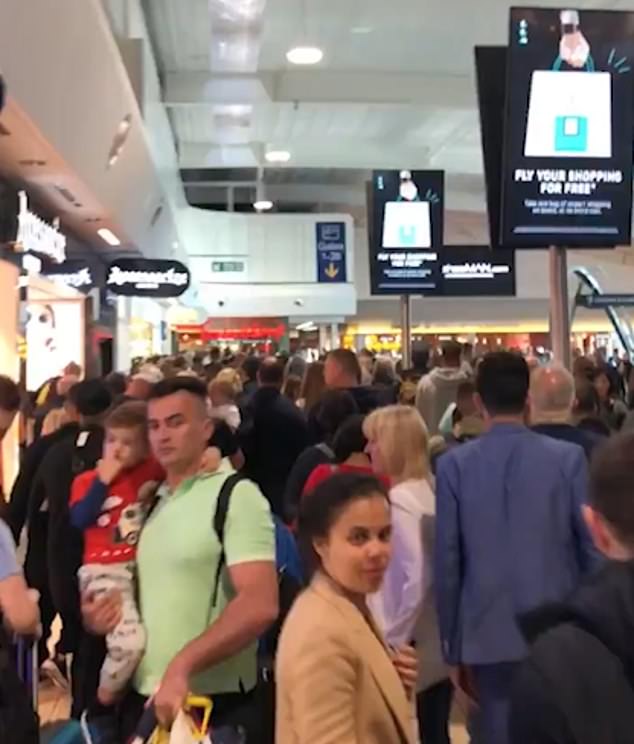 They were ushered back into the terminal after leaving for 20 minutes at 7.15am this morning

‘Exits locked and no staff to assist thousands of passengers trying to exit the building,’ complained the filmer.

‘Further to that, alarms in different parts of building giving out different advice,’ he added.

A spokesman for Britain’s fifth-busiest airport said the evacuation was caused after a passenger ‘accidentally triggered a fire alarm’.

‘The departure lounge was briefly evacuated at approximately 7.15am.

‘Staff and passengers were able to return to the building some 20 minutes later.

‘We would like to thank them for their patience and apologise for any inconvenience.’

FBI says it presumes base shooting was act of terrorism
Jonathan Nguyen shares pictures of his age-defying mother
Police are blasted for boasting online of hat-stacking game while knife crimes soars across UK
VIP paedophile ring 'fantasist' known as Nick, 51, fled an interview room in tears
MPs will not decide on a Brexit Plan B for another fortnight
TV licence sales decline by 37,000 for the first time in ten years
Alan Dershowitz and Ken Starr will be part of Trump's defense team
Heatwave will return to the UK in time for August Bank Holiday weekend