Chester Zoo has been evacuated after a huge fire broke out at the attraction in the north-west of England.

Visitors and animals had to be led away from the blaze as fire crews tried to bring the fire at the Monsoon Forest area under control.

Pictures and video showed huge clouds of black smoke pouring out of the venue, which is home to 21,000 animals.

One witness tweeted that the blaze ‘seemed to be getting worse’ and had ‘broken through in multiple places’. 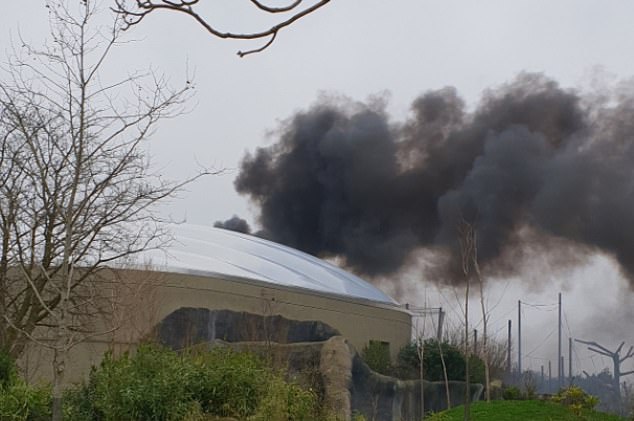 Another said: ‘It’s very upsetting to see and judging by the speed I watched the fire grow, I’ll be surprised if there are no animal casualties.’

Four fire engines are said to be at the scene as they try to bring the huge fire under control.

A Welsh Plaid Cymru MP was among the people evacuated, saying: ‘Hope all staff & animals are OK. Evacuation handled excellently.’

Chester Zoo said in a statement: ‘We can confirm that the fire brigade is attending a fire in our Monsoon Forest habitat.

‘Visitors have been evacuated and asked to leave the zoo as teams work to bring the situation under control.

‘The zoo’s animal teams are working to move all animals away from the incident.’ 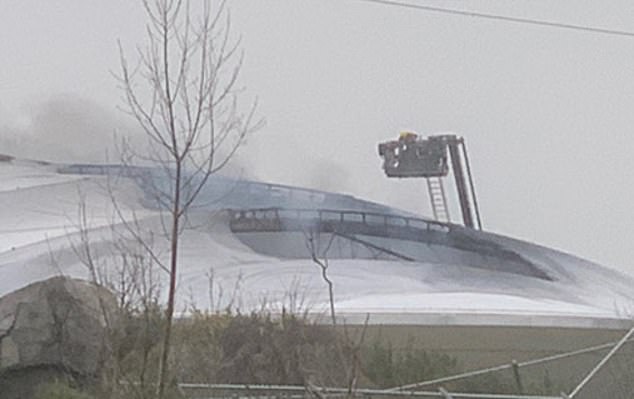