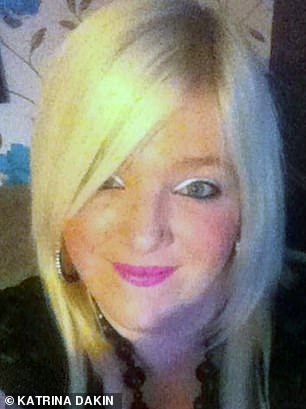 Katrina Dakin, 31, said the school ‘punished’ her two boys, who were left hungry because she owed money for their lunch

A mother has claimed a school behaved ‘like something out of a Charles Dickens novel’ after it ruled her children could only have bread and butter for lunch because she owed £17.60.

Katrina Dakin, 31, said Ravensdale Junior School in Mickleover, Derbyshire, cruelly ‘punished’ her boys Levi, nine, and Tyler, ten, who were left hungry because she owed money for their lunch.

The headteacher said the ‘bread and butter’ rule was brought in so that children are denied a school lunch whenever a family owes more than £10.

But the mother-of-six said it was wrong to punish children if there is a dispute over money owed – and her boys were left with bread and butter and an apple.

She likened it to Oliver Twist begging for more gruel to eat in a Victorian workhouse in the classic 1840s Dickens novel.

Ms Dakin, who works 12-hour night shifts at a care home, said she was catching up on sleep when she got daytime texts on Monday from the school saying that her boys had ‘ordered lunch without payment’. 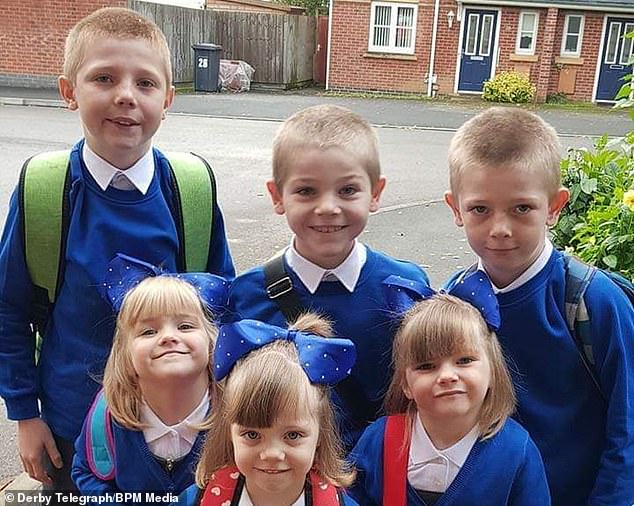 Ms Dakin’s sons (back, from left) Callum, Levi, Tyler and (front row, from left) daughters Kaitlin, Poppy and Lilly pose for a photograph in their school uniform in Mickleover, Derbyshire

The first said ‘Despite our text messages, Levi and Tyler have ordered lunch today without payment. Please pay online or over the phone before 11am or we will not provide lunch.’

An hour later, a second text read: ‘As we have still not received payment for dinners, the boys will be given bread and butter and an apple at lunchtime.’

Ms Dakin, who lives with her partner Jason, 47, said: ‘It’s disgusting making them sit in front of their friends and eat bread and butter. If I sent my children to school with bread and butter I’d have social services knocking at my door. It’s child neglect.

‘I work nights so when I turned my phone on at 1.30pm I saw the text when I woke up. I paid it straight away. I owed the school £8.80 per child but they know I always pay it. If the school had confronted me at the start of the day when I took them to school, I would have paid it.’

Ms Dakin said she did not realise she owed the money because her sons had ordered dinners as well as taking a packed lunch before the Easter holidays.

She said she did not recall receiving any other text messages from the school prior to Monday. 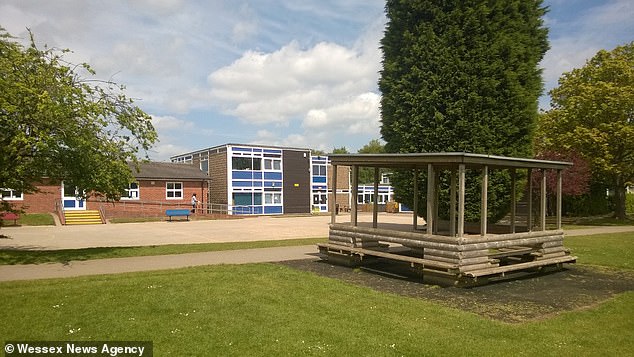 The headteacher of Ravensdale Junior School in Mickleover, Derbyshire, said the rule was brought in so that children are denied a school lunch whenever a family owes more than £10

Fearing her boys would be hungry, she contacted the head teacher and said she would pick them up from school early.

Ms Dakin said: ‘I took them straight to the shop for a meal deal. They were really hungry. They told me they were called to the office, away from their friends, and made to wait for their bread and butter. All the parents think it’s really bad.’

She said Levi and Tyler were so upset that they have told her they ‘never want school dinners again’.

Ms Dakin, whose children are Callum, Levi, Tyler, Kaitlin, Poppy and Lilly, is now reconsidering sending the younger ones to the same school.

A spokesman for the school, which has nearly 360 pupils aged seven to 11, said it was policy that once a family owe £10 or over, the children are not given dinners.

‘At Ravensdale, we pride ourselves on the quality of our freshly-cooked lunches, providing three choices each day for pupils, as well as a salad bar and a piece of fruit with dessert.

‘However, we cannot afford to let a child have a free dinner if they are not entitled to one and nor is this fair to our other parents. 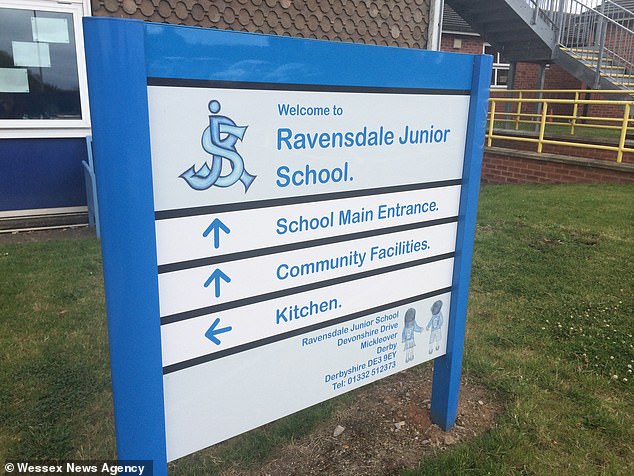 A spokesman for the school, which has nearly 360 pupils aged seven to 11, said it was policy that once a family owe £10 or over, the children are not given dinners

‘Our policy is that once a child or family owe £10 or over, the child will not be given a dinner.

‘On these occasions (which are rare) governors decided that children would be given bread and butter/jam and a drink instead. This was deemed to be the kindest option, whilst still being fair to all parents.

‘Schools receive no extra funding for meals and the food, staffing costs and the running of the kitchen all have to be financed through dinner money payments.

‘Parents are always sent a text on the day they go into debt and this will happen on a daily basis when the school is in session, until the debt is paid.

‘Any parents who were in debt before the Easter holidays received text messages and our office manager even sent out texts on Sunday morning before we came back to school for the new term.

‘If a child is due to be given bread and butter that day, their parents are contacted by phone to give them every opportunity to either pay, or provide a packed lunch. Most parents use our online payment system, making it easy to pay at any time.’

Harry and Meghan plan 'to take Baby Sussex on royal tour of Africa' in the autumn
Deep learning AI can spot an irregular heartbeat from a scan that doctors see as normal
Women share the most irrational things they have done 'under the influence of hormones'
Two injured in accident involving official government motorcade
Coronavirus UK: Care Minister slammed for PPE failure
London's murder toll hits 60: Man in his 40s is found stabbed to death
Man fighting for life after Audi driver 'deliberately' ploughs into crowds
Taylor Swift and Karlie Kloss' friendship turned sour over 'crazy' argument