These chilling CCTV images show a mother’s final moments after she boards a bus and walks on the school run before being brutally stabbed and killed by her estranged husband, a court has heard.

Brazilian Ricardo Godinho saw the CCTV images from the dock, where he sat accused of the murder of Aliny Mendes, 39, near a school in Ewell, Surrey, on February 8.

After travelling to the scene by bus, the mother-of-four was killed in a frenzied attack when the 41-year-old got out of a Ford Ranger pick-up truck before stabbing her, prosecutor Katherine Lumsdon QC told the court.

The 39-year-old Brazilian screamed in horror when she saw Godinho come running and hunched over from the truck – and he inflicted several devastating knife wounds to her upper body, Ms Lumsdon said. 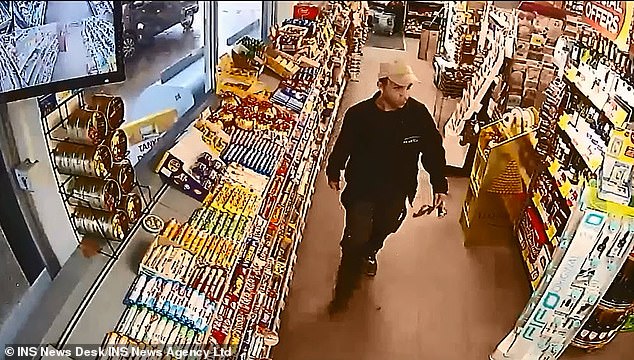 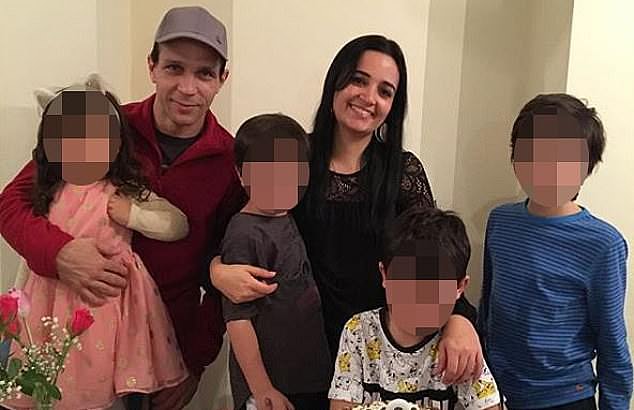 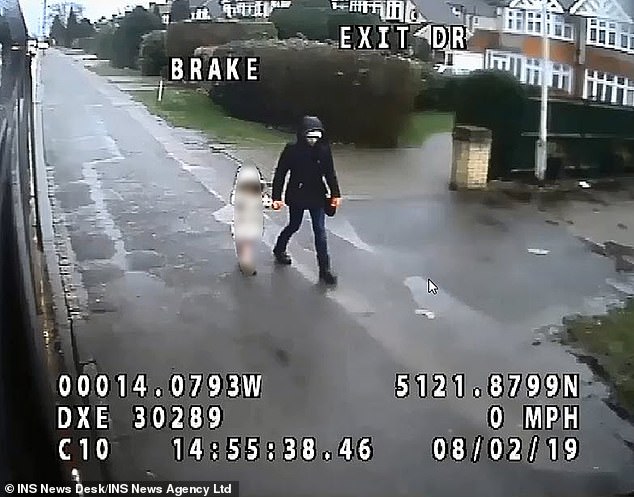 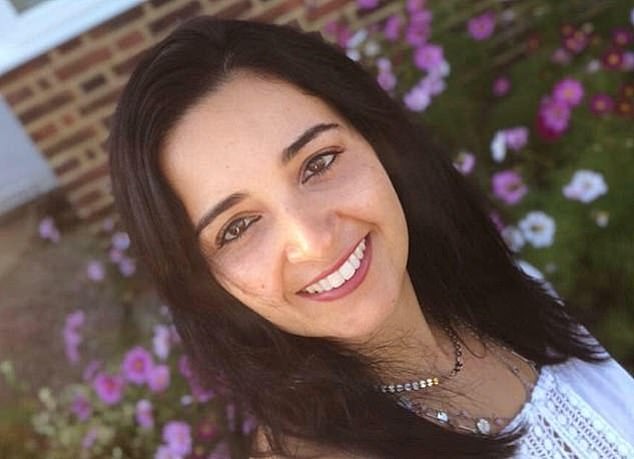 The attack to Ms Mendes’s chest and neck, in the pouring rain, was witnessed by horrified passers-by in the street – including by mothers on the 3pm school run

Godhino admitted manslaughter, the court heard, but he denies murder and possessing an offensive weapon.

Mrs Justice Thornton and a jury were shown the eerie CCTV footage of the moments leading up to Godinho’s fatal attack – in one sequence, the 41-year-old was seen pulling up at a petrol station just minutes before and filling up his black Ford Ranger.

The jury watched as he walked into the service station wearing a beige cap and his dark work overalls and footage showed him climb back into his car and – the prosecution and police suggested – rummage around his glovebox, and preparing the kitchen knife with which he would kill his ex-wife.

The court also saw footage from the bus on which Mrs Mendes travelled with her daughter; with mother dressed in dark coat, red gloves and woolly hat and daughter in a large white coat with hood up.

They boarded the vehicle before meeting other parents en-route, and finally getting off at the Sparrow Farm Road bus stop.

Meanwhile, CCTV footage from the bus showed the rear view of Godinho, in the black truck, attempting to pull out of Nonsuch Park and startling two motorists, driving a red car and then a black car, with his rash and aggressive attempts to pull into the main road and pursue Ms Mendes. 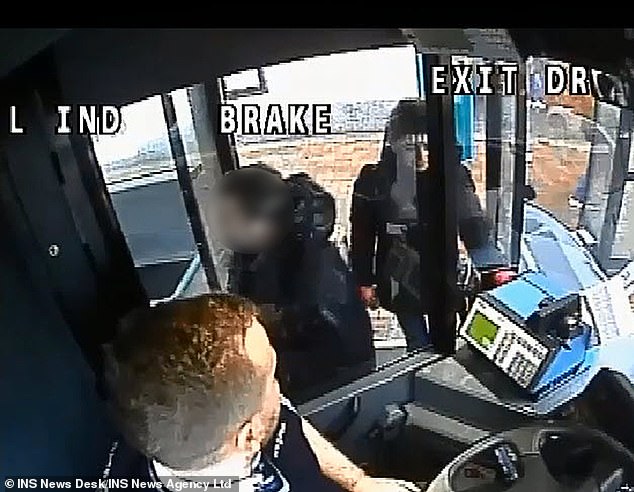 The court also saw footage from the bus on which Ms Mendes travelled with her daughter, shortly before she was attacked

Footage from the bus showed the chilling moments the mothers walked down the pavement and as the bus drove further into the distance, the jury could faintly distinguish his vehicle mount the kerb behind them – in the seconds before he began his senseless assault.

The attack to Ms Mendes’s chest and neck, in the pouring rain, was witnessed by horrified passers-by in the street – including by mothers on the 3pm school run, the jury heard.

The court heard that Godinho, after stabbing Ms Mendes, had fled the scene in the truck and driven back to the office of his maintenance company nearby before telling his secretary: ‘I stabbed Aliny. I think she is dead. I stabbed her several times.’ He subsequently rushed from his office in a Renault van. 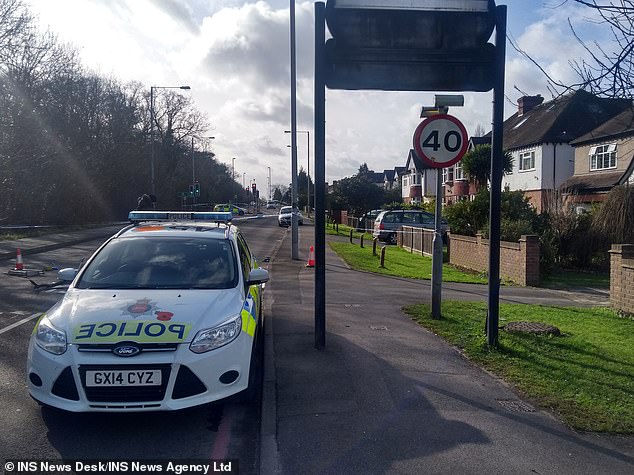 Police at the scene of the attack. Godinho fled after the alleged stabbing and drove back to the office of his maintenance company

His secretary, Andreia Cordoso, called police and officers tracked Godinho using the tracking systems used on his company’s vehicles and he was arrested a short time after the attack, the jury heard.

Ms Lumsdon QC said he was interviewed by police but made no comment and while in custody was overheard by an officer saying: ‘I kill my wife because of f****** problems.’

Godinho, of Epsom, Surrey, appeared before a jury of seven women and five men, wearing a blue jumper. He had short dark hair and dark eyes and spoke only to confirm his name.

He is of Brazilian and Italian nationality and appeared in court with the help of a Portuguese interpreter and was represented by defence barrister Tom Little QC.

The High Sheriff of Surrey, Mrs Bridget Biddell, appeared alongside Mrs Justice Thornton at the head of the court.

The trial, which was estimated to last 10 days, continues at Guildford Crown Court.

Indigenous activist calls to RENAME Australian state of Victoria
The EU 'will demand a two-year delay to Brexit for a second referendum or softer deal'
Male superheroes are too obese and the girls are often underweight, say scientists
Queen Letizia of Spain hosts reception with King Felipe VI in Madrid
ISIS 'is using WILDFIRE as terror weapon against its enemies'
Meghan Markle's Michelle Obama interview revealed
Zara Tindall's secret deal with £100,000 tycoon
X Factor Celebrity: Vinnie Jones is sent through to the live finals