CHINESE scientists secretly found a virus strain similar to COVID-19 in an abandoned mine in 2013 but kept the discovery secret, according to a shocking new report.

An investigation by The Sunday Times claims the closest linked “strain” to coronavirus was discovered in a bat and rat infested mine in 2013 and was stored for years at a virology lab in Wuhan.

The discovery, made seven years ago at the copper mine in south west China, is said to be the strongest lead yet in the hunt for where the pandemic began.

But the newspaper alleges the country did not publicly share the information about the sister virus.

It was found after six men were struck down in 2012 with fever, coughs and pneumonia, half of them fatally, after working in the mineshaft.

The report says four of the men tested positive for coronavirus antibodies – but two died before they could be checked.

The allegations come after Donald Trump in April said he had a “high level of confidence” that COVID-19 came from the Wuhan Institute of Virology after seeing evidence.

The Wuhan Institute of Virology in Wuhan, China, where the COVID-19 pandemic was said to have began at the end of 2019[/caption] 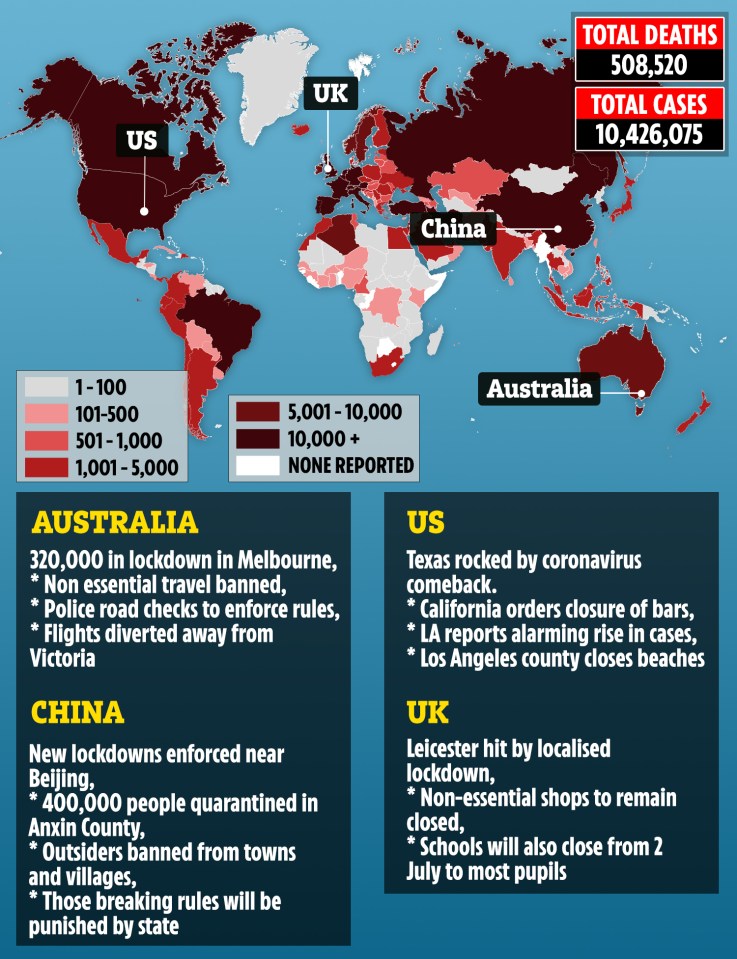 The president announced in June that he would withhold funding to the World Health Organization (WHO) over their handling of the virus outbreak, in which they praised China’s attempts to “contain” the virus.

But after recent pressure from the WHO, China is to launch an investigation into claims the the virus could have leaked from the Wuhan laboratory.

The institute – the largest infectious disease lab in the world – is alleged to have been carrying out high-risk experiments to increase the infectivity of coronaviruses in an attempt to understand the mechanisms that might cause a pandemic.

The newspaper says researchers collected hundreds of coronavirus samples from remote regions of China and brought them back to the city.

Spain locks down area with 400,000 people – just as Brits head there on holiday

However, the Wuhan Institute claims experiments were shelved because they did not believe the strain was a close enough match to the Sars virus.

However, scientists have questioned the likelihood of this scenario.

Nikolai Petrovsky of Flinders University in Adelaide told The Times: “If you really thought you had a novel virus that had caused an outbreak that killed humans then there is nothing you wouldn’t do — given that was their whole reason for being [there] — to get to the bottom of that, even if that meant exhausting the sample and then going back to get more.”

To receive The Sun’s Coronavirus newsletter in your inbox every tea time, sign up here.

Get Britain’s best-selling newspaper delivered to your smartphone or tablet each day – find out more.