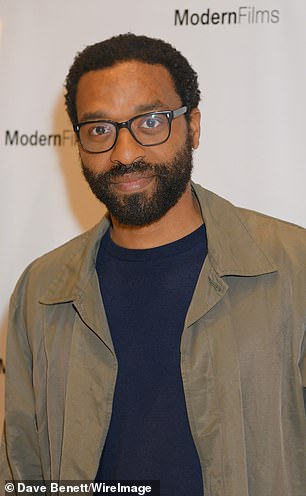 One of the most glorious ways to waste time is with Google Earth, a mosaic of high-definition satellite images covering all the globe.

You start by looking up your own street and spend the next few hours scrolling back and forth over the world’s landscape like an astronaut with a jet-pack.

Earth From Space (BBC1) is that experience with the bonus of stately narration from Chiwetel Ejiofor, an actor who could read a McDonald’s menu and make it sound like a soliloquy from King Lear.

This was an hour of ravishing, apparently abstract images that gradually resolved into recognisable views. Midges swirling over grassland became a vast herd of wildebeest.

A blizzard of black spots, like mould on the Atlantic shoreline, was revealed as a colony of fur seals. Varicose veins spreading up America’s west turned into the San Andreas Fault and the Grand Canyon.

There was so much to see the show couldn’t linger anywhere for long, and that sometimes felt frustrating. In Mozambique, the orbiting cameras spotted a pristine rainforest on an isolated outcrop of high cliffs, where man has never trod. We zoomed over and left it behind.

As I remember, that ‘table-top’ mountain mirrors the setting of Arthur Conan Doyle’s The Lost World. Professor Challenger found dinosaurs there. We should at least have stopped for a look.

The real value of the pictures was in the secrets on display that are hard to discern at ground level. We watched a colossal iceberg break away from the frozen shelf of Antarctica, and picked out emperor penguin colonies by the stains of droppings they left behind. 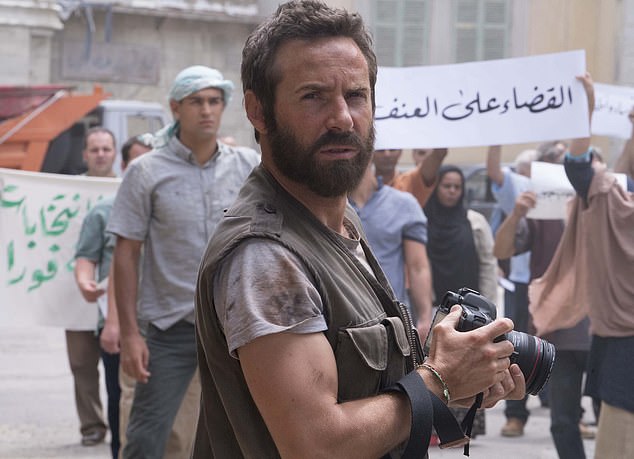 Criss-crossing waterways bulldozed by hippos in the swamps of the Okavango Delta unravelled like a roadmap of Spaghetti Junction. Two volcanic islands in the South Pacific became one as more lava bubbled up.

The kung fu masters who devised the mass choreography couldn’t have known but, from above, the red robes of the trainees looked like sparks in a kaleidoscopic fireworks display. It was beautiful.

The images of China in the photo-journalism thriller Chimerica (C4) were less lovely. Alessandro Nivola plays Lee, a warzone camera ace whose prize-strewn career disintegrates after he is caught doctoring a picture — using Photoshop to add a gun-toting soldier to a photo of a Syrian marketplace in the aftermath of a bombing.

There’s the seed of a great Christmas ad in that tale.

To win back his job, Lee decides to track down the star of his most famous photo: the young man who stood in front of tanks in Tiananmen Square, Beijing, in 1989.

Everything about this story jarred. For a start, no decent war photographer would dream of sticking two images together with digital Sellotape. It’s beyond unforgivable, and makes Lee deeply dislikeable… even before he accosts the journalist who exposed him, marching into her office to publicly sneer at her web-based job.

The drama also makes a big deal of despising President Trump, but its storyline can only stoke the White House pretence that ‘fake news’ is endemic in major American newspapers.

Based on a stage play, Chimerica takes a vaguely colonial attitude to China, making the assumption that everyone there is fascinated by U.S. politics and desperate to watch YouTube. They really aren’t.

And why are we expected to sympathise with Lee’s plan to track down the lone protester who has been in hiding for 30 years? He might get a very brave man killed.

CHRISTOPHER STEVENS reviews The ABC Murders
Dally M Medal: Celebrity stylist reveals the elaborate SIX WEEK process that goes into the Dally Ms
Can YOU name all the films? New brain teaser has left the nation scratching their heads
Kim Jong-Un's wife Ri Sol-ju is seen in public for first time in 4 months
Gigi Hadid is officially dismissed as a juror in Harvey Weinstein's trial
Nazi 700mph rocket plane was a death trap as deadly for its own pilots as Allied planes, X rays show
Prosecutors say they will take no action against Prince Philip over Land Rover crash
Tina Turner on her ex Ike, how 'loneliness' drove her son to suicide and whyb she will not tour