Spectacular images from during the D-Day landings and the Second World War have been brought to life in a series of colourised pictures showing how people lived during one of the worst conflicts in history.

A colourised photograph shows a young girl in Northwich wearing a wide smile and patterned dress, ready for a dance class.

She reveals the universal feeling at the time where people would try to find ‘any excuse to dress up and have fun during the difficult times’ and strained diplomatic relations.

The pictures of world war memories have re-emerged and been restored to colour as part of Chums photos #MemoriesInColour campaign.

In the beautiful collection, a photo has helped a woman see the resemblance to her mother who put her up for adoption during the Second World War.

Margaret said the similarities to her mother Florence Fletcher, who is photographed with husband Lewis wrapping his arm around her waist, are ‘uncanny’.

Meanwhile Edward Lovegrove, who was born in 1903, lived in Ealing and drove tanks in Africa as part of the North Africa Campaign during the Second World War.  It is thought he could have been driving one of the 50 heavily armoured Matilda IIs of the 7th Royal Tank Regiment.

He is photographed on a makeshift bed cleaning in north Africa, at Christmas in 1942. He sent the picture to his wife and baby at home. His two other children had been evacuated, according to Chums.

His deployment came after Benito Mussolini declared war on Britain and France in 1940, and the Italian Fascist dictator got his troops to invade Egypt from their colony in Libya. Here British troops went head-to-head with German soldiers who supported Italy.

Other vivid pictures show a man, who fought during Dunkirk, perched on a step deep in thought with a small bird balanced on his finger, and a soldier, who was part of the Survey Regiment between 1940-46, smiling as he gets ready to be parachuted into enemy territory in France just before D-Day. 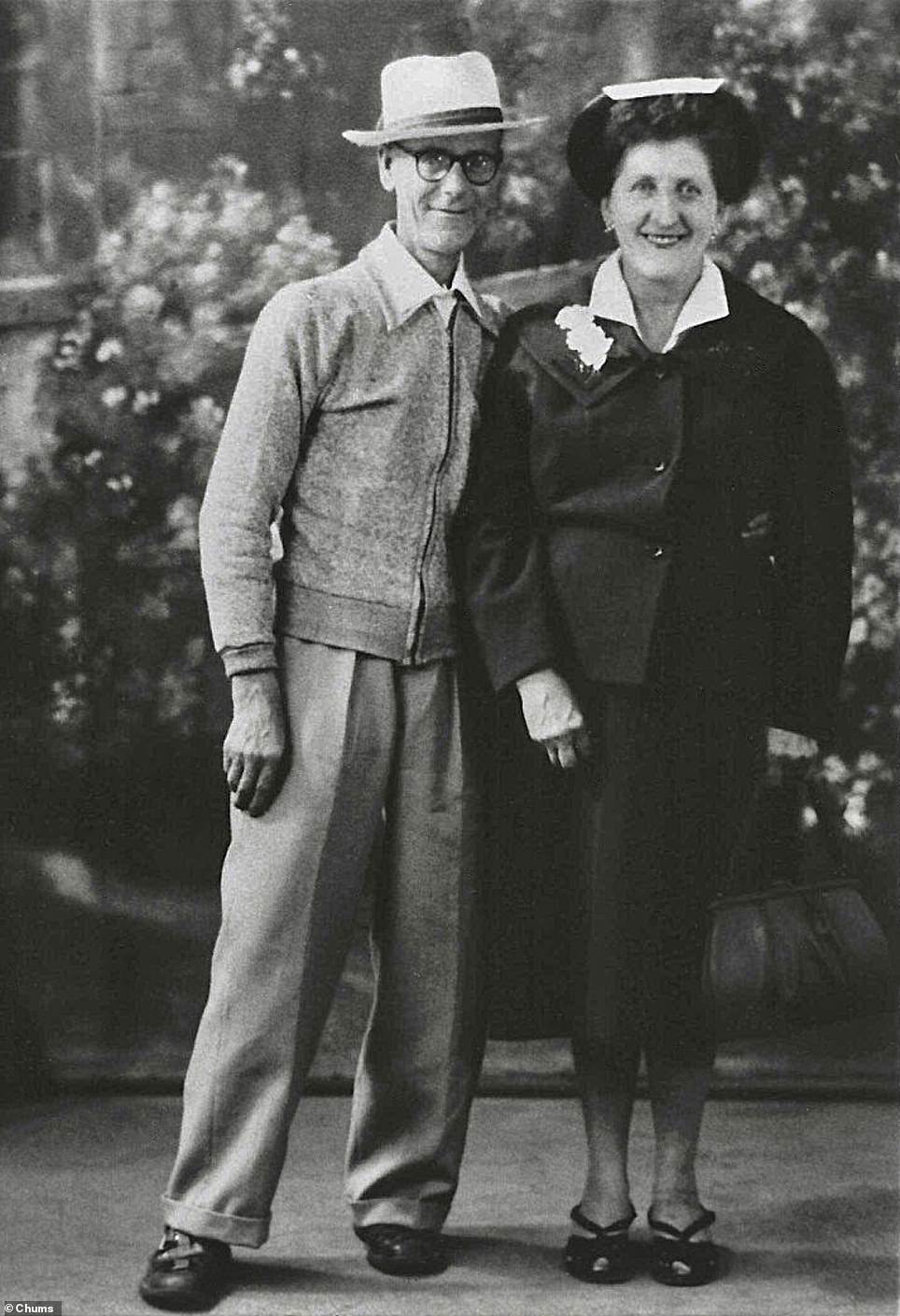 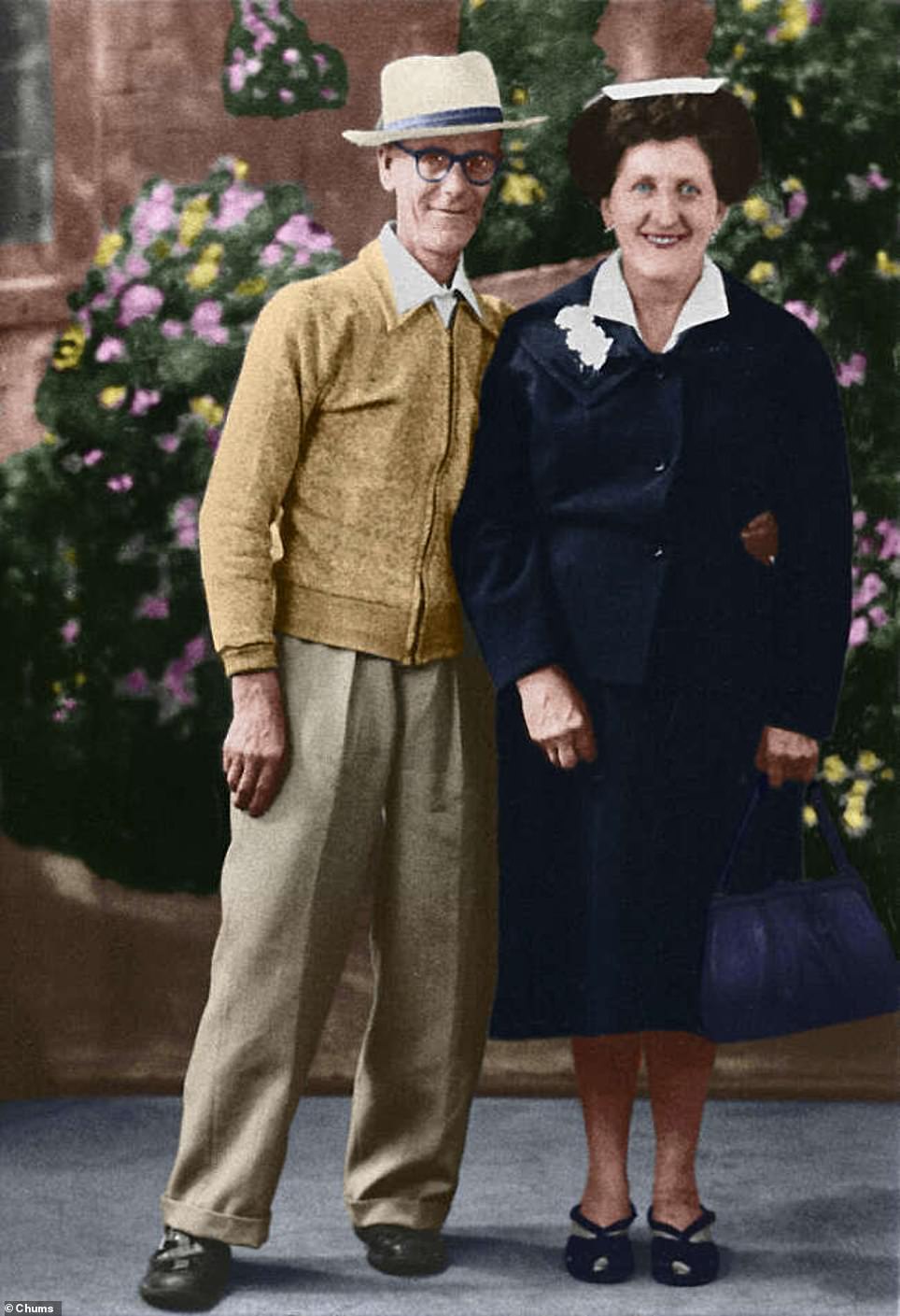 Lewis and Florence Fletcher gave up their daughter Barbara, who submitted the picture to Chums, and it has recently emerged she had two biological sisters June and Edith who were living in the US and Australia. Barbara had never seen her biological parents and it was only when her extended family set up a Facebook group that she came across the photos. She said the resemblance to her mother was ‘uncanny’ 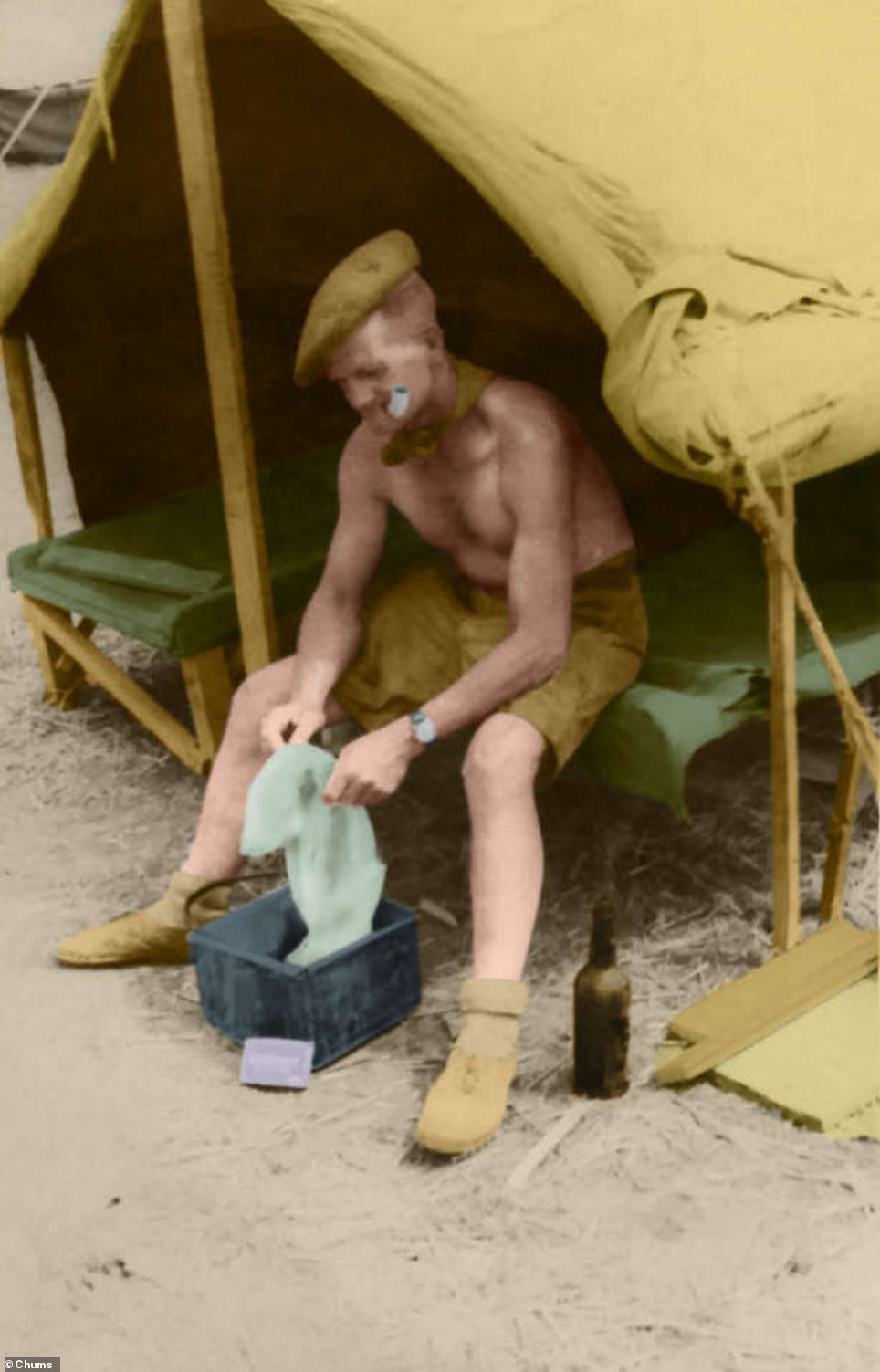 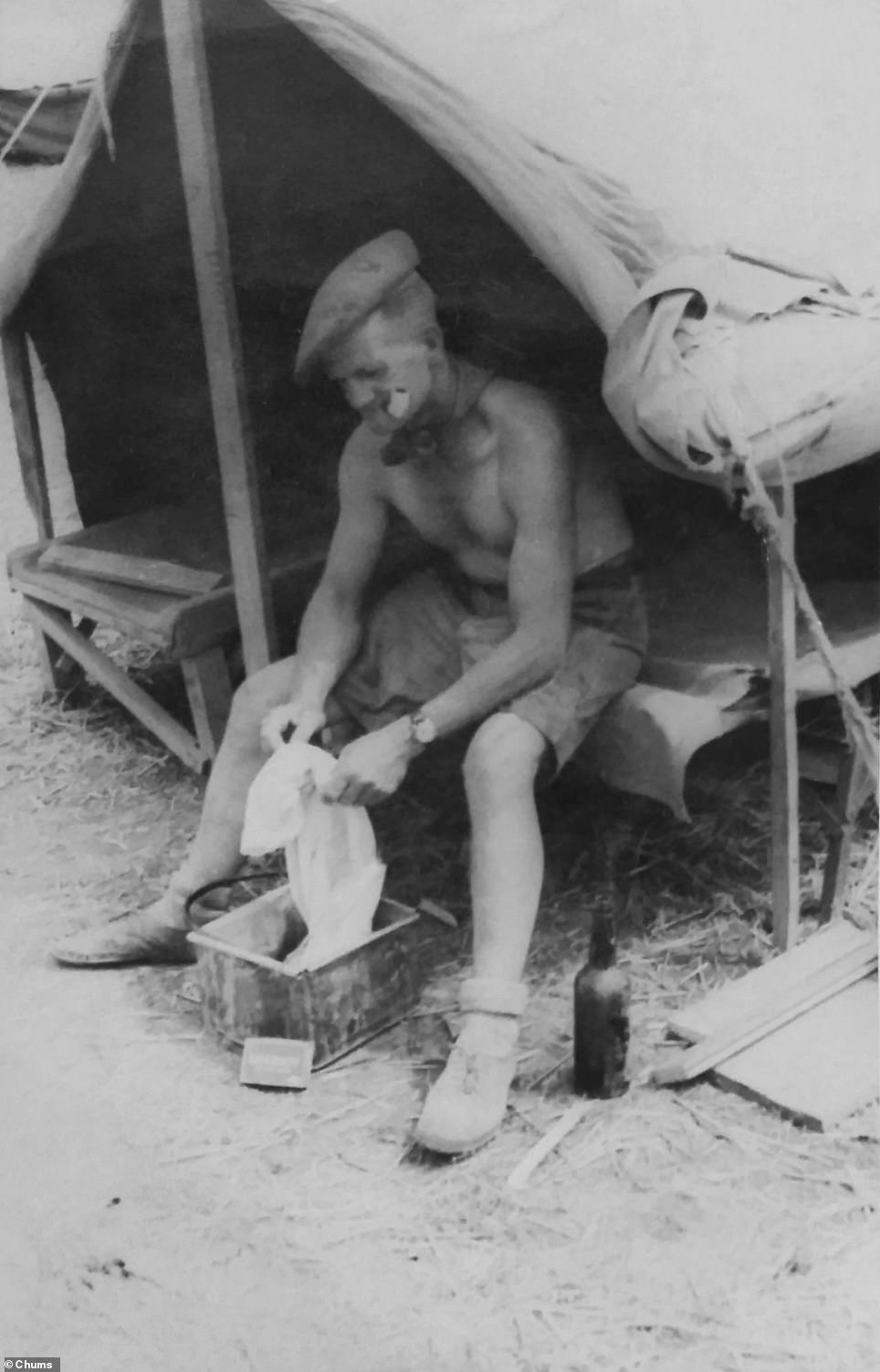 Edward Lovegrove, who was born in 1903, lived in Ealing and drove tanks in north Africa during the Second World War. This glimpse into life on the front line, sat on a makeshift bed with a cigarette in his mouth, was captured at Christmas in 1942 and Edward sent it to his wife and baby at home. His deployment came after Benito Mussolini declared war on Britain and France in 1940, and the Italian Fascist dictator got his troops to invade Egypt from their colony in Libya 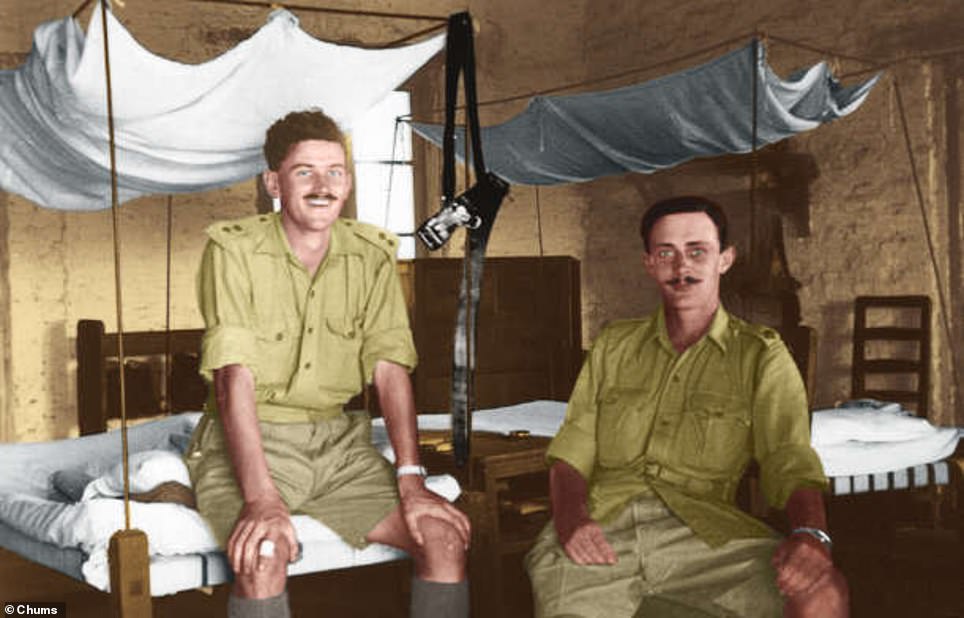 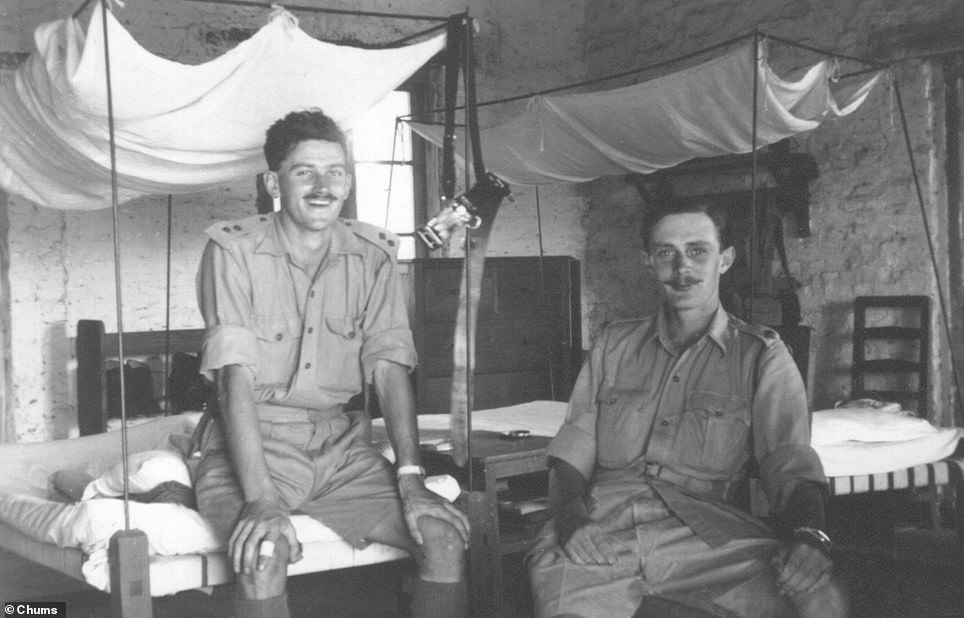 Ken West, from Reading, was in the Territorial Army and worked in the printing industry before joining the Durham Light Infantry as a junior officer with the main task of map-making. He was involved in the Battle of Kohima and resisting the Japanese advance into India in 1944 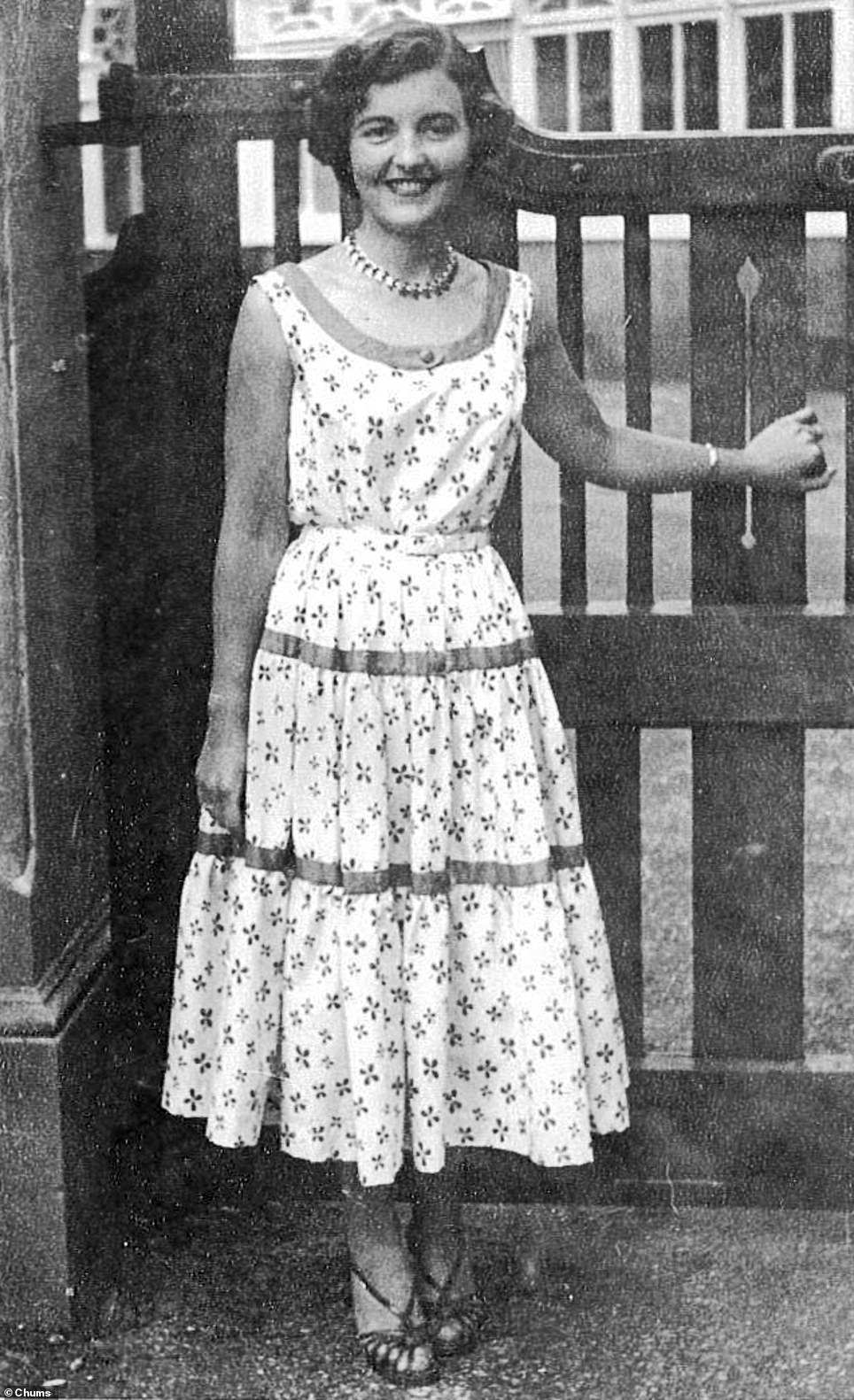 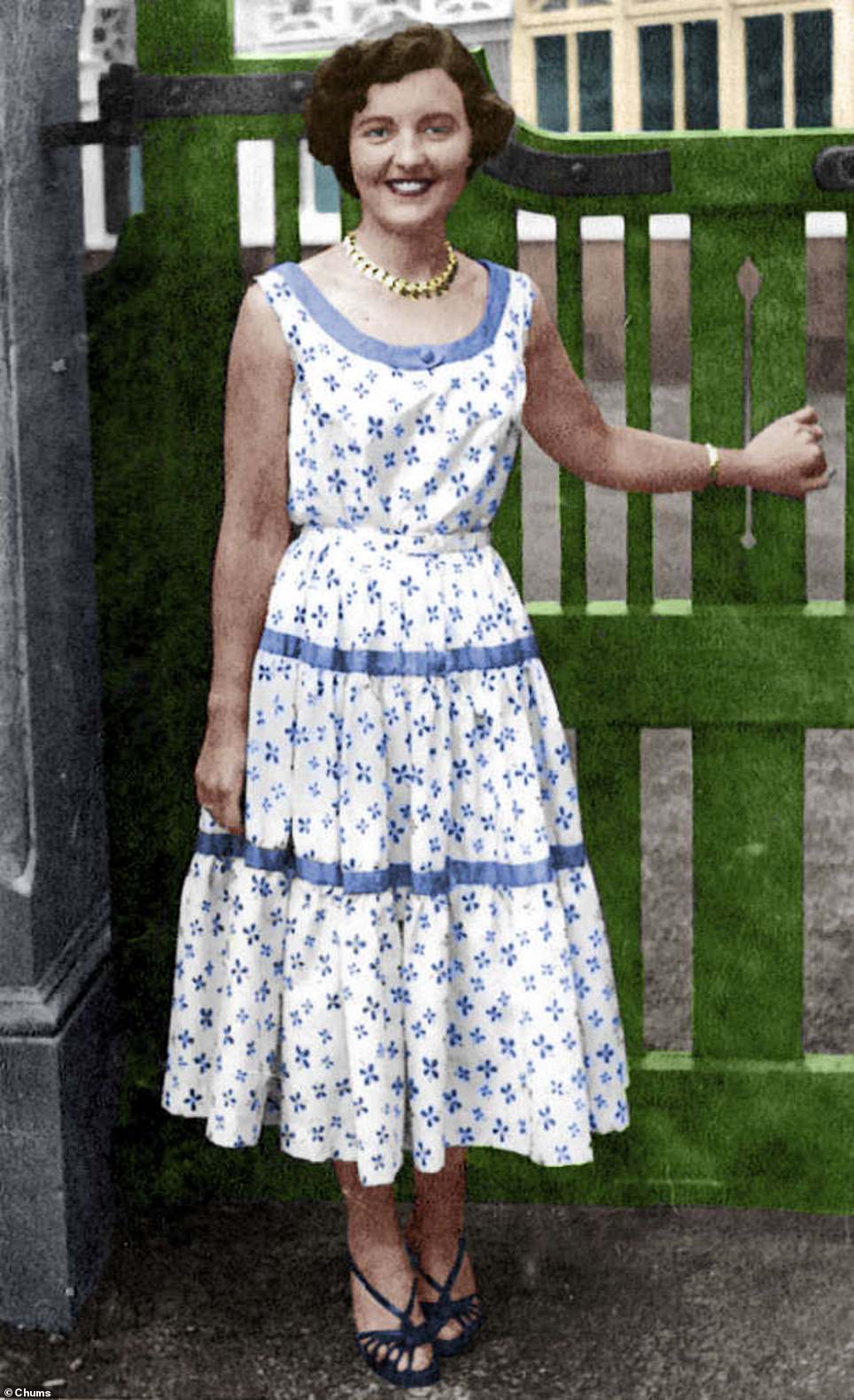 Meanwhile Margaret McDonald, who was from Northwich, found ‘any excuse to to dress up and have fun during the difficult times of WW2’. She was photographed posing next to a gate in a patterned dress and hair pinned back for her dance class 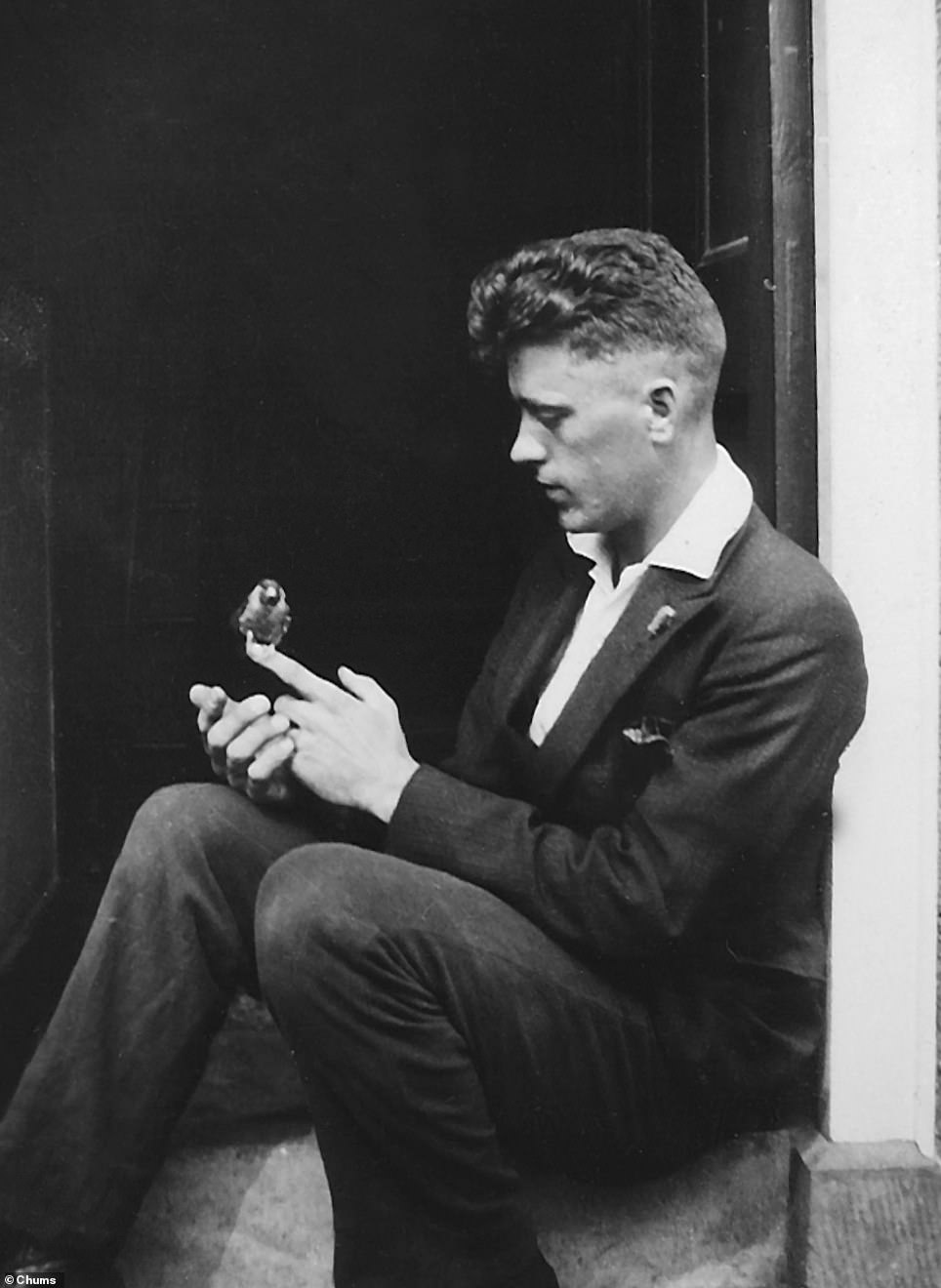 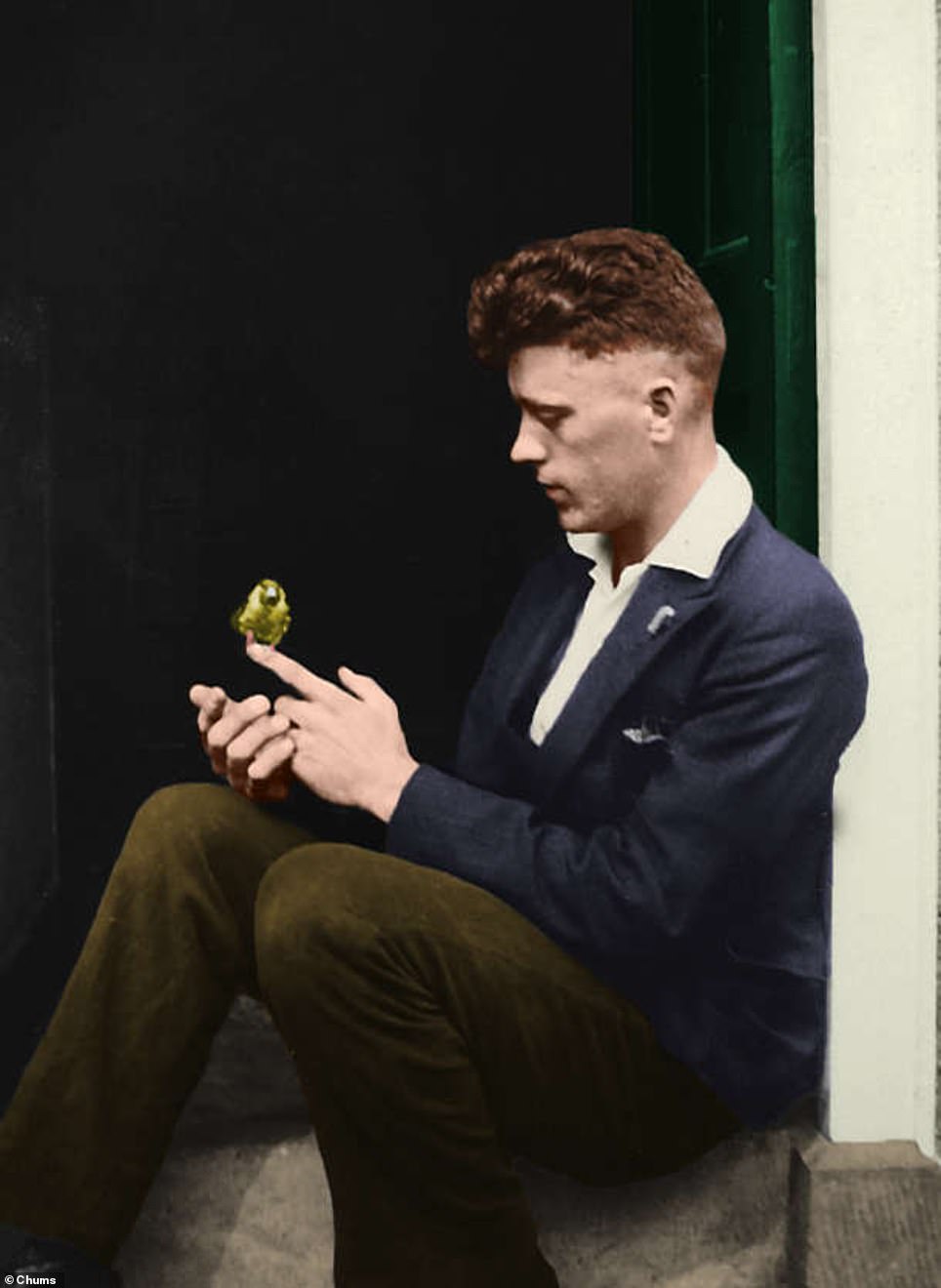 Edward Martin sits on a step and looks deep in thought as a bird perches on his hand, in this archive photograph. He was fought in Dunkirk but was wounded and captured during the Second World War. He spent the rest of the war as a prisoner. 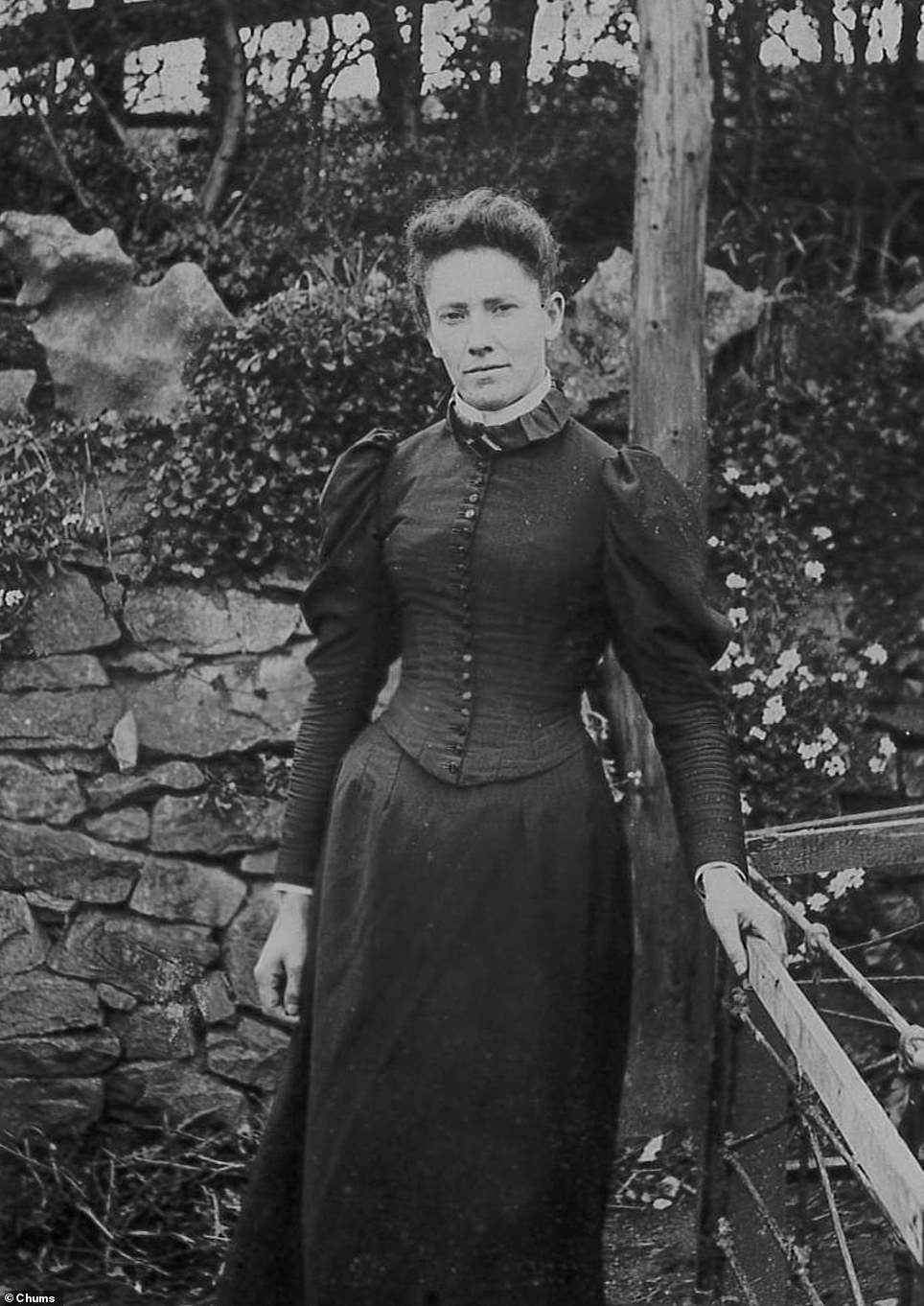 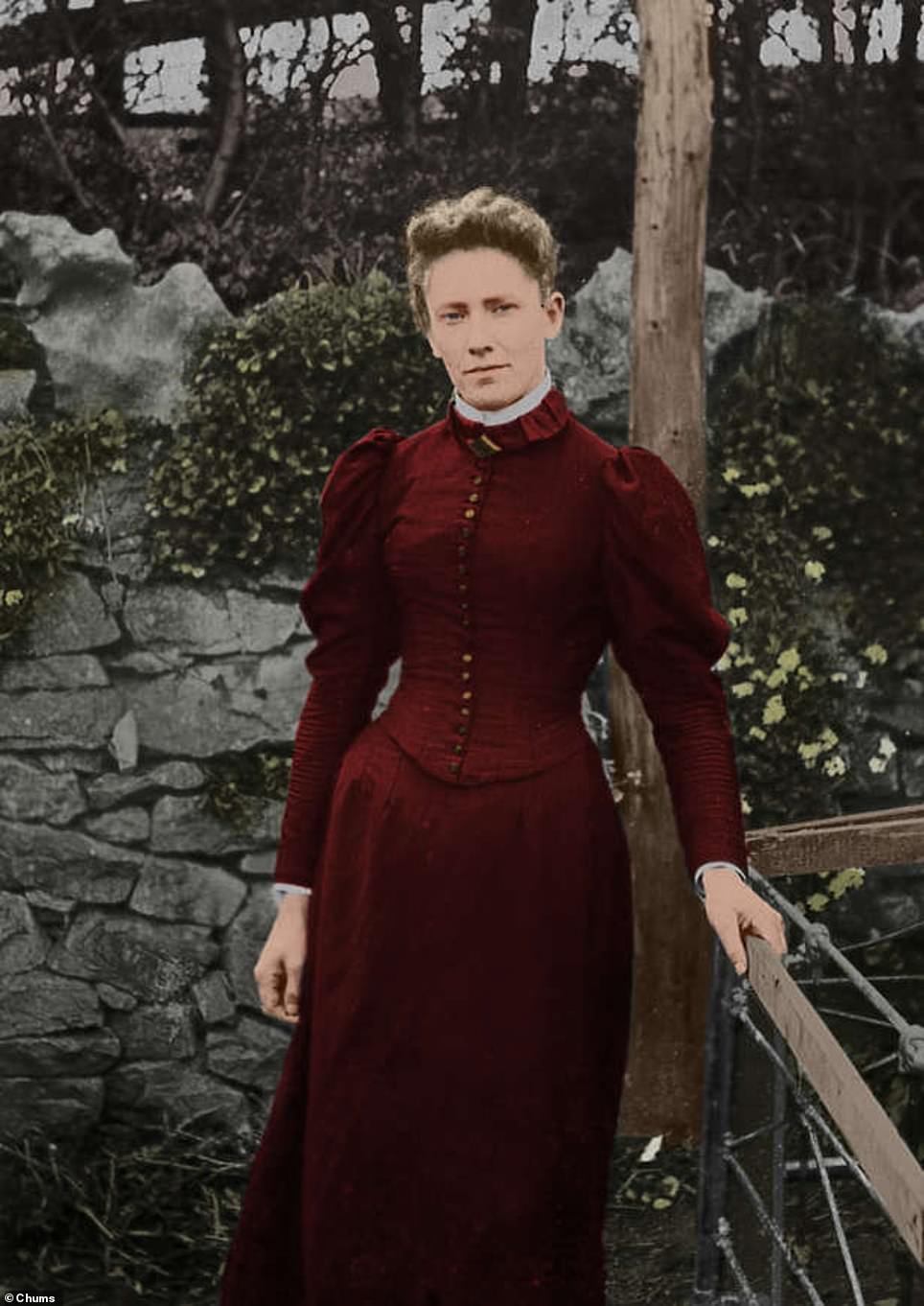 May Ross looks striking in a wine-coloured dress. The elegant attire was found when relatives were sorting through their uncle’s farm and discovered a wooden chest. Inside contained old letters, Christmas cards and dresses 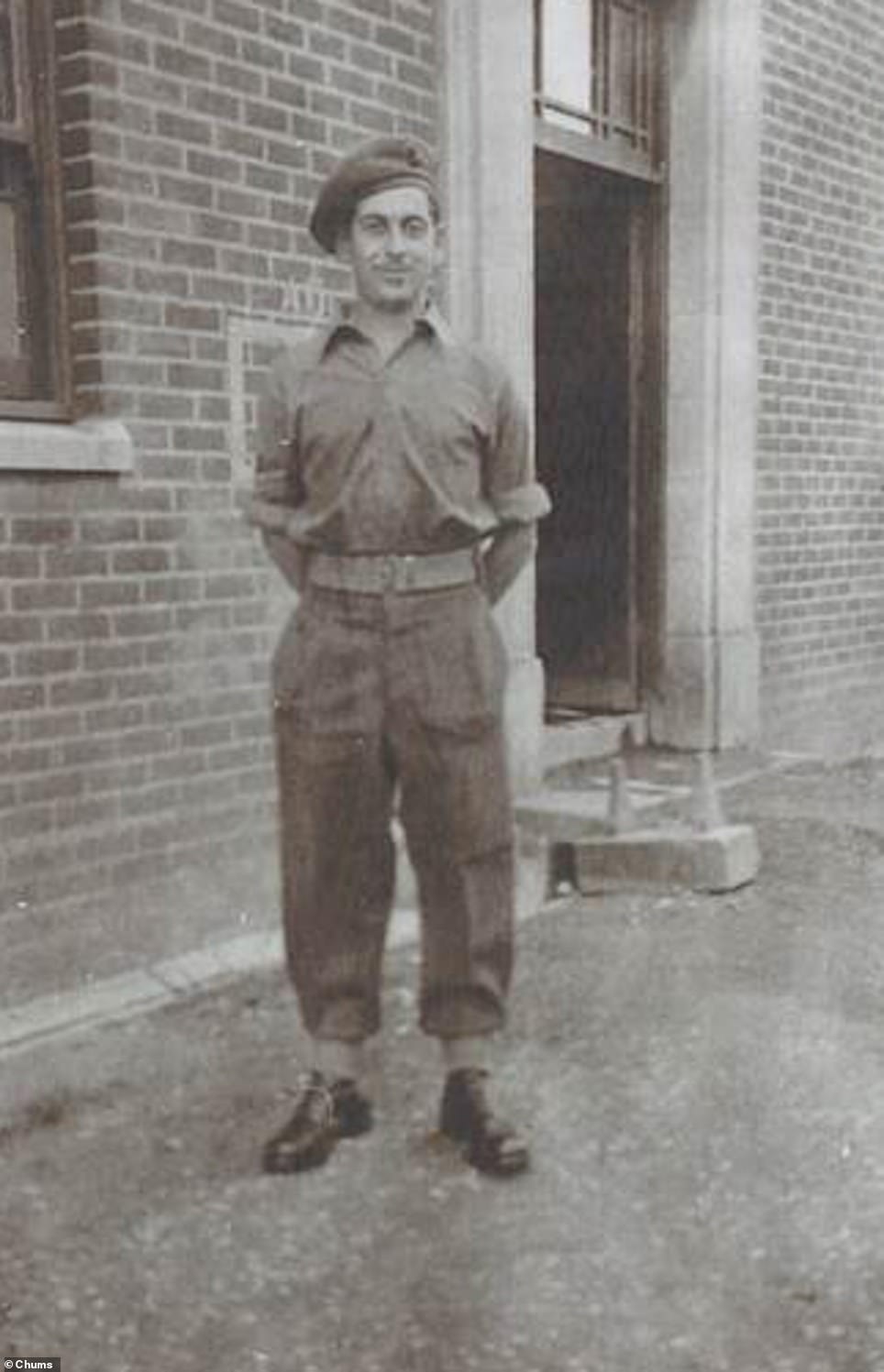 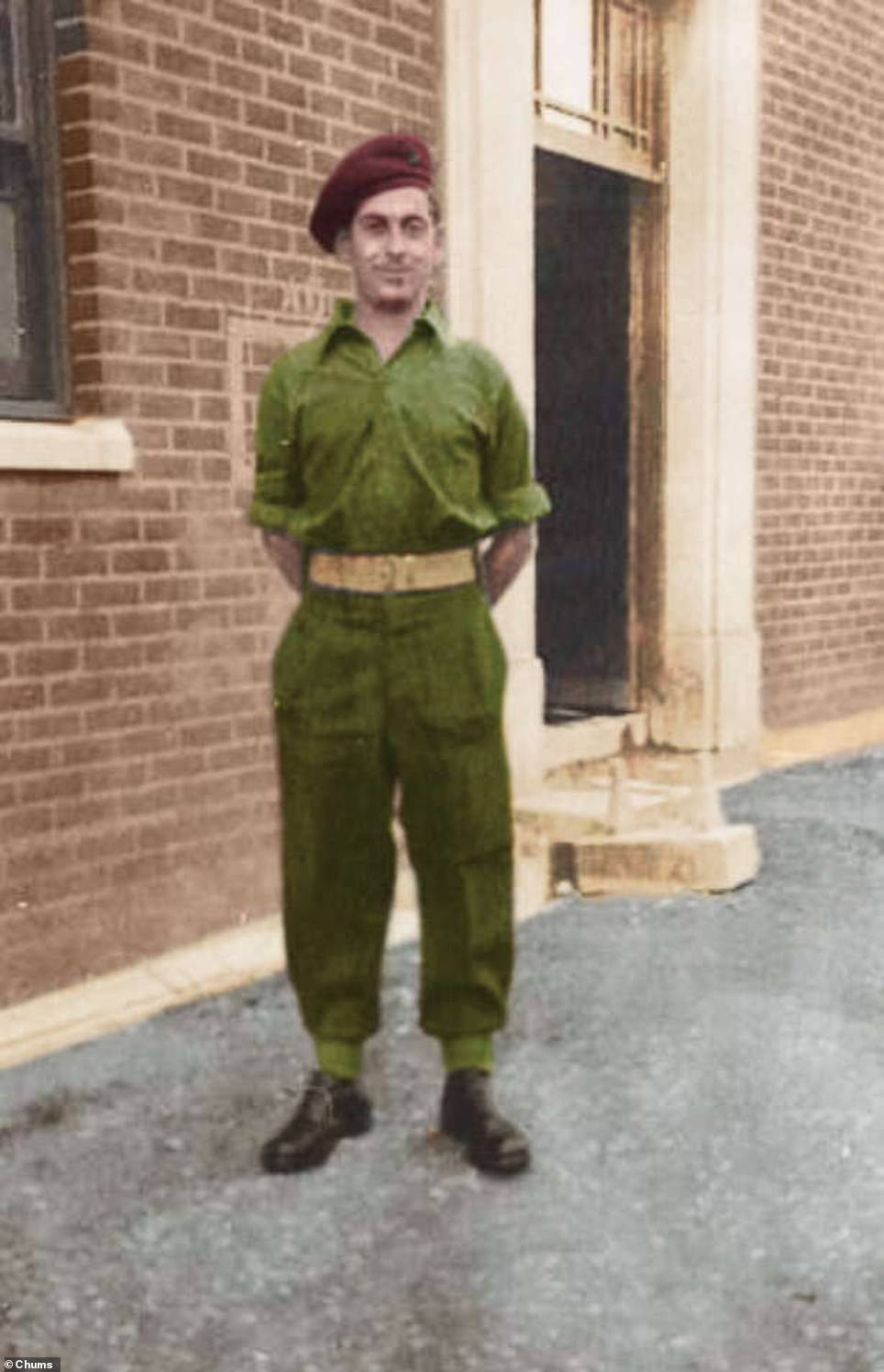 Eric Rubin smiles as he gets ready to be parachuted into enemy territory in France just before D-Day. He was part of the Survey Regiment between 1940-46 and this photo was taken in June 1944 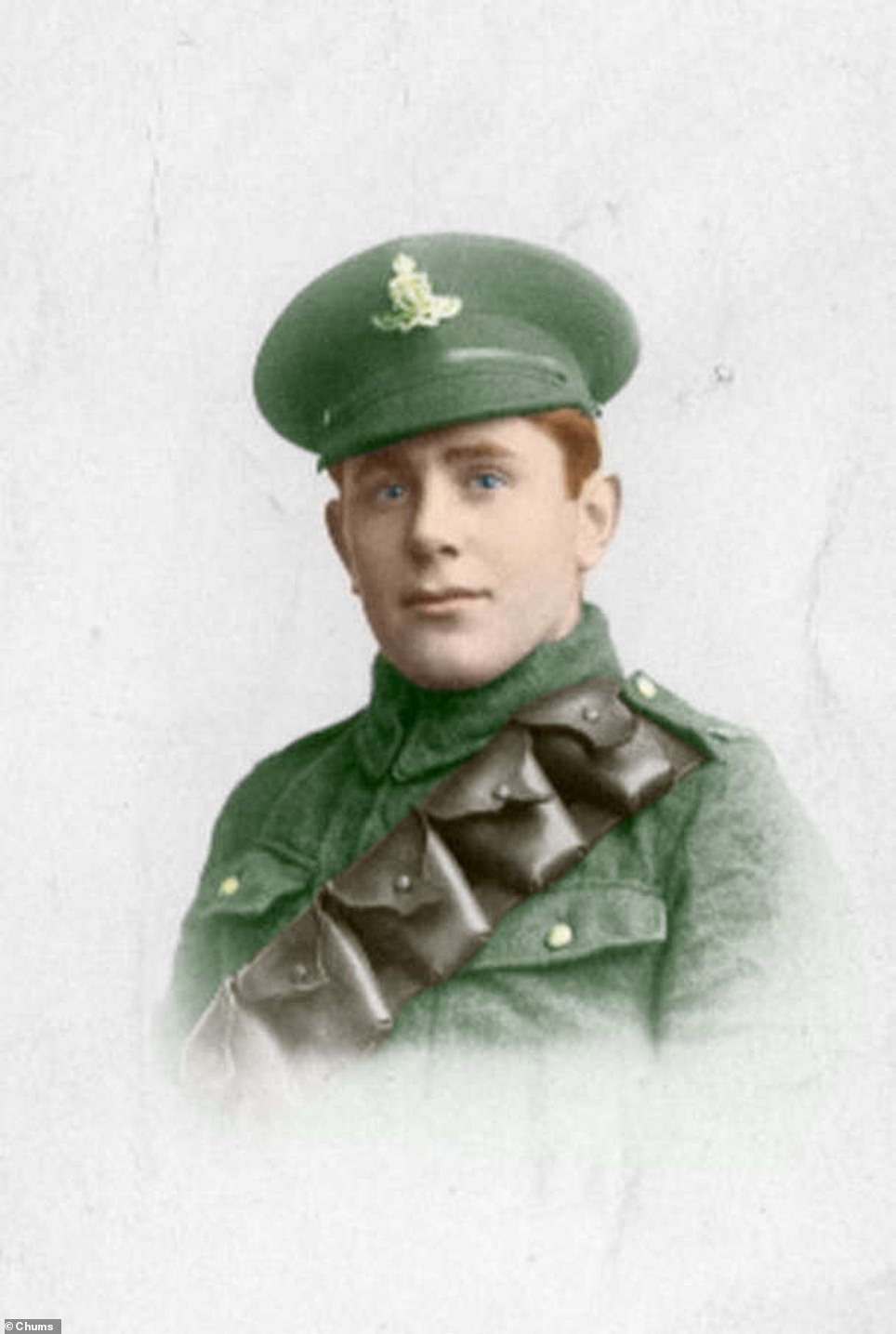 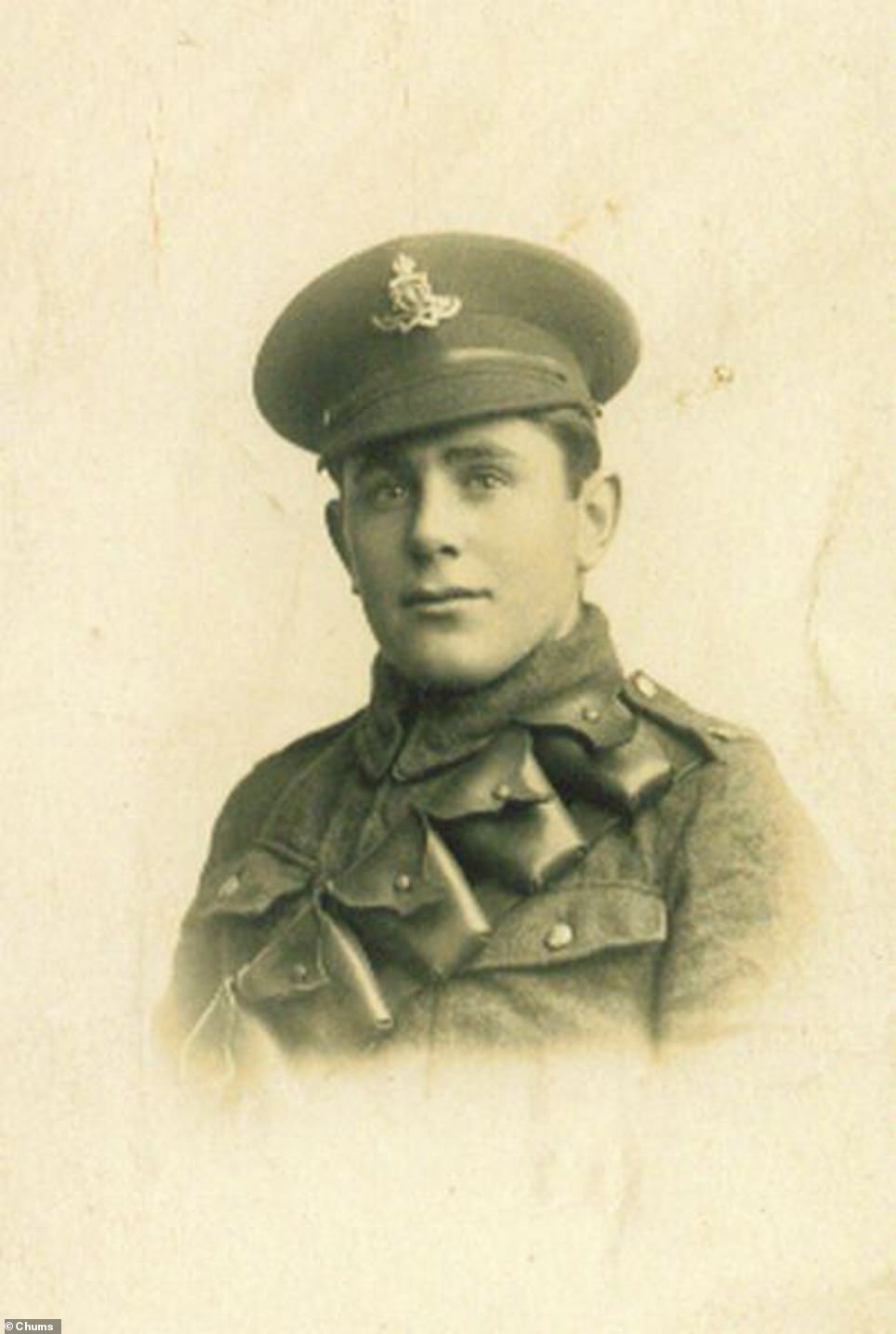 William Mascall joined the army at aged 16 served in the Dardanelles, Narrows in Turkey. He picked up an infection and was sent to a hospital ship. The matron deemed William to be too young and he was sent back home to England

Person dies at London Archway station after being hit by train
Solar winds react with the lunar surface and its magnetic field to create dark and light swirls
Newcastle 1-2 Arsenal: Granit Xhaka and Mesut Ozil on target in win
How French women stay fabulous after 50
Kate Garraway reveals her husband Derek is still in 'deeply critical condition' amid COVID-19 battle
Mother-of-two tells of her terror after being car-jacked by her ex
PAUL THOMAS on... Boris's Valentine's Day massacre
Facebook bans far-right group Proud Boys and its founder Gavin McInnes