Defeated Conor McGregor says he is keen on a rematch with Khabib Nurmagomedov after his heavy defeat in Las Vegas.

Ugly scenes marred the UFC Lightweight title fight at the T-Mobile Arena after Nurmagomedov jumped out of he Octagon to fight McGregor’s team-mate Dillon Danis following his submission win.

Things then took a turn for the worse when members of Khabib’s team climbed into the Octagon where McGregor was punched and attacked in scenes UFC owner Dana White described as a ‘disgrace’. 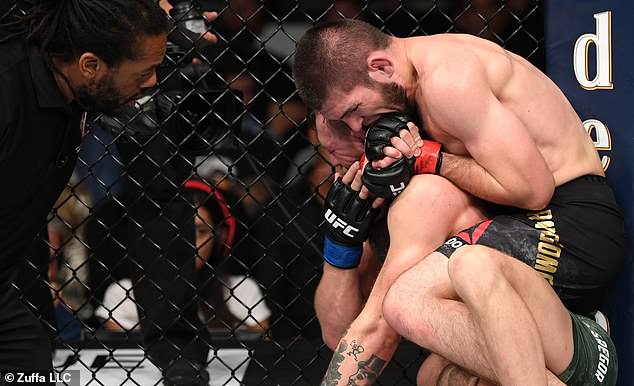 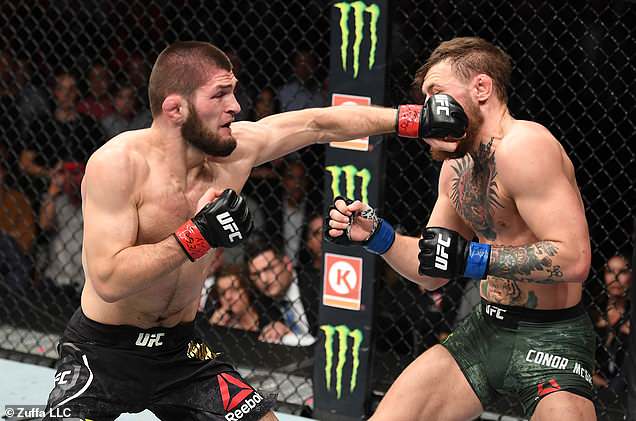 Security quickly broke up both melees and three men from Khabib’s corner were arrested, although McGregor opted not to press charges and they were released.

Ignoring the post-fight controversy, McGregor took to Twitter after failing to speak at a schedule press conference, writing: ‘Good knock. Looking forward to the rematch.’

He then posted on Instagram ‘I’ll be back’ alongside an image of him inside the cage, putting to bed any notion that he could be retiring.

The future looks uncertain for the Irishman, who lost on his first return to the Octagon in two years after his defeat in the boxing ring against the undefeated Floyd Mayweather in Las Vegas last year.

Nurmagomedov now moves to 27 straight wins with no defeats in UFC, although White refused to hand the Dagestan native his belt after the fight and is yet to sanction his £1.5million fight purse. McGregor has received his £2m fight money.

Khabib said afterwards: ‘First of all I want to say sorry to athletic commission and Las Vegas, this is not my best side, I am a human being.’ 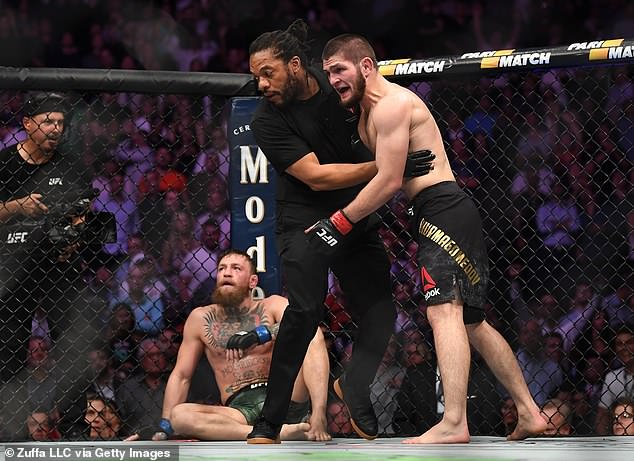 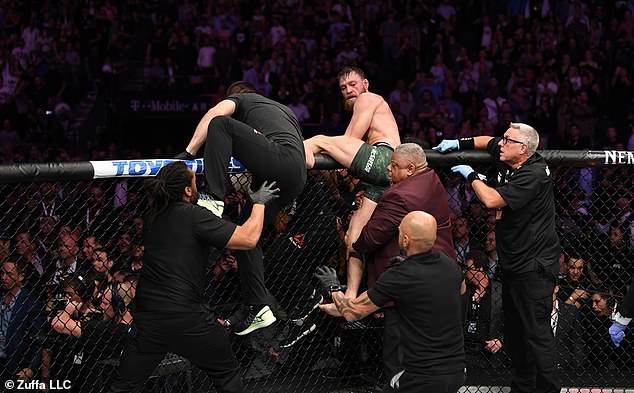 Tension has been high between the two, with McGregor hurling personal insults at his rival over the last 12 months while injuring two fighters on a bus with Khabib when the Irishman threw a metal trolley at one of its windows in Brooklyn last year.

Khabib continued: ‘He talked about my religion, country, father, why are people talking about me jumping over a cage. My father taught me to respect people. Conor nearly killed two people on that bus.’