A 58-year-old man has died after reportedly falling from scaffolding in an Asda car park.

Emergency services were called to the supermarket in Peterhead, Aberdeenshire, Scotland shortly before 12.30pm today to help an the injured workman who is believed to have fallen while working on the store’s new extension.

Shoppers heard ‘screams and shouts’ and saw workmen ‘running in all directions’. 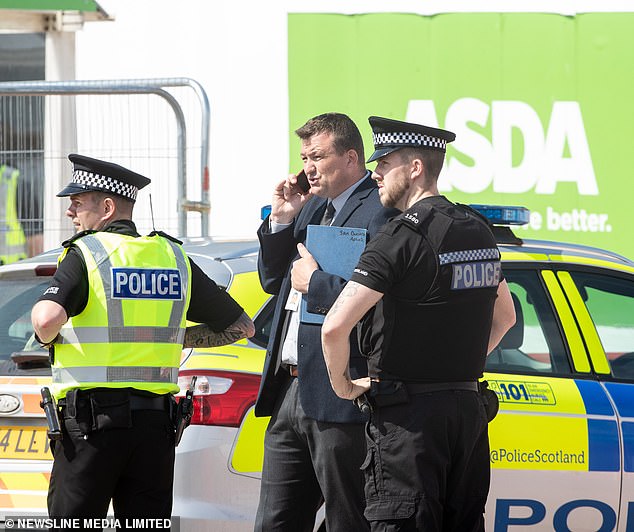 A 58-year-old man has died after reportedly falling from scaffolding in an Asda car park (pictured, police at the scene)

One woman told the Daily Record she saw the worker knocked off the scaffolding and colleagues try resuscitate him while they waited for the ambulance.

Another shopper wrote online: ‘I hope he is okay, it was awful. Me and my kids saw it happen – praying for him.’

Police have sealed off the area and there is no access to the store.

Shire North Police said in a statement: ‘We can confirm that a man, 58, has sadly died following an industrial incident in Peterhead.

‘Emergency services were called to Asda, Longside Road, at 12.30pm to assist an injured man. Sadly, despite the efforts of those at the scene, he was pronounced dead a short time later.’ 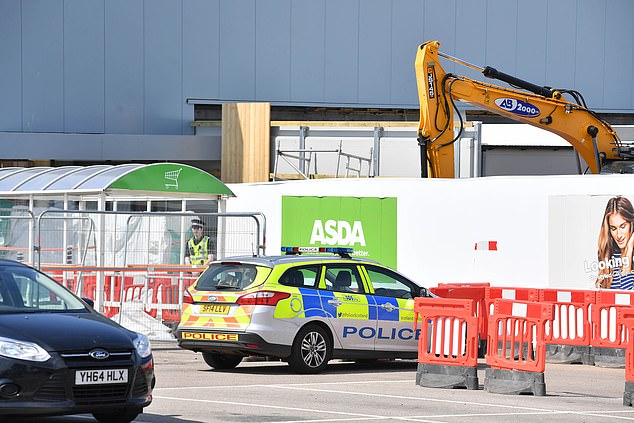 DI Sam Buchan, who is leading enquiries, added: ‘First and foremost, my thoughts are with this man’s family at this very sad time.

‘His next of kin has been informed. Enquiries are at an early stage and we are carrying these out in conjunction with the Health & Safety Executive.’

A spokesman for Asda said the group  was aware of the sad death but had no further details.

The Scottish Ambulance Service was alerted to the accident at 12:26 and two ambulances were dispatched to the scene.

The Health and Safety Executive is liaising with Police Scotland.