Labour is set to repeat its demand for Britain to stay in the customs union as part of a bi-partisan Brexit deal with Theresa May‘s government after EU leaders agreed to delay Article 50 for six months.

Cross-party talks at Number 10 will restart again today after a compromise solution for a delay until Halloween, with a ‘review’ in June, was thrashed out in five hours of talks in the PM’s absence.

Yesterday afternoon, Mr Corbyn welcomed comments from Irish Taoiseach Leo Varadkar suggesting he is ready to contemplate a role for the UK in helping decide EU trade policies if it remains in a customs union after Brexit. 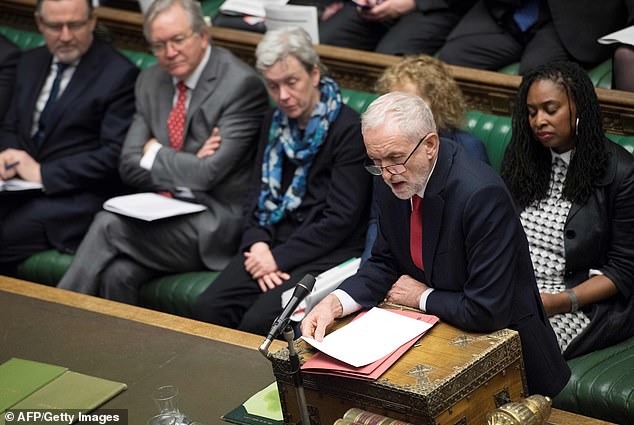 Jeremy Corbyn speaks from the dispatch box in the Commons yesterday. He is set to repeat calls for Britain to stay in the customs union at cross-party talks today

Mr Varadkar said that it would be in Britain’s interests to remain within the European trading bloc.

And he added: ‘It’s also in our interest to have the UK to be in our bloc and I think we would be generous in understanding that the UK couldn’t be a silent partner and would have to have a say in decisions being made.’

Mr Corbyn responded with a tweet: ‘The Irish prime minister Leo Varadkar has confirmed this evening that Labour’s alternative plan for a new customs union with a UK say on future trade deals is credible and deliverable.’

During Prime Minister’s Questions yesterday Mr Corbyn said discussions are continuing with the Government in an attempt to find a compromise Brexit deal – but swiftly moved on. 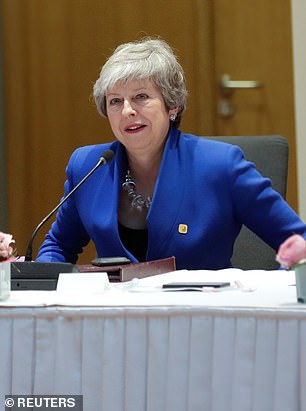 Mrs May hopes that with Labour’s agreement she could put amended legislation before Parliament that could still see Britain leave the EU on May 22.

On Tuesday night, two Cabinet sources told the Mail discussions were under way about the possibility of asking MPs to vote this week on the Withdrawal Agreement Bill in the hope of still leaving the EU next month.

Ministers have also reserved the right to shorten the Easter break by asking MPs to sit on Monday and Tuesday next week if a deal looks close.

Under one proposal, the Government would agree to allow free votes on key Labour demands, such as a customs union and a second referendum. If passed, these would then be incorporated into Mrs May’s deal.

But a Whitehall source said the ‘high-risk’ strategy would only be considered if ministers were certain that Labour were signed up to it.

‘The problem is that if you put the Withdrawal Bill in front of MPs and they vote it down then you have lost if for this session. You would have to prorogue Parliament to bring it back so it’s pretty high-risk.’ 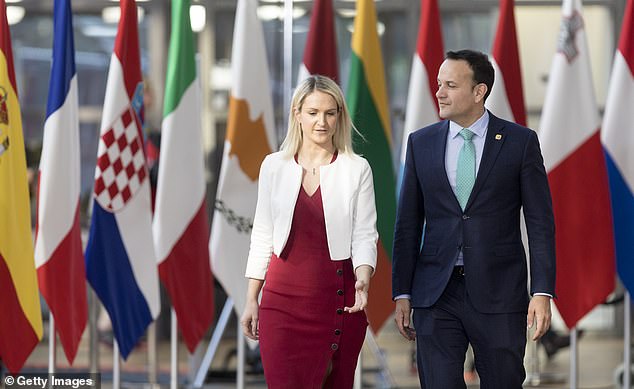