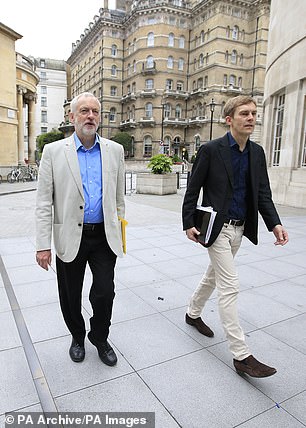 One of Jeremy Corbyn’s top advisors laughed in the face of a Labour party worker who suggested that a speech confirming Israel’s ‘right to exist’ was a way the party could tackle anti-Semitism, a bombshell documentary will claim tonight.

Mr Corbyn’s director of communications and strategy Seumas Milne is accused in BBC Panorama’s Is Labour Anti-Semitic? of mocking Mike Creighton, the head of the party’s disputes team, when he tried to offer advice.

The damning documentary, due to be aired at 9pm, claims Mr Corbyn’s closest advisors tried to wrestle personal control over handling of anti-Semitism complaints against party members after he took over as leader.

The hard Left leader’s top aides on one occasion even ordered staff working in the party’s disputes team to bring reports of allegations to his office for processing, according to a BBCs Panorama documentary tonight.

Mr Creighton told the programme he was approached by Mr Milne for advice in spring 2016.

‘He said, I want to talk to you about anti-Semitism, how we deal with it,’ Mr Creighton told the documentary.

‘And I gave him my advice, which as I recall was two things; one was, we should deal with some of the top level anti-Semitic cases much more swiftly and much more robustly.

‘Second thing I suggested was that it would be the right time for Jeremy Corbyn as leader, to make a significant speech on the issue of the Middle East, particularly saying that Israel had a right to exist.

‘He actually laughed at me… I thought he actually wanted to know how we tackle anti-Semitism within the Labour Party. I think what he actually meant to say was, how do we deal with the bad publicity we’re getting?’ 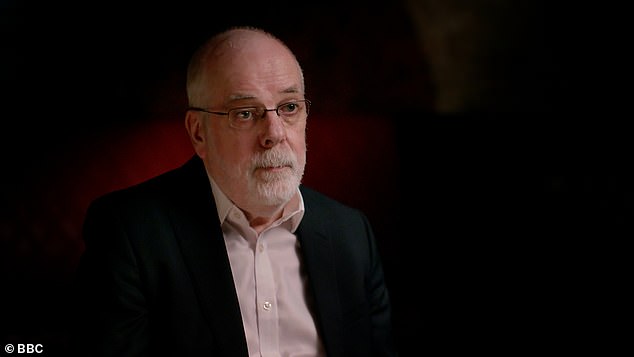 Mike Creighton, the former head of Labour’s disputes team, told the documentary that Mr Corbyn’s director of communications and strategy, laughed at him when he suggested the party leader make a speech on the Middle East

The programme will feature interviews with eight former Labour staff members who lift the lid on the way in which top Corbynite figures attempted to oversee the system in contravention of party rules. It has also had access to a cache of internal party emails.

Hard Left supporters of Jeremy Corbyn have targeted the BBC journalist at the heart of what is expected to be a hugely damaging exposure of Labour’s treatment of anti-Semitism.

The grassroots group Momentum has written to the BBC director general Lord Hall blasting John Ware, saying he has ‘publicly attacked Jeremy Corbyn and the Labour left repeatedly’ in the past.

But the fury ahead of tonight’s broadcast appears to have been slightly undone by previous praise for the same journalist by Mr Corbyn himself.

The Labour leader was among the sponsors of an early-day motion (EDM) in 2002 praising the Panorama journalist for his work on a documentary about state collusion in the murder of republican lawyer Pat Finucane in 1989.

The EDM – used by MPs to highlight their support for specific causes – was backed by Mr Corbyn and 22 others.

In it they said the Commons ‘warmly congratulates BBC Panorama and the ever-vigilant investigative journalist, John Ware, for their perseverance and courage in researching and broadcasting, Licence to Murder, an investigation into collusion between British intelligence services and loyalist paramilitaries.

They added that the documentary ‘adds further weight to the case for a public inquiry into the circumstances surrounding the assassination of solicitor Patrick Finucane’.

Several said that they been forced to leave their roles after suffering ‘depression and anxiety’ and had decided to breach non-disclosure agreements (NDAs) to discuss the problem.

Mr Milne, a former Guardian journalist, also allegedly demanded a ‘review’ of the complaints system, saying ‘something has gone wrong’.

Dan Hogan, an investigator on the party’s disputes team, will tell the programme that after Ms Formby was appointed in March 2018 people she hired: ‘overruled us and downgraded what should’ve been a suspension to just an investigation or worse to just a reminder of conduct, effectively a slap on the wrist.’

The programme also claims Ms Formby tried to influence the NCC, the party’s top disciplinary body, in the May 2018 case of Jackie Walker, who was later expelled from the party for anti-Semitic behaviour.

In an email copied to Mr Milne, Mr Corbyn and his chief of staff Karie Murphy she wrote: ‘The NCC cannot be allowed to continue in the way that they are at the moment, and I will also be challenging the panel for the Jackie Walker case.’

Ms Formby later said there were ‘too many eyes all on my Labour address’ and urged people to use her Unite union email address, the programme claims.

Mr Milne is alleged to have written, in a March 2018 email, that the complaints procedure needed shaking up.

‘Something’s going wrong, and we’re muddling up political disputes with racism… I think going forward we need to review where and how we’re drawing the line,’ he is claimed to have said.

The then head of disputes, Sam Matthews, told the documentary he interpreted that email as ‘the Leader’s Office requesting to be involved directly in the disciplinary process. This is not a helpful suggestion, it is an instruction.’ 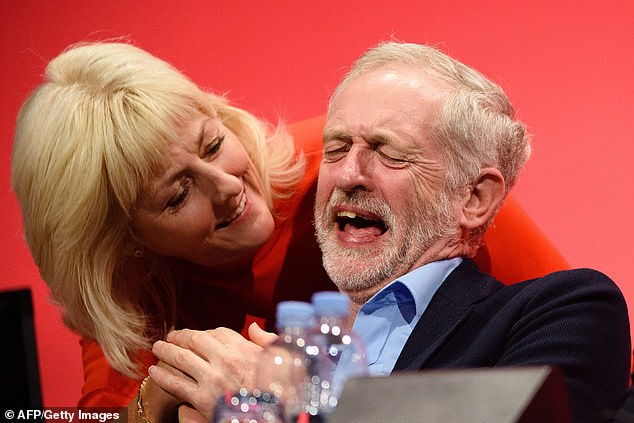 General secretary Jennie Formby (pictured with Mr Corbyn) is accused of trying to influence the NCC, the party’s top disciplinary body, in the case of Jackie Walker, who was later expelled from the party for anti-Semitic behaviour

Kat Buckingham, a former chief investigator will tell the programme the stress she was placed under to deal with a ‘massive’ workload of ‘real’ cases forced her to quit with depression.

She said:  ‘I was stuck between …an angry and obstructive Leader’s Office and an arcane disciplinary system…I couldn’t hold the tide and I felt so powerless and I felt guilty and I felt like I failed …and yeah I had a breakdown.’

Another staff member, ex-disputes officer Louise Withers Green, tells the programme she quit after being signed off with ‘depression and anxiety’.

She then signed an NDA instead of working her notice period.

She will tell the programme: ‘(The NDA) was really tight. When I first read it, I wondered how on earth, I’d be able to apply for jobs because it was so prescriptive in not speaking about anything that I had heard of or happening in the Labour Party.’

She said she defied the NDA because she wouldn’t ‘be able to live with myself unless I speak up about the horrendous things that I know have been happening.’ 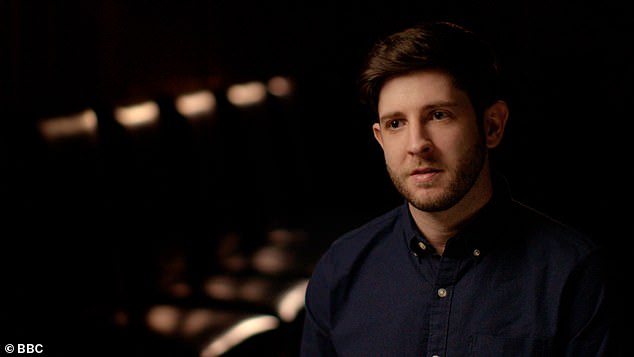 Sam Matthews, a former head of disputes, told the documentary he received an email from Seumas Milne saying the party’ should ‘review where and how we’re drawing the line’ on anti-Semitism

Labour has been criticised by MPs and peers for initially pursuing those who spoke to Panorama despite NDAs using top City law firm Carter Ruck.

Labour MP Wes Streeting, a Corbyn critic, said: ‘The Labour Party must immediately confirm that those members of staff who’ve bravely spoken out will not face legal action by the Labour Party. There can be no more gagging orders on current or former staff.

‘The use of external e-mail addresses to discuss complaints is disturbing. The scope of the EHRC investigation must surely now extend to the e-mail servers of the Unite union and any other relevant sources of information. The EHRC must follow the trail wherever it leads.’ 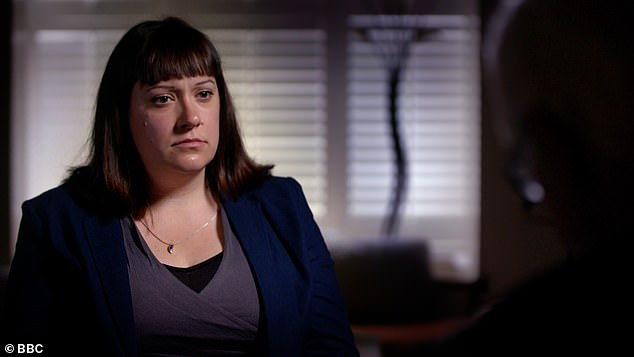 Kat Buckingham, a former chief investigator will tell the programme the stress she was placed under to deal with a ‘massive’ workload of ‘real’ cases forced her to quit with depression 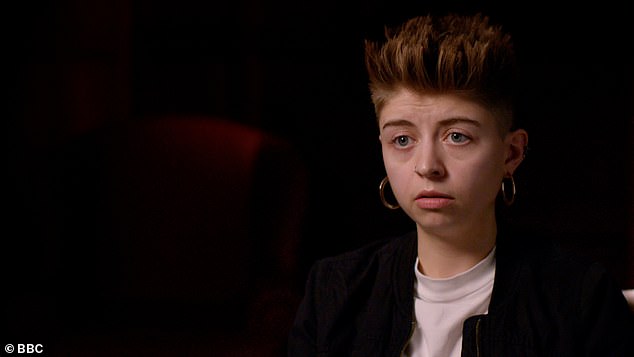 Another staff member, ex-disputes officer Louise Withers Green, tells the programme she quit after being signed off with ‘depression and anxiety’ and signed an NDA

Labour has bitterly attacked the BBC and the programme-makers ahead of its broadcast at 9pm, accusing the broadcaster in a letter of ‘political bias’ and saying it was ‘likely to be politically slanted in language, presentation and balance of interviewees’.

It added: ‘The timing and length of the programme (double the time allowed for ”the Race for Number Ten” [Tory leadership debate]) both point to political interference in a highly charged and sensitive political issue between the main political parties – currently being invoked in the Conservative Party leadership election – as well as undue influence by the BBC in the current EHRC investigation into Labour’s procedures for dealing with antisemitism.’

A party spokesman said: ‘The Panorama programme and the BBC have engaged in deliberate and malicious representations designed to mislead the public. We completely reject any claim that the Labour Party is antisemitic.’

A spokesman for Mr Corbyn said it sent the broadcaster 50 pages of information but complained at only being given around a fortnight to respond.

He said: ‘We have also complained to the BBC at various levels including director general level over the way the process has been engaged in, the lack of engagement with us at an earlier stage and the failure to come to us with a balanced and fair set of questions.

‘From what we have seen of the questions and the nature of the investigation the Panorama team had already come to a conclusion where its investigation was going before it looked at the evidence in full.’

Labour members found guilty of anti-Semitic behaviour should automatically be thrown out of the party, a senior shadow minister said today.

Shadow Brexit secretary Sir Keir Starmer admitted Jeremy Corbyn‘s beleaguered party still had a problem with anti-Jewish behaviour ahead of what is expected to be an explosive BBC exposé tonight.

Panorama has spoken with a host of former Labour staff members who have torn-up gagging orders to speak out about its handling of anti-Semitism cases.

Sir Keir Starmer said the party had to do ‘whatever is necessary’ to win back critics who had deserted Labour over the crisis.

And he took aim at Mrs Corbyn and his closest associates, saying it was ‘very easy for people in leadership positions’ in the shadow Cabinet to ‘duck responsibility’.

He told BBC Radio 4’s Today programme: ‘I think we have got to take decisive action. 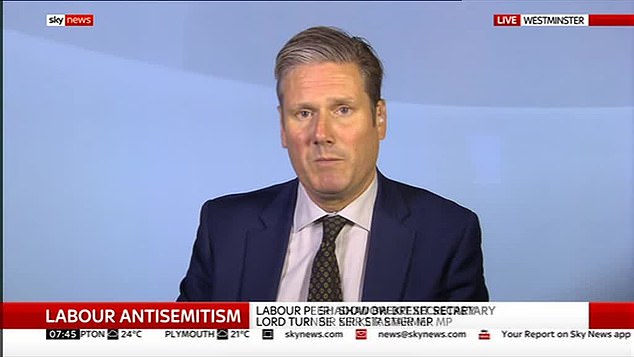 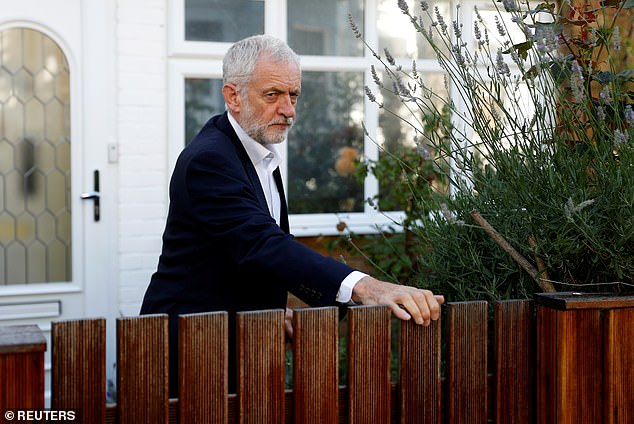 ‘Firstly, I would support a rule change that says you expel in clear cases of anti-Semitism automatically, just as we do for people who support another political party an election. 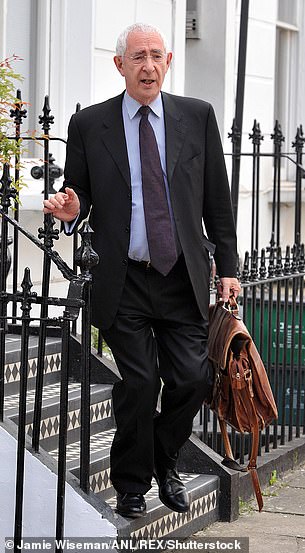 Lord Triesman was general secretary of the Labour Party under Tony Blair and chairman of the Football Association.

‘Secondly, be very clear if you deny we’ve got a problem, that’s part of the problem.

‘Thirdly – and this is a cultural and attitude issue – now the Equality and Human Rights Commission is looking at the Labour Party, we should throw open the books and say ”you’ve got access to anything, you have got access to any member of staff, we have made some process changes which have improved things but we have still got a problem, help us through this”.

‘Many organisations circle the wagons when they are challenged. That is the wrong approach, we have got to be very, very open.’

His comments came after three senior peers quit the Labour whip in protest at the handling of the issue under Jeremy Corbyn’s leadership.

Lord Triesman told Newsnight: ‘It’s been building for a long time, incident after incident it’s like a mad psychodrama. 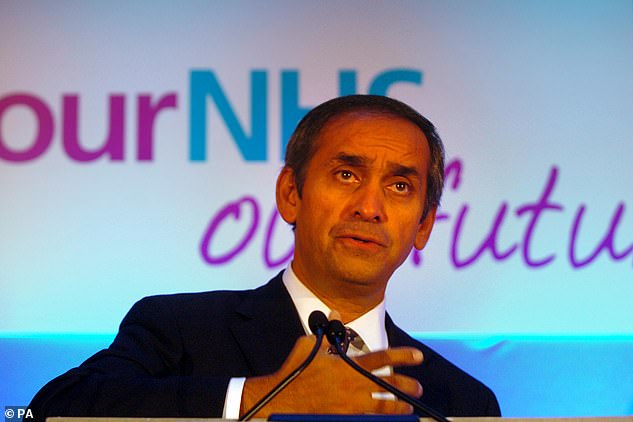 Lord Darzi told Newsnight: ‘I confirm I am leaving the Labour Whip to sit as independent’

‘I would like to see people who have been visibly and openly anti-Semitic dealt with in a way that is appropriate. I was general secretary of the organisation, I know it can be done.’

Sir Keir said their decision ‘reinforces the sense of duty that we have to do whatever is necessary in the Labour Party to make sure that people like David (Lord Triesman) … feel that they can return to the Labour Party with confidence.’