Sir Keir yesterday formally replaced Jeremy Corbyn at the top of the party in a landslide leadership contest victory and he wasted no time in attacking Mr Johnson.

Sir Keir said he is willing to engage ‘constructively’ with the government during the outbreak of the deadly disease but blasted ministers for being too slow at explaining why the UK is ‘so far behind’ other countries when it comes to testing.

Labour’s new premier is widely expected to announce his shadow cabinet later today, with a raft of so-called ‘soft left’ MPs who served under Mr Corbyn expected to be installed in key positions. 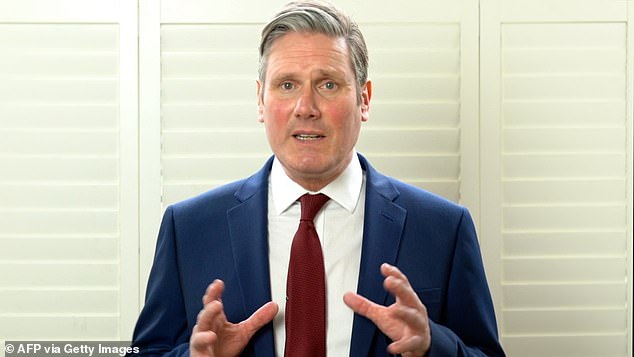 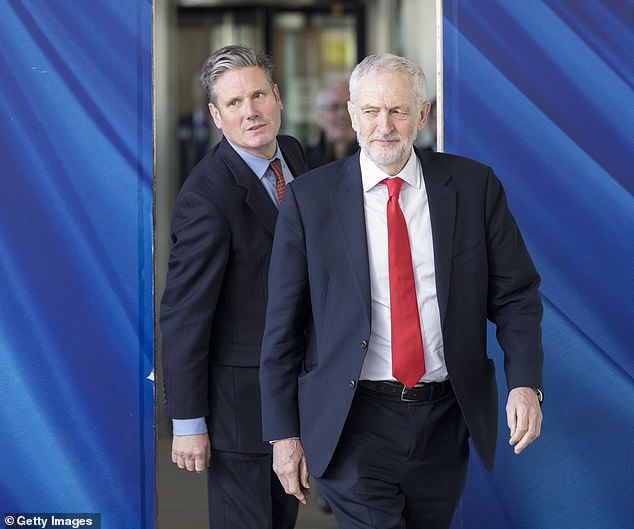 Mr Johnson yesterday wrote to the leaders of opposition parties to invite them to work with him during the coronavirus lockdown.

The PM has invited the leaders to a briefing this week to share with them details of the government’s response.

Sir Keir said he will attend the briefing but risked souring relations with the PM before they meet in person as he launched an outspoken attack on his rival.

Writing in the Sunday Times, Sir Keir said: ‘There will be many times when, and there are many issues upon which, I will fundamentally disagree with the Prime Minister.

‘However, there will also be times when Labour can – and must – engage constructively with the Government.

‘Now is such a time. Coronavirus is a national emergency. It is also a global emergency. Everyone is anxious about what the next few months will bring, but we know we must be resolute in our determination to see this virus defeated, as it will be.

‘I want to see the Government succeed in this: to save lives and protect livelihoods. This is a national effort and all of us should be asking what more we can do.’

He said Labour would ‘do our bit to offer solutions’ but would also ‘speak for those who have been ignored’, and expose mistakes where they are found ‘to ensure that they are rectified as soon as possible’.

Sir Keir wrote: ‘And let’s be honest, serious mistakes have been made.

‘The public is placing an enormous trust in the Government at the moment: it is vital that that trust is met with openness and transparency about those mistakes and the decisions that have been made.’

As well as his calls on testing and PPE, Sir Keir said the UK should build vaccination centres in towns and cities across the country so ‘the minute a vaccine becomes available, we can begin to protect the entire population’.

He also said ministers should publish their exit strategy from the measures to defeat coronavirus.

‘We should know what that exit strategy is, when the restrictions might be lifted and what the plan is for economic recovery to protect those who have been hardest hit,’ he said.

‘There will be many more difficult days ahead. Great sacrifices must be made because of a crisis that was unimaginable only a few months ago. But Britain is a great country and we will get through this.’

Sir Keir takes over the Labour leadership at a uniquely challenging time due to the spread of coronavirus.

He is likely today to set out who is in his shadow cabinet – a key moment because the appointments he makes will set the tone for the start of his time in the top job.

Anneliese Dodds, a shadow treasury minister under Mr Corbyn, is one of the favourites to replace John McDonnell as shadow chancellor.

Jo Steven, who quit as shadow Welsh secretary in 2017 over the party’s Brexit policy, has been tipped to take over from Emily Thornberry as shadow foreign secretary.

Nick Thomas-Symonds, a shadow home office minister, has won plaudits for his performances in the House of Commons and is believed to be in the mix for shadow home secretary.