ALL eyes will be on the Isle of Wight this week as a new NHS app that tracks and traces the spread of coronavirus launches on the island.

It comes as new figures reveal that more than 6,000 people have died in care homes across England and Wales – meaning that almost a third of all deaths from Covid-19 have been in care homes.

The latest death toll as of Tuesday stands at 29,100 people after England recorded another 366 deaths in hospital – but there are fears the true figure could be much higher.

Health bosses say the NHS app, which is being rolled out in a pilot test on Tuesday, May 5, has been created to track people with the bug and monitor contact with others.

Health Secretary Matt Hancock told the nation at the press briefing last night: “Islanders know that participating in this pilot, they are at the forefront of getting Britain back on its feet.

“Where the Isle of Wight goes, Britain follows.”

Anyone who starts to feel ill will let the NHS know via the app, and it will contact others they have seen.

Test ordering functions will be built in too.

The Health Secretary said the new app and tracing system would help “get the R rate down and keep the R rate down” and ensure widespread transmission stays low.

Meanwhile radical measures to prevent the spread Covid-19 in the workplace – such as screens between desks, staff sitting back-to-back and a ban on hot desking – could be in place for up to a year.

Moves such as one-way systems in offices and handwashing kits at entrances and exits will be in place for six to 12 months after lockdown is lifted.

But Brits were given hope that an end to lockdown was near after it emerged that two of the Government’s five tests for easing restrictions have been passed.

The UK remains one of the worst-hit countries in the world as the coronavirus death toll increased to 28,650 on Monday.

Piers Morgan missed a second episode of Good Morning Britain on as he battled an illness after testing negative for coronavirus.

The nation is now waiting with baited breath for an announcement on lockdown restrictions, which are set to be reviewed on May 7.

Follow our coronavirus live blog for all the latest news and updates. 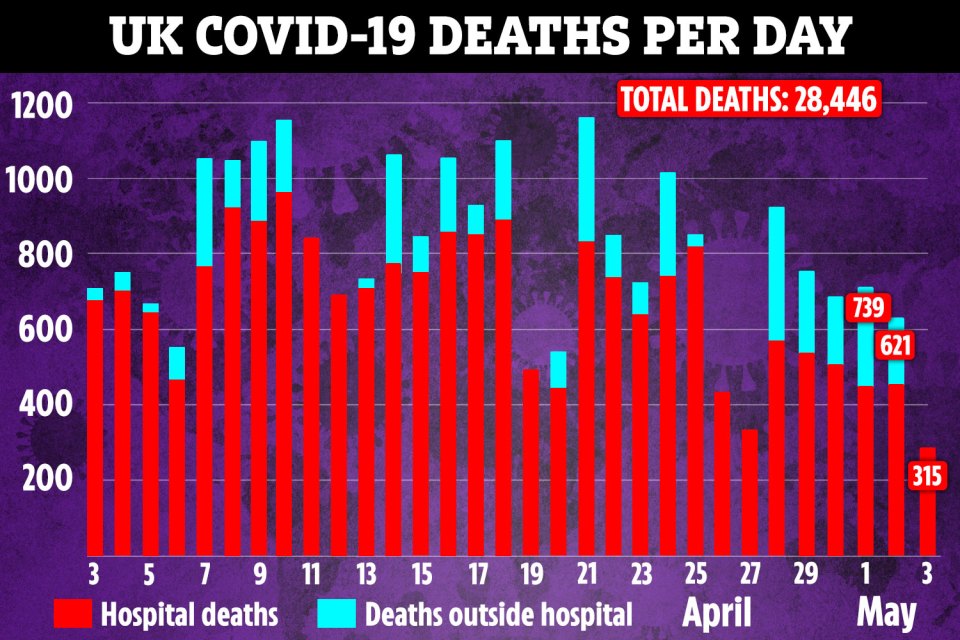