Costa has become the latest brand to be hit by shrinkflation after it reduced the sizes of its cups while hiking up prices.

Despite the coffee chain cutting its cup sizes by up to a third, all of the different options have seen a 10p price increase.

It means that a customer who previously paid £2.45 for a medium will now have to order the new large, priced at £2.85 to get the same amount of coffee.

It comes after the British chain was sold to American fizzy drinks giant Coca-Cola for £3.9billion in August last year.

As part of the changes, the high street giant’s former small cup, measuring 12 ounces, has been rebranded as a medium. 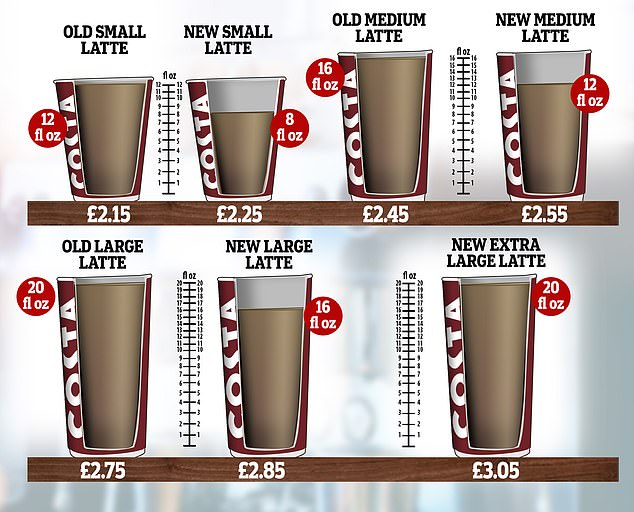 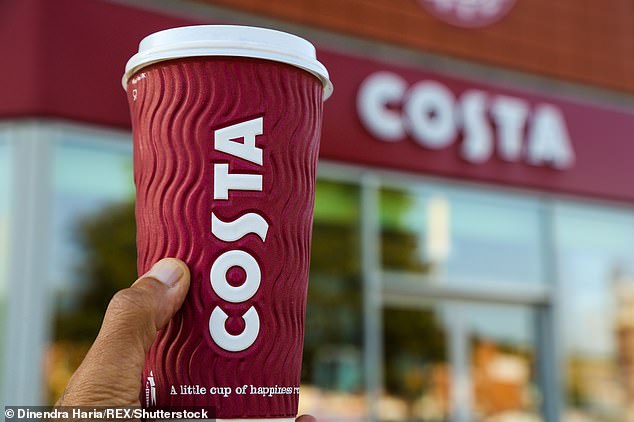 It comes after the British chain was bought out by American fizzy drinks giant Coca-Cola for £3.9billion in August last year

Meanwhile, the old medium, which is 16 ounces, is now called a large, with the old large, 20 ounces, rebranded as the new cup size ‘extra large’.

As part of the new line up, Costa has also introduced a new small options, which contains just 8 ounces, making it a third less than the original.

The change, which is currently being trialled in Hampshire, Gloucestershire, South Yorkshire and Birmingham, has been introduced to both the chain’s paper takeaway cups and its in-store china.

British hotel and restaurant company Whitbread, which also owns the Premier Inn hotel chains and Beefeater restaurants, sold Costa to Coca-Cola for £3.9billion in January of this year.

Under the deal, Coca-Cola took on Costa’s 2,400 shops in the UK and a further 1,400 in 31 other countries around the world including in China, Saudi Arabia and India. 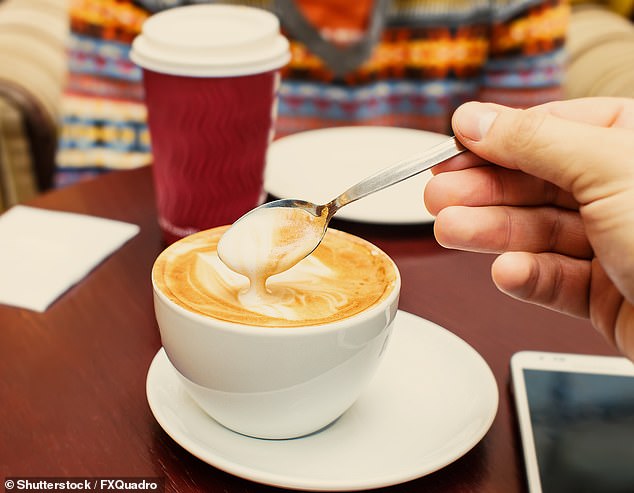 It also bought the coffee chain’s 8,000 self-service express machines, which are dotted around petrol stations and supermarkets in eight countries including the UK.

Costa was started as a small roastery in Lambeth, south London, in 1971 by Italian brothers Sergio and Bruno Costa. They opened their first cafe in 1978.

Whitbread acquired Costa in 1995 and expanded the brand to more than 2,861 stores across 30 countries.

Earlier this year, national research showed shrinking chocolate bars, cereal boxes and loaves of bread have contributed to a rise in ‘shrinkflation’ in Britain.

Old extra large: Did not exist

Data from the Office for National Statistics (ONS) revealed that 206 products shrank in size between September 2015 and June 2017.

They included bread and cereals, meat, sugar, jam, syrups, chocolate and other confectionery.

British brand Cadbury’s has been among the hardest hit by shrinkflation since it was taken over by US giant Kraft Foods.

Bags of Doritos were also hit by Shrinkflation in april 2017, with sharing bags dropping from 200g to 180g – despite no change in price.

Mars announced in March 2017 that bags of Maltesers, M&M’s and Minstrels were getting smaller, shrinking the pack sizes by up to 15 per cent.

Maltesers sharing backs went from 121g to 103g. Other products to shrink included Birds Eye fish fingers – with the number of fingers dropping by two in a pack, and Kellogg’s Coco Pops. 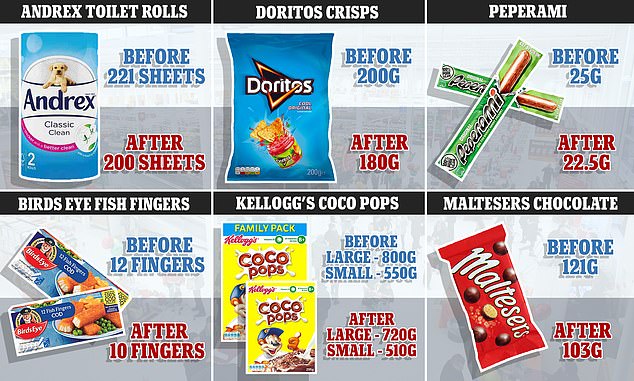 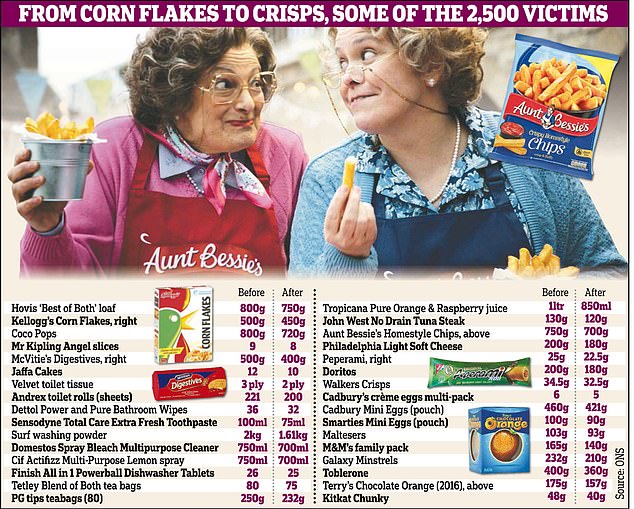 Choice's four tips for stacking your dishwasher for a cleaner wash
Senate poised to confirm Kavanaugh on day of rage
Andre Previn dies aged 89, known for Morecambe and Wise appearances
Ken Clarke gets his revenge on Boris Johnson as the veteran MP labels him 'disingenuous'
The Apprentice winner Sian Gabbidon is ALREADY living a life of luxury
Delaying Brexit is 'betraying the British people' Theresa May is told by TORY backbench Brexiteer
Solar power payments to be SCRAPPED
Quarter of dresses worn by Meghan are by British designers as duchess opts for American brands