A young family desperate to escape their £2,000 London rental flat burst into tears when they found out they’d bought their ‘dream’ home – only the third property they’ve ever looked at.

Mark and Rachael, originally from New Zealand, lived in a rental flat in Wimbledon, south west London, with their young son Matthew.

But the pair dreamed of buying their own home and, despite never having visited a property before, ended up nabbing the third house they’d ever seen. 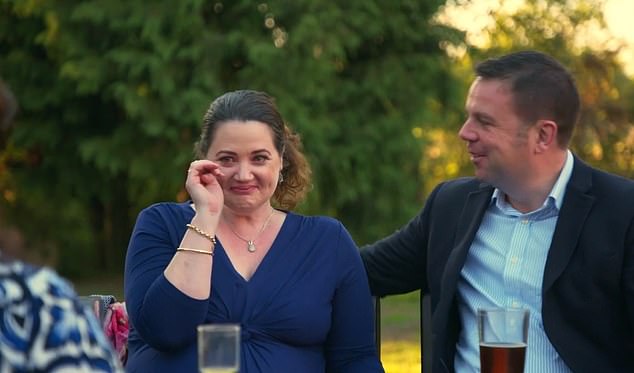 Mark and Rachael couldn’t believe they’d managed to buy the house third house they looked at, with Rachael bursting into tears immediately after the offer was accepted

During the show, presenters Kirstie Allsopp and Phil Spencer attempted to help the young family find a new home in Surrey.

The couple needed serious help, having lived in pricey rented accomodation in London for years.

After a whirlwind romance that saw them engaged within four months of meeting, three years on Rachael and Matthew are keen to secure their first family home.

They revealed that singing a romantic duet of Aqua’s Barbie Girl one night made them both realise they’d found ‘the one’. 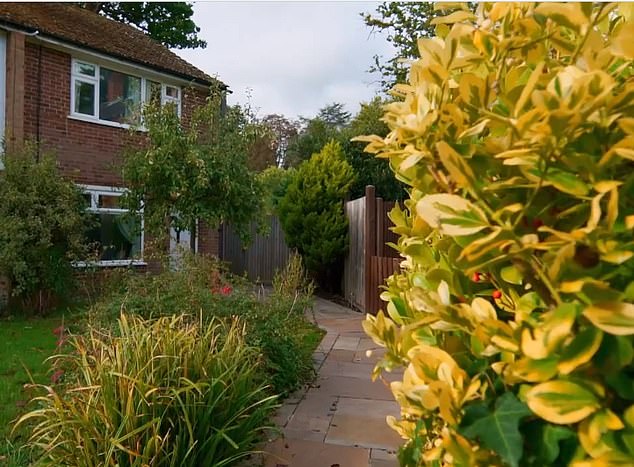 The £440,000 house may appear modest from the outside, but it boasts four bedrooms, several bathrooms, a family room and a lovely open plan kitchen

The couple were keen to move to commuter hub Woking, but seemed to have an ever-growing list of desires, which included four bedrooms, a big garden, an open-plan kitchen, a ‘man cave’ for Matthew, a safe cycle route to the station, good schools and a downstairs bathroom.

And Phil and Kirsty were stunned that they hoped to get all of that for £450,000.

But Kirsty was convinced she could deliver, telling the couple: ‘I’m not knocking Woking, but Wimbledon to Woking is not your dream.’

Mark admitted that while it isn’t the ‘dream move’, he said it would mean they got more for their money than if they stayed in the capital. 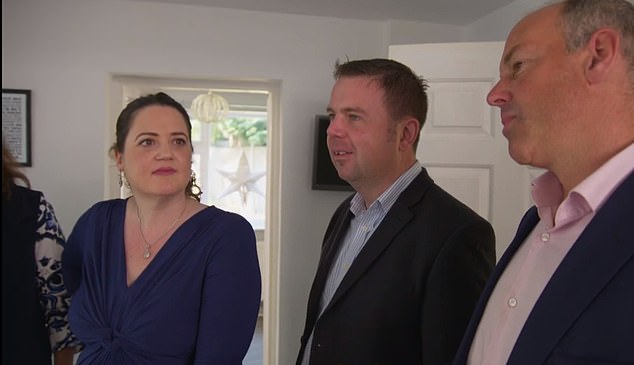 Though they’d never been to any house viewings before, Mark and Rachael were quick to judge the first two properties on the programme – but the third well and truly wooed the pair 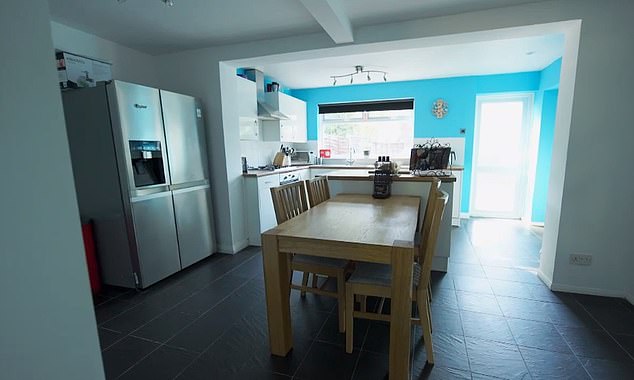 The first property they viewed had been cleverly extended and featured an enormous kitchen diner, but the downstairs bedroom detered pregnant Rachael.

She remained unconvinced by the property throughout the rest of the viewing, branding the upstairs ‘definitely too small for us’.

The picky pair then travelled to see another house, but the late 1940s home was on a busy road, meaning it was quickly struck off the list.

The final house was in the Saint John’s area of Woking and had a riverside cycling commute, a ‘village feel’ and good local schools. 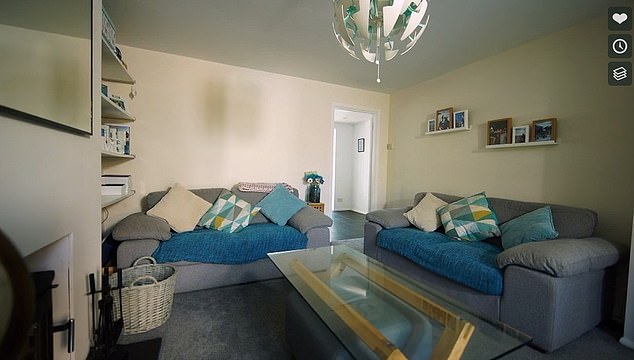 The sitting room in the final property offered a bright and cool feel, which would perfectly accomodate their growing family 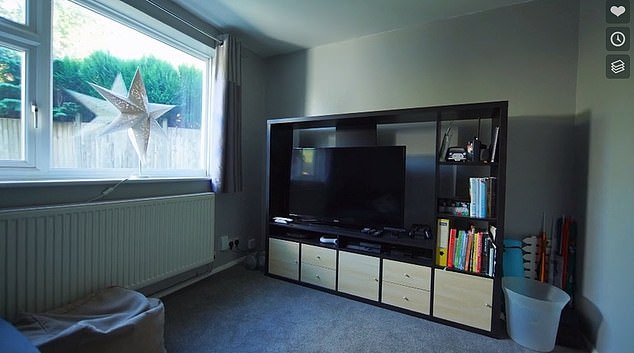 The property was a corner house, tucked away at the end of a row with a large wrap-around garden.

With a kitchen perfect for entertaining, a living room, four bedrooms and a downstairs bathroom, it had everything the couple wanted.

‘I like it,’ Rachael exclaimed, adding: ‘It’s got everything that we need.’ 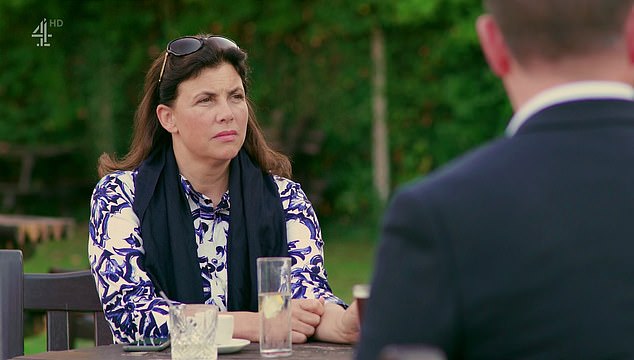 During the show, presenters Kirstie Allsopp and Phil Spencer attempted to help the young family find a new home in Surrey 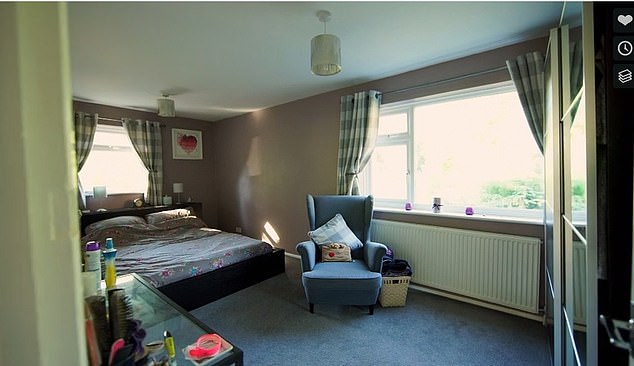 The four upstairs bedrooms in the third property were big and bright, with large windows overlooking the garden 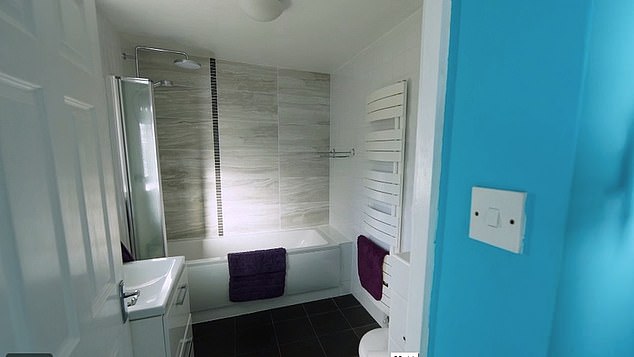 The downstairs bathroom in the final property acted as a a good sell for Rachael, as she said she imagined cooking dinner while the children had their baths

Meanwhile husband Mark was sold immediately and couldn’t hide his glee, saying: ‘I love the village here, I love the garden…’

‘That is beautiful, really gorgeous,’ Rachael chipped in. ‘I can see how this could work for us.’

But Kirsty and Phil revealed there were keen viewers coming to see the house that afternoon, and advised the pair to make up their minds in order to secure the property. 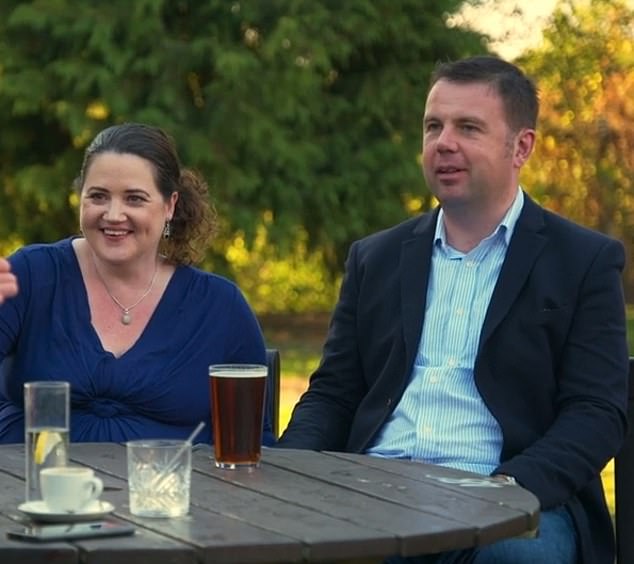 The couple were overjoyed to buy their first home together in Woking, and couldn’t wait to escape the expensive rental prices of London

They quickly decided they were happy to put in an offer for the asking price in order to take the property off the market.

And when Kirsty gave them the good news that their offer had been accepted, Rachael couldn’t help but burst into tears.

Speaking to camera, she said: ‘It’s the first place I can call a proper home, which is really exciting. We’ll have to get it sorted before baby number two arrives.’