A couple have been left furious after their local hospital built a 22ft mound the other side of their garden fence.

Les and Michelle Burdon claim the mound of earth behind their home is attracting trespassers who repeatedly peer into their bedroom.

The family fear they could be tempted to burgle them if they spot expensive goods through the window and are also worried about the value of their home.

The mound was installed by University Hospital of North Tees in Stockton as a ‘visual and sound screen’ to reduce the impact of a new ‘energy centre’ on neighbours.

But the Burdons are adamant it is making their lives worse. 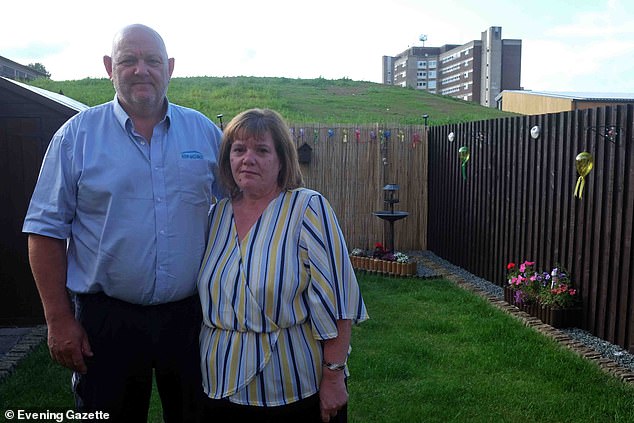 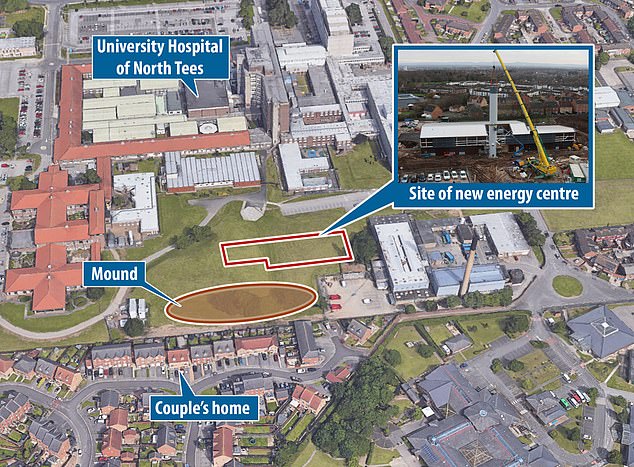 Mr Burdon said: ‘It looks like an absolute eyesore. And what about our privacy? You can see directly into the bedroom.

‘It’s not supposed to be publicly accessible but people keep walking in and staring into our house. We’re looking out onto this half-finished man-made hill.’

His wife, Michelle added: ‘We were told it wouldn’t affect our privacy. It’s just not fair on us.

‘We’re frightened that people are looking into our house. Things might get stolen.

The local NHS trust, North Tees and Hartlepool, began work on its new £25million ‘energy centre’ at the Stockton hospital in 2017.

The centre was commissioned to replace the hospital’s old 50-year-old boilers, heating and electrical plant.

The structure features a 88ft-high chimney, which towers above the site.

Hospital bosses claim nearby residents were consulted and the project will save £100,000 a year in energy costs, as well as securing the future energy needs of the hospital site.

The mound was built to reduce noise and visual pollution from the construction and day-to-day use of the site.

Speaking in 2017 when building began, Peter Mitchell, the trust’s director of estates and facilities management, said: ‘The new energy centre is part of the trust’s investment plans, after successfully securing £25m to carry out much needed investment in the trust’s infrastructure. 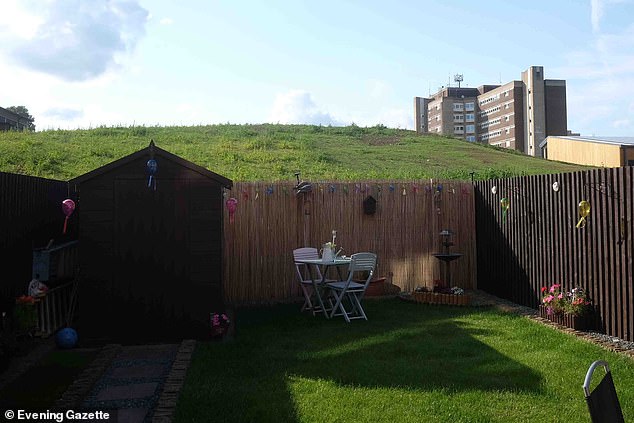 ‘As parts of the hospital, particularly the boilers, heating plant and electrical plant, are now nearly 50 years old we need to replace them to ensure that services remain safe and reliable and able to maintain the operational effectiveness of the hospital.

‘The existing boiler room is being replaced with a new energy centre which will be more reliable, energy efficient and environmentally friendly.

‘We’re delighted the scheme is progressing well and below budget.’

Speaking this week, Steven Taylor, assistant director of estates and capital at North Tees and Hartlepool Solutions LLP, thanked the public for their patience during the 18-month construction.

He said the mound was constructed as an ‘visual and audible screen’ to reduce noise generated by the site, adding: ‘In order to proceed with this project we were required to make a planning application to Stockton Borough Council.

‘This process involved a consultation period which included a letter drop to all residents inviting residents that could be affected to a public consultation event to view the proposals.

‘Comments received by the public were very positive and a number of comments were taken forward into the design. 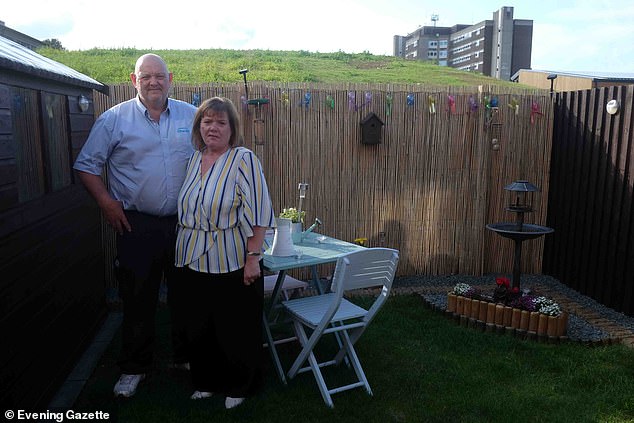 ‘A requirement of the planning application was to include the mound to create a visual and audible screen to the site reducing any noise that residents may experience.’

Mr Taylor said the trust has taken measures to secure the site from trespassers, including new signs and CCTV.

He said: ‘The gate to the fire road is now padlocked under the control of the Trust security team, which will prevent access from the west of the site.

‘There are signs around the Tatchell Centre indicating no through access and we do plan to install more cameras to control access.

‘As a further measure, to help solve the issue, fencing will be installed around the base of the mound to prevent unauthorised access to the mound.’ 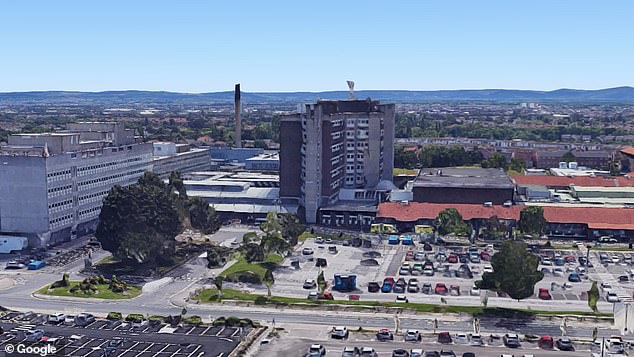 Pictured: The mound has been created by the University Hospital of North Tees (pictured)

Harmful superbugs including E. coli have been found in beauty products
PM writes to every home urging people to stay in to fight coronavirus
Twelve firefighters and a cherry picker try to free bird hooked on a lamppost with fishing wire
Jacqueline Wilson comes out as gay aged 74
Bill Cosby, 82, is denied early release from jail despite COVID-19 outbreak in his prison
'Terrorist' knifeman wearing a fake explosive vest is shot dead in Paris after stabbing four people
China reports another 48 imported cases of coronavirus, putting an end to four days of declines
Digital wizardry restores some of Europe's most stunning castles to their former glory