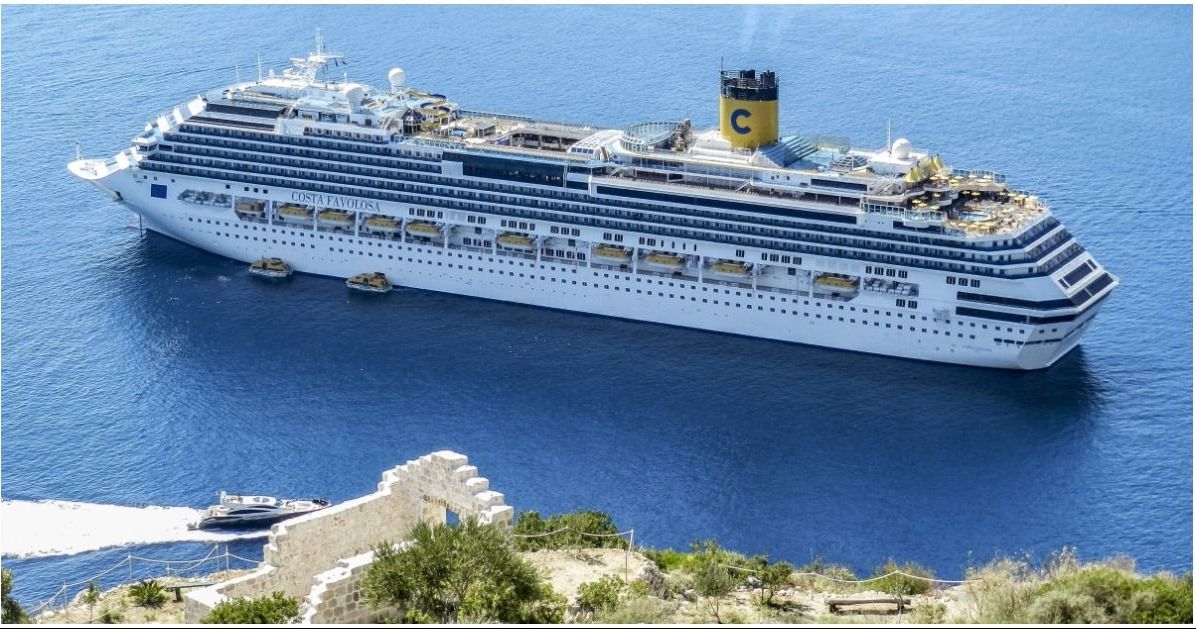 Comfort, affordability, and the variety of destinations have made vacations cruises one of the most popular kinds of getaways for American travelers.

The cruise ship organisation CLIA reports that 24.7 million passengers set sail on these vacations in 2016. But for every dream cruise, there are just as many nightmarish travel experiences.

While bad weather and food poisoning are some of the biggest risks on-board a cruise ship, New Jersey couple Carol and Bertam Palk discovered another serious danger: being stranded in a foreign country during a medical emergency.

During their recent vacation on a Royal Caribbean cruise ship, Carol, 79, fell ill from an ulcer in her stomach.

The Palks were vacationing with a group of friends from their local Rotary Club, and were veteran travelers on their 16th ocean cruise. But they were unprepared for the rough treatment in store during Carol’s medical emergency.

When she noticed blood in her stool, Carol visited the ship’s doctor. He monitored her, and found that her red blood cell count was dropping sharply. Then, he warned the Palks that if the count fell below a certain level, he would be required by company policy to send Carol off the ship.

“The doctor told me, ‘I’m going to kick you off the ship’ if the level dropped any further,” Palk told NorthJersey.com. And he did.

The Palks were told to pack their things and prepare to disembark at the next port. Soon, they found themselves stranded on a dock in Puerto Costa Maya, Mexico, as their ship continued its journey home to Miami.

Neither of the Palks speak Spanish, so they had no way to communicate their emergency to the locals.

The Palks chose not to visit a Mexican hospital, and instead hired a cab to reach Cancun. Carol endured the five-hour, 200-mile journey while the ulcer in her stomach continued bleeding. From the resort city’s airport, they caught a pair of flights to Mexico City and then back to the United States.

The ship’s staff helped arrange – but did not pay for – the taxi trip and the flights home, which cost more than $3,400 all told. That was more than twice what the Palks paid for their cruise in the first place.

Carol says her suffering was so great that she wrote a will during one of her flights.

The other Rotary Club members also had no way to get in touch with the Palks during their trip back to America.

“The way Royal Caribbean handled this was a complete disaster,” said Ron Francioli, one of the group’s members. “I was up through the whole night trying to talk to them.”

While Carol is doing well now, she wants an apology from Royal Caribbean for the stress and agony she suffered during her trip home. So far, all the couple have received is a voucher for 20% off another cruise.

Carol says she has no interest in another cruise vacation.

A spokesman for Royal Caribbean Cruises said the actions of their employees “depend entirely on the condition and needs of our patients.”

“In this case, our ship’s doctor and medical crew initially treated the guest in our medical facility but required additional and urgent medical attention that could only be provided in a hospital.”

Has this story made you rethink your next cruise vacation?

Photo Worthy Rainbow Treats To Make This Spring
Man Sues Amazon After They Fired Him For Pooping Too Much
Princess Charlotte and prince George complicit with Elizabeth II, check out an amazing detail of the...
Dramatic Image Of Jesus Appears Above An Italian Town And It's Incredible
The 4 New Oreo Flavors Coming This Summer
Kim Kardashian is a fan of Kanye West, it creates a strange controversy (PHOTOS)
You Can Now Get Microwavable Slippers To Keep Your Feet Warm And Cozy
Los Angeles Rams Cheerleaders Will Make History At The Super Bowl