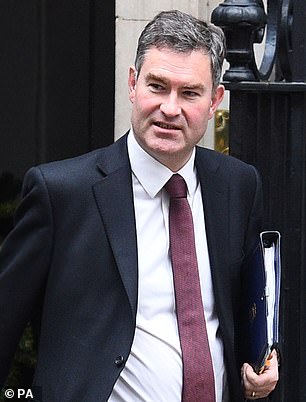 Couples will soon be able to get a quickie divorce without playing the blame game, it was claimed last night.

Justice Secretary David Gauke is drawing up plans to end the fault-based divorce system within months.

Currently, the law in England and Wales states a speedy separation can only happen if the married couple agree to it.

If only one spouse is seeking a divorce, they must prove their partner is guilty of adultery, desertion or showing unreasonable behaviour.

But Mr Gauke’s planned shake-up will make it easier for couples to divorce without having to blame each other. The current law is 50 years old and has been blasted for forcing spouses to list their partner’s bad behaviour.

Critics have said the need to point the finger makes formal separation more acrimonious and risks upsetting children. Under the new bill, couples will simply have to give notice that a marriage has broken down beyond repair.

Mr Gauke will set the ball rolling on new legislation in May. He published a consultation paper last September, which received more than 600 responses.

He told The Times: ‘[They] were overwhelmingly in support which is why I remain as convinced as I have been for the need to reform this particular area.’