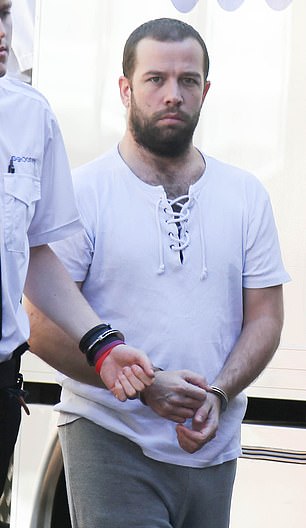 The sister of a woman allegedly murdered by her abusive husband has told how he burst into the family home as they enjoyed a takeaway and opened fire with a stolen M4 assault rifle.

Craig Savage is accused of shooting dead his wife Michelle and her mother Heather Whitbread in St Leonards-on-Sea, East Sussex after stealing the high-power rifle from a shooting range.

Michelle’s sister Raven Whitbread today told the court how she heard the sound of glass breaking and saw Savage smashing his way into the room through the window.

Miss Whitbread, who was seven months pregnant at the time, said: ‘Mum and Michelle both jumped up and told me to run and Michelle went towards the window where he was coming through.

‘I climbed over the back of the sofa and out of the room. I believe that I put my plate down somewhere and ran back in.’

She said her mother ran towards her holding their dogs, Akira and Tifa, by the scruff of their necks and handed them over to her. 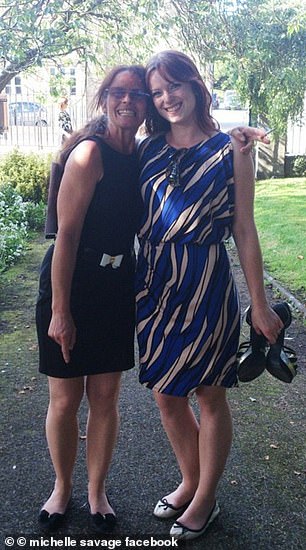 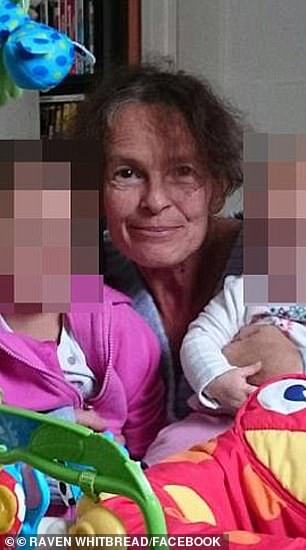 Miss Whitbread said: ‘I started to back out of the room with them. At this point I was looking down and then I heard my mum shout “Don’t you f*****g dare”.

‘He was coming through the house coming further into the house and I saw him point the gun towards me.

‘I saw Craig pointing the gun at me. After she shouted he aimed towards her and then fired. The next thing is Michelle running towards me shouting: “No, no, no, no”.’

Fighting back tears, she said she next saw her sister lying on the floor in the hallway with her arms raised and Savage standing over her.

‘She raised her hands in the air and said: “What the f**k Craig”. Craig then shot her a number of times.’

She added said: ‘I didn’t believe the gun was real at the time. I didn’t know what was happening.’

Miss Whitbread ran into the back of the house into the conservatory and locked herself in with her grandmother, Patricia, who lived in an annexe to the three-bedroom house. 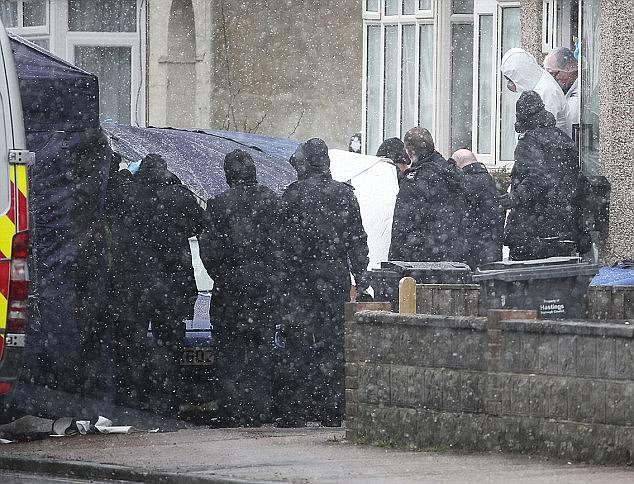 In a 999 call played to the court she told the police call handler: ‘My sisters’s crazy ex has just smashed through the window with a weapon. He had something in his hand.

Audibly crying, she said:  ‘All we heard was banging on the glass and then him coming through and then she shouted.

‘He was aiming something at my sister and now she’s on the floor. It’s all gone silent. I don’t know what’s happened.’ 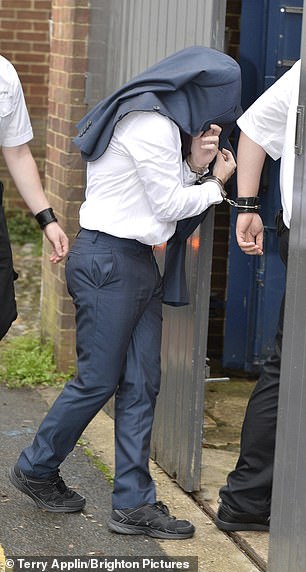 Savage covered his face outside court

She said: ‘I don’t know what he did. I don’t even know if it was a real gun. He’s just mental. He’s already slashed my tyres and my sister’s tyres and a whole load of other stuff was going on.’

The incident happened on March 16 this year when Savage went round with an M4 semi-automatic weapon which he had earlier stolen from Target Sports 1066 rifle range.

Earlier his trial heard how Savage was a ‘very controlling’ man and his relationship with his wife was difficult.

He would constantly text and phone her demanding to know who she with and where she was.

The couple split up in February this year after Savage was found ‘pinning’ his wife’s dog, Zeus, a black and white Staffordshire bull terrier to the floor.

However, Savage was desperate to reconcile with his wife of five years and began repeatedly texting her and phoning her.

The court heard his defence will insist the gun went off accidentally.