The TV presenter Sandi Toksvig is set to chair a literary event about how men write about women.

She is, she says, looking forward to ‘seeing if we can find the finest example of truly awful writing about women’.

The co-founder of the Primadonna Literary Festival is an author called Kit de Waal, who says: ‘There is no excuse for men to write badly about women’s lives.’

The event is jocularly titled ‘Her Breasts Preceded Her Into The Room’.

Of course, it goes without saying that the world is full of truly awful writing about women, much of it by highly acclaimed authors. 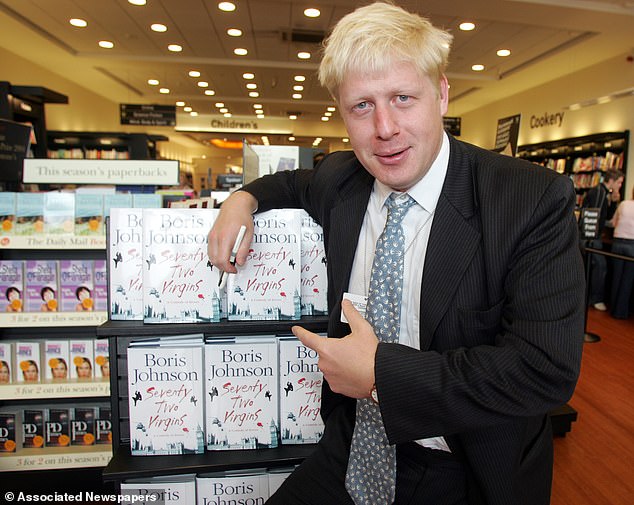 Prime Minister’s only novel, Seventy Two Virgins, has plenty of female characters, among them ‘a mega-titted six-footer’, another who looks ‘like a lingerie model, only cleverer, and, if anything, with bigger breasts’, and a third who has an ‘unambiguously exuberant bosom’

I still remember the jolt I felt when reading For Whom The Bell Tolls by Ernest Hemingway and running into this terrible passage:

‘Her teeth were white in her brown face and her skin and her eyes were the same golden tawny brown. She had high cheek-bones, merry eyes and a straight mouth with full lips.

Her hair was the golden brown of a grain field that has been burned dark in the sun but it was cut short all over her head so that it was but little longer than the fur on a beaver pelt.’

Some 150 pages later, the hero of the book manages to roll in the heather with the lucky lady: ‘And all his life he would remember the curve of her throat with her head pushed back into the heather roots and her lips that moved smally and by themselves.’

Just for writing those last seven words — ‘lips that moved smally and by themselves’ — Hemingway should really have been given the literary equivalent of an ASBO. Instead, he was awarded the Nobel Prize for Literature.

I offer this passage to Sandi Toksvig and her panel at no charge. And there are plenty more examples of men writing terribly about women. 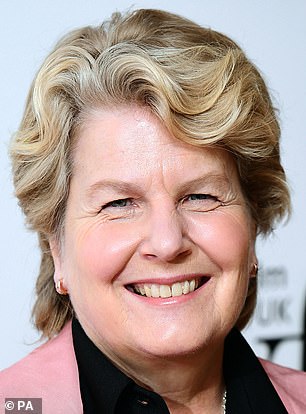 Oddly enough, two of our most prominent male Brexiteers have penned one-off novels in which women appear, to disastrous effect.

In the opening scene of Iain Duncan Smith’s little-read novel The Devil’s Tune (2003), two women emerge topless from the sea.

One is a ‘blonde with a classically beautiful face, the sort seen on glossy magazine covers all over the world’, while the other has dark hair and ‘wide, dark eyes, which drew the observer in’.

Oh dear, oh dear. Our current Prime Minister’s only novel, Seventy Two Virgins (2004), also has plenty of female characters, among them ‘a mega-titted six-footer’, another who looks ‘like a lingerie model, only cleverer, and, if anything, with bigger breasts’, and a third who has an ‘unambiguously exuberant bosom’.

It is true to say that male novelists often tie themselves in knots when writing about breasts.

‘Beneath the contour jewellery her breasts lay like eager snakes,’ wrote J.G. Ballard in his 1967 work, The Cloud-Sculptors Of Coral D.

‘Her hips were beautifully arched and her breasts were like proud flags waving triumphantly,’ wrote Michael Avallone in The Case Of The Violent Virgin (1957).

In Furious Gulf by Gregory Benford (1994), we hear that ‘Jocelyn came through the fog wall, muttering, her breasts swaying like two angry red eyes looking for a fight’.

And in Kris Longknife: Audacious (2007), Mike Shepherd writes that: ‘Suddenly Kris had boobs. Boobs that she knew all too well how to make go boom.’

But other areas of the female body can also present problems to the male novelist.

How about this from Mindstar Rising by Peter F. Hamilton (1993)? ‘He lifted her tee-shirt over her head. Her silk panties followed.’

Or this, from The Moment Of Truth by Edgar Jepson? ‘She sat huddled in a chair, covering her ears with crossed legs.’

Plenty of fuel here, then, for Sandi Toksvig and her literary panel to chew over. On the other hand, it’s important to remember that a bad male novelist can be just as crass about men as he is about women.

‘Tom Courtauld was a talking man,’ writes John Fonville in Where The Big Gun Rides (1964). ‘And he didn’t just talk words. He talked thoughts. And his thoughts were worth thinking about no matter in whose head they were.’

I should add that all the above extracts are authentically bad: I haven’t made them up.

However, lest Sandi Toksvig is driven to rub her hands too eagerly, I should add that the world is full of women authors who also cannot write about women, let alone men. I shall be offering plenty of evidence for this phenomenon in my next column.