For better or worse, university students are known to enjoy drinking games. Often they gulp down beer every time a particular word or phrase is mentioned on a given TV programme.

In my day, the most popular programme for the game was the long-running soap opera Crossroads, and the particular phrase was ‘What’s up with ‘im?’

It would never take long for the first ‘What’s up with ‘im?’ to be uttered. Invariably, Meg Mortimer’s dull-but-conscientious son Sandy would enter Meg’s sitting room just as someone else was storming out of it.

‘Blimey,’ Sandy would then say, with an uncomprehending shake of his head, ‘What’s up with ‘im?’ And down our throats the drinks would tumble. 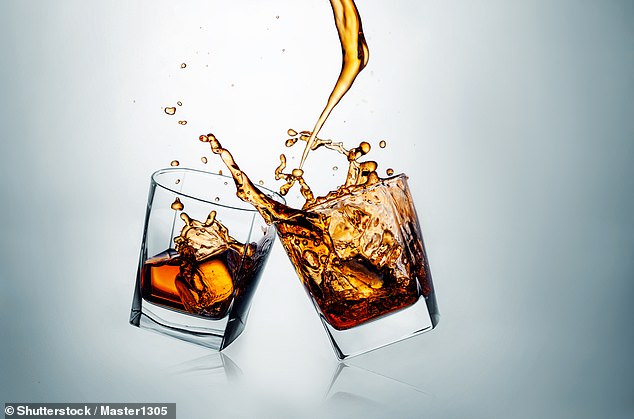 For better or worse, university students are known to enjoy drinking games. Often they gulp down beer every time a particular word or phrase is mentioned on a given TV programme

These days, I’m told that similar games are played during the Eurovision Song Contest: you have to knock back a drink every time a singer drops to his or her knees and/or sings the word ‘heart’.

It was while listening to the Chairman of the Conservative Party, Brandon Lewis, burbling away on Radio 4’s Today programme recently that a more topical drinking game came into my head.

In many respects, it was the same sort of interview we have all heard, time and time again, full of tough-but-meaningless answers, full of phrases like ‘the way forward’, ‘as a matter of principle’, ‘the challenges ahead’ and ‘the reality is…’

But after a couple of minutes, it dawned on me that Mr Lewis — a figure of whom I had, up until that point, been only very dimly aware — was employing all those cliches and nothing but those cliches. Listening again, I totted up his repetitions.

The results were alarming. For instance, he managed to trot out the phrase ‘the reality is’ four times in the first 13 seconds alone. 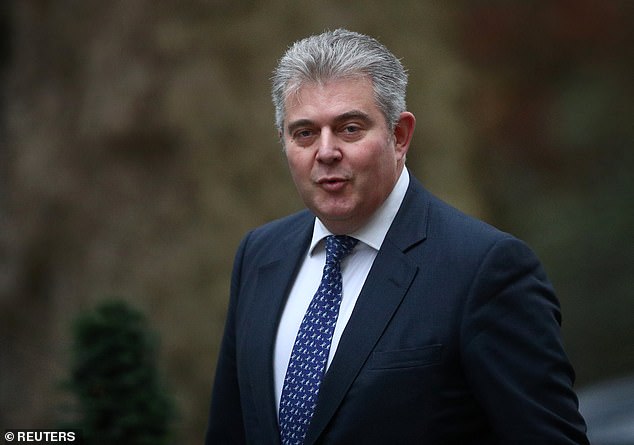 It was while listening to the Chairman of the Conservative Party, Brandon Lewis, burbling away on Radio 4’s Today programme recently that a more topical drinking game came into my head

There were moments when I thought that either I must be hallucinating or that something had gone wrong in the Today studio. Had an echo machine been placed next to the interviewee’s microphone by mistake?

Oddly enough, this resume omits nothing of substance.

Years ago, the formidable Jack Straw confessed that, in tight corners, he often gave interviews with the express purpose of being as boring as possible.

At moments of crisis, ‘it was time for some unbearably boring quotes. Thank God for the compound sentence, the subordinate clause. I was Mogadon, free, without prescription.’

Much less bright than Straw, Brandon Lewis was aiming for the same effect just by repeating himself.

Halfway through his interview, I found myself worrying that students who had been up all night might be using his interview for a final drinking contest. If so, the outcome could be lethal.

In the Eurovision Song Contest, singers only get down on their knees once every 20 minutes or so, and they warble the word ‘heart’ no more than five times an hour.

But what if a reckess young student had agreed to drink beer every time Brandon Lewis said ‘clear’ or ‘very clear’ or ‘let’s be very clear’?

By the end of his allotted eight minutes, the Chairman of the Conservative Party had repeated the word ‘clear’ no fewer than 21 times, or once every 22 seconds.

Small wonder that those of us who weren’t involved in a drinking contest were left feeling very woozy by the end of it. Never again!