A manhunt is underway for two thieves who stole killer python lollies during an armed robbery in October.

Two males, in a white Holden commodore with stolen plates, drove to a service station on the Princes Highway in the south-east Melbourne suburb Nar Nar Goon at 1.30am on October 26, armed with garden shears.

The staff member stayed in the rear of the store as the frustrated offenders grabbed a few bags of killer python lollies before leaving.

The robbery followed an earlier attempt on a convenience store in Officer, a neighbouring suburb in south-east Melbourne, with the would be thieves foiled after discovering the doors were locked. 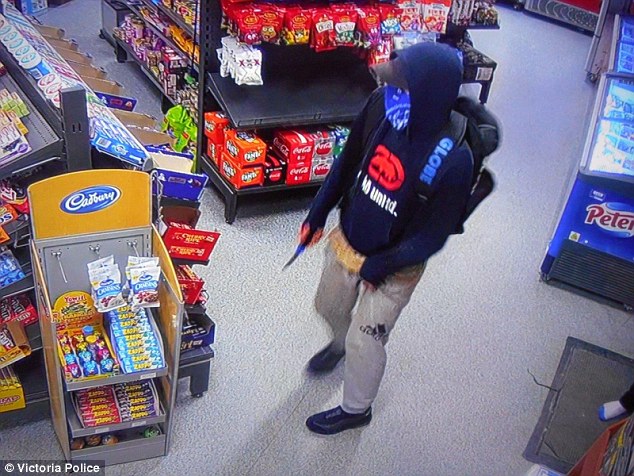 Two males, in a white Holden commodore with stolen plates, drove to a service station on the Princes Highway in south-east Melbourne at 1.30am on October 26, armed with garden shears Armed with garden shears, one of the men makes his way into the store late last month in Nar Nar Goon 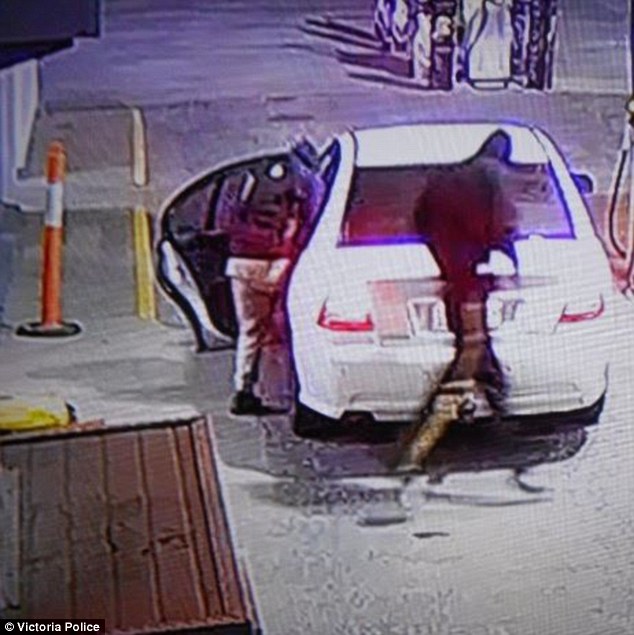 The offenders reportedly stole number plates off a car parked in Berwick before their crime ‘spree.’

The offenders were wearing hooded tops with bandanas over their faces and were driving a white VZ Commodore Acclaim sedan with black wheels.

Police have released images of two men they believe may be able to assist with their investigation. 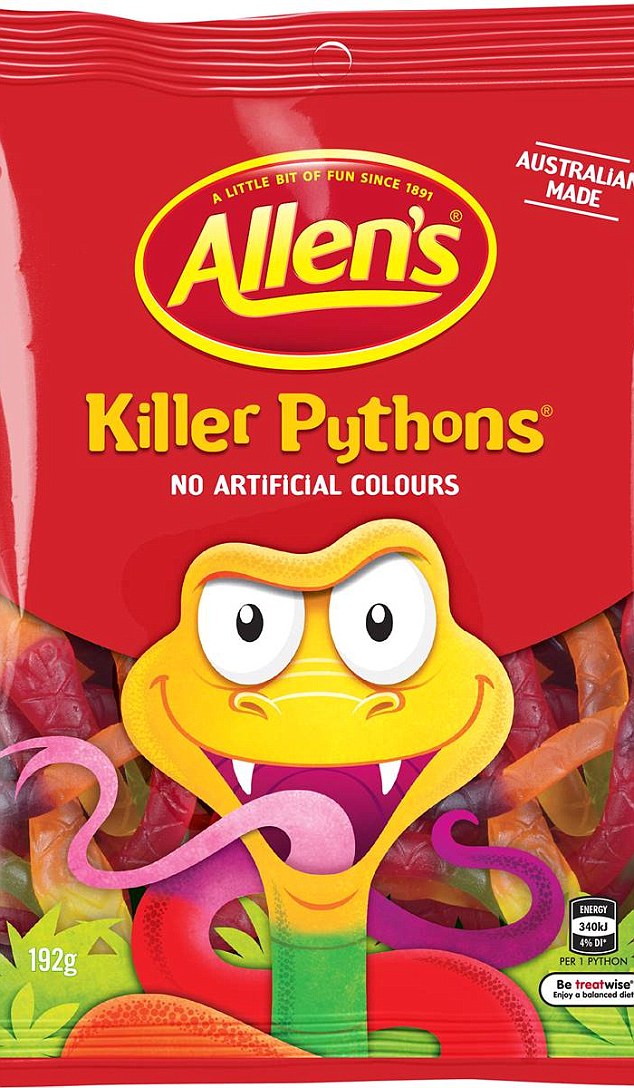 The thieves had a sweet tooth, grabbing some killer python lollies as they exited the service station