A 56-tonne, 75ft bridge structure in Russia‘s Arctic region has vanished without a trace – prompting a criminal investigation into its disappearance.

The structure made up the central span of a long-dismantled bridge over the Umba river, near the abandoned settlement of Oktyabrskaya, in the region of Murmansk.

Photos dating May 16 showed the central section of the bridge had fallen into the water. 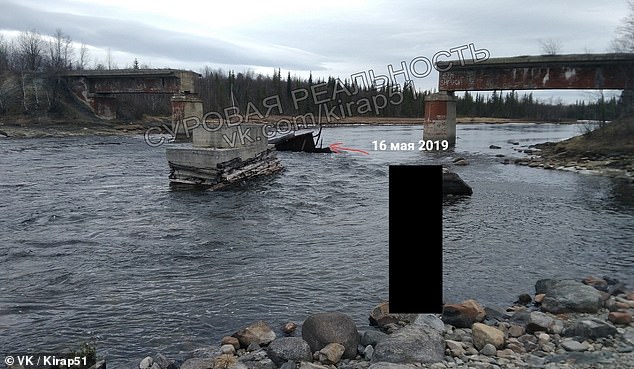 Ten days later, on May 26, new aerial photos showed the rubble had disappeared without a trace.

Local residents speculated the bridge section’s collapse and disappearance was not an act of nature.

‘Natural phenomena could not bring down the bridge,’ wrote the VK page where the photos were first shared.

Locals residents, who suspect metal thieves were responsible for pulling the structure into the water, have reported its disappearance to the Kirovsk Police. 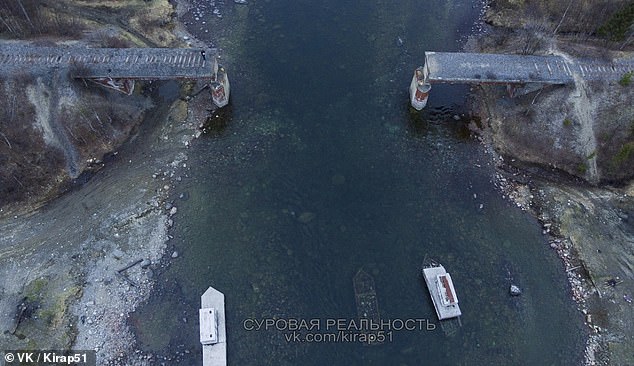 In a statement the Kirovsk Prosecutor’s Office confirmed an investigation was underway into the theft of the structure that had once spanned the Umba River.

‘According to investigators, in May 2019, an unidentified person secretly stole metal constructions of length out of mercenary motives… which caused material damage to the owner in excess of 600,000 rubles – [£7,237].’

Local media reported the rail bridge, which once connected the villages of Aikuven and Lovozero over the Umba river, was no longer being used and had been dismantled years ago. 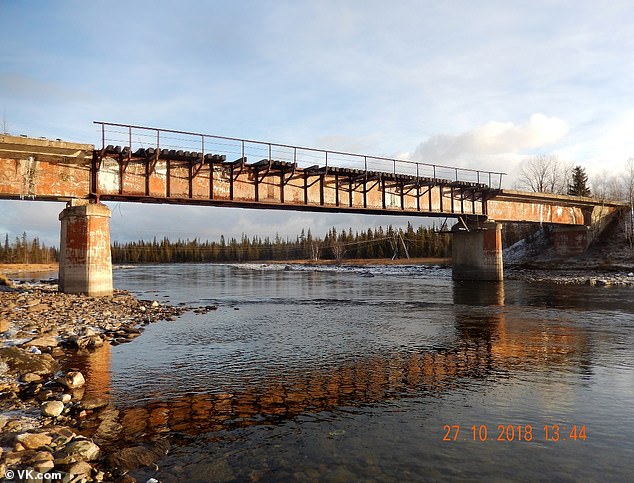 The rail bridge as it was before. Thieves are suspected of having stolen the bridge’s central span