London‘s new Crossrail route may not open until the spring of 2021, rail bosses have admitted.

Trains were meant to start running through the central tunnels from Paddington to Abbey Wood last December but the project has faced a series of delays.

Rail chiefs say they have a ‘robust and realistic plan’ to open the tunnels, which will form the heart of a 73-mile east-west railway, between October 2020 and March 2021.

But even then Bond Street station will not be open as work there is delayed because of ‘design and delivery challenges’, they said. 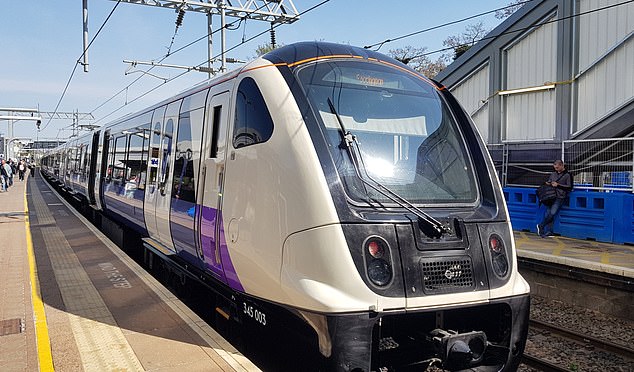 London’s new Crossrail route may not open until March 2021, managers of the delayed project have admitted (pictured, a Crossrail train at Ealing Broadway)

Once the central, 13-mile section has opened, full services across the line will begin ‘as soon as possible’, Crossrail Ltd said.

When fully open, Crossrail will run from Reading and Heathrow in the west to Shenfield and Abbey Wood in the east.

Crossrail chiefs had initially put the line’s opening back from December 2018 until autumn 2019 but it has now been delayed again.

It will be known as the Elizabeth Line when the whole route is open.

The latest delay comes as engineers struggle to link up the trains’ software with the networks’ signalling systems.

Engineers also fallen behind on installing the communications systems at the stations, including 30 miles cables, 200 CCTV cameras and 200 radio antennas. 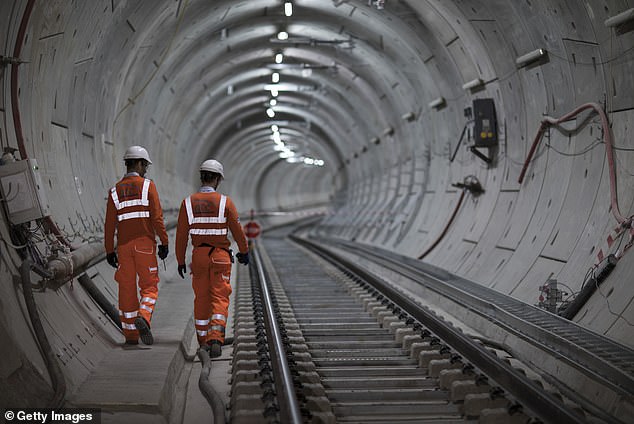 Crossrail engineers inspect the track in tunnel under central London. The middle section of the route will not be open until late 2020 at the earliest 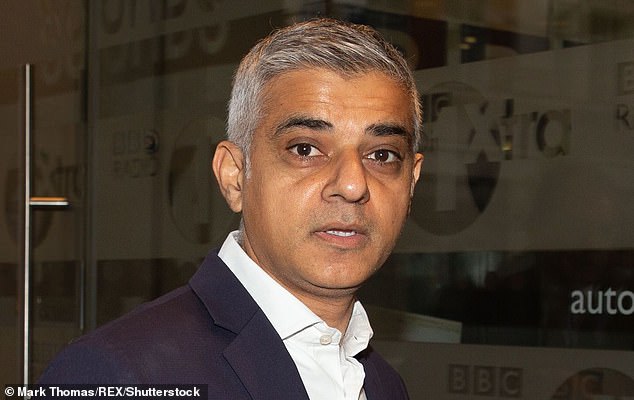 Sadiq Khan (pictured earlier this month), the Mayor of London, insisted the new plan for Crossrail was ‘realistic’ as rail bosses admitted it may not open until 2021

London Mayor Sadiq Khan said he was infuriated by last year’s delay but insisted the new plan was ‘realistic and deliverable’.

‘I was deeply angry and frustrated when we found out about the delay to Crossrail last year. The information we had been given by the former chair was clearly wrong,’ he said.

‘We now have a new Crossrail leadership team who have worked hard over recent months to establish a realistic and deliverable schedule for the opening of the project, which TfL and the Department for Transport will now review.’

Liberal Democrat Caroline Pidgeon said the project should have been completed by now.

She said: ‘We welcome this announcement with cautionary relief. 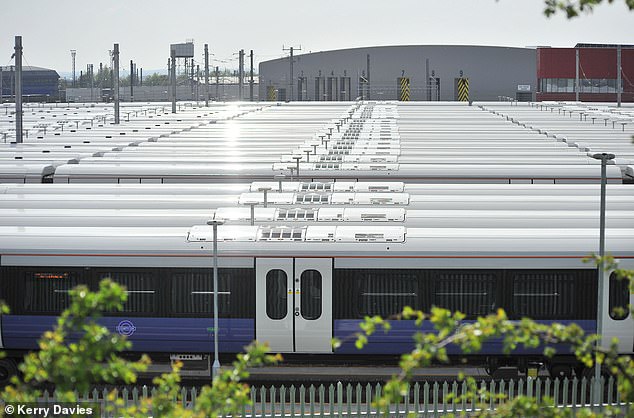 ‘The question has to be asked – is the six-month window a hedge-betting exercise to avoid disappointing passengers once more?

‘Londoners are forking out £30 million a week to bring Crossrail to completion. Further delays and doubtful dates are simply not an option.’

David Frost, chief executive of London Chamber of Commerce, said: ‘I am glad to see a firm commitment to a date for the opening of the central section of Crossrail.

‘Many businesses have already made investment decisions based upon the route and will want to see these starting to pay off.

‘I am concerned though that no timetable is set to open the full line, including the link to Heathrow.

‘It is of huge importance to London that this happens as soon as possible.’

The announcement of the new timetable came as Transport for London’s (TfL) commissioner refused to resign over the delayed project.

Mike Brown declared that he is ‘fit to be in position’ and has the ‘full support’ of Mr Khan.

A report published by the London Assembly Transport Committee on Tuesday stated that Mr Brown, who has held the role at TfL since September 2015, ‘altered key messages of risk’ on deadlines on the project which were sent to Mr Khan’s office.

The report recommended that Mr Brown, appointed by Boris Johnson and paid at least £350,000 in 2017/18, ‘reflect on whether he is fit to continue to fulfil his role’.

A £2billion Government bailout of loans and cash was announced in December due to the cost of the delayed opening.

Dozens of Crossrail’s new £1billion fleet of Class 345 trains are sitting idle at a depot in west London.

Just 15 of 70 new trains are being used for existing, limited services running eastbound from Stratford, and between Paddington and Heathrow.

Construction began on the route in 2009. An earlier plan for the line was rejected by Parliament in 1994.

Army to airlift 200 Britons trapped in coronavirus-hit China
Property tycoon, 52, dumps Bond girl wife, 68, for younger woman he met at the gym and is pregnant
Boris is set to be named PM TODAY amid massive Tory Brexit mutiny
Manchester Airport station is evacuated over suspicious package
Mother and ex-policeman accused of sex act outside school in Oldham during school run face retrial
More than 330,000 people have RECOVERED from coronavirus around the world
Thiago Silva: PSG and Liverpool have the best attacks in the world
Teenager, 19, shot in east London before police race to second shooting