Czech Republic international Josef Sural was killed after a minibus carrying Aytemiz Alanyaspor players crashed while returning from an away match.

Sural, a 28-year-old striker, died at the hospital where he and six of his team-mates were taken after the crash, the club said on Twitter.

Seven Alanyaspor players – including former England international Steven Caulker and ex-Newcastle United striker Papiss Cisse – had rented a VIP minibus to return from the club’s 1-1 draw against Kayserispor on Sunday and the bus crashed three miles from the southern coastal town of Alanya. 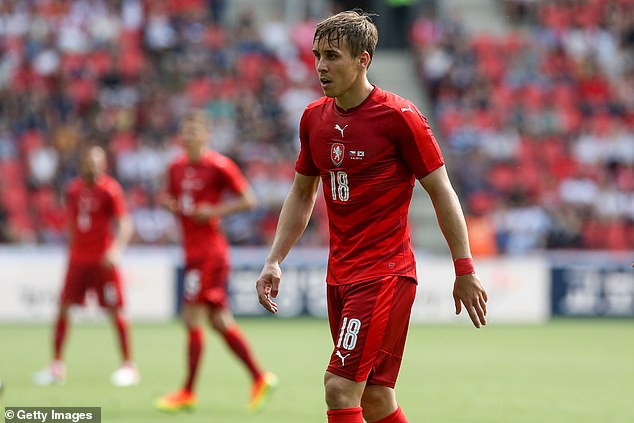 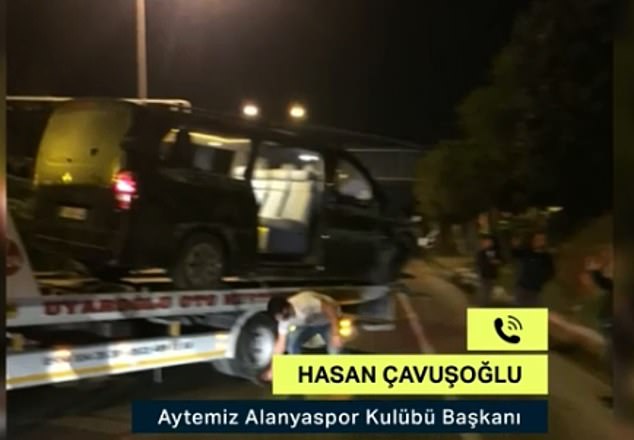 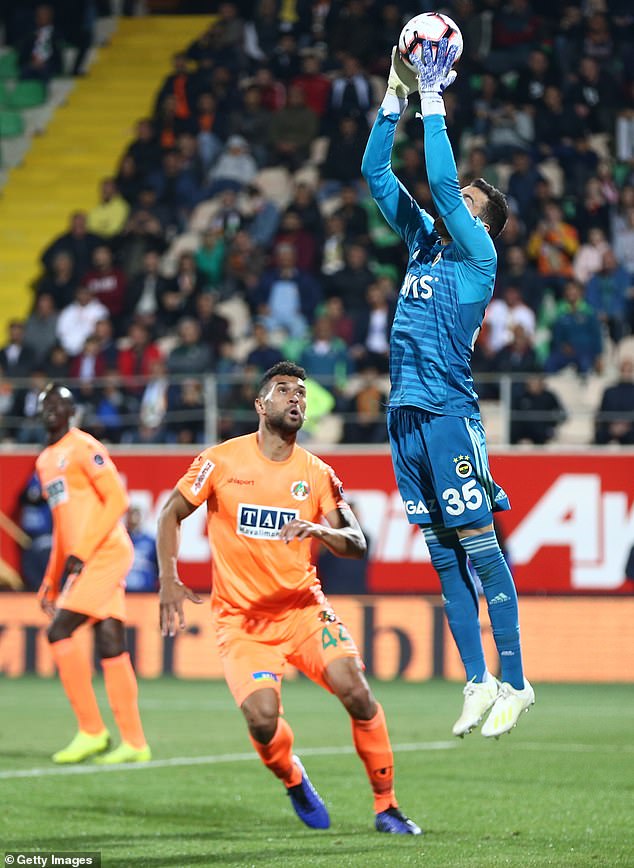 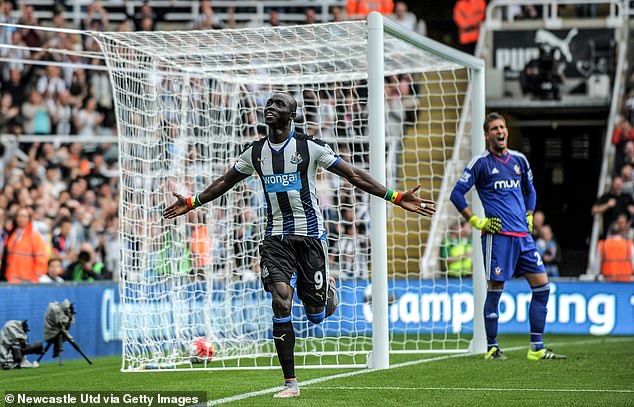 Djalma Campos, Baiano, Welinton and Isaac Sackey were the four other players caught up in the accident. Sackey suffered a broken arm.

The rest of the club’s players and staff had returned with the team bus or on their own, a Turkish agency said, adding that the driver of the VIP bus had been detained following the accident and an investigation had been launched.

Club Chairman Hasan Cavusoglu said the driver had fallen asleep behind the wheel. A second driver was asleep at the time.

‘According to information I received from our police chief, despite there being two drivers on the vehicle, they were both asleep. The crash happened as a result of them both being asleep,’ Turkey’s state-run Anadolu news agency quoted Cavusoglu as saying. 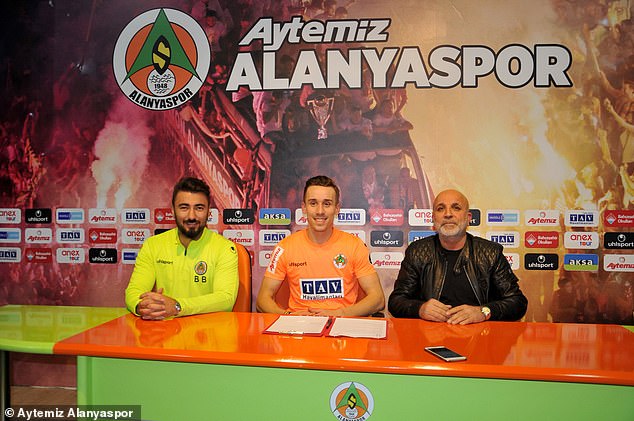 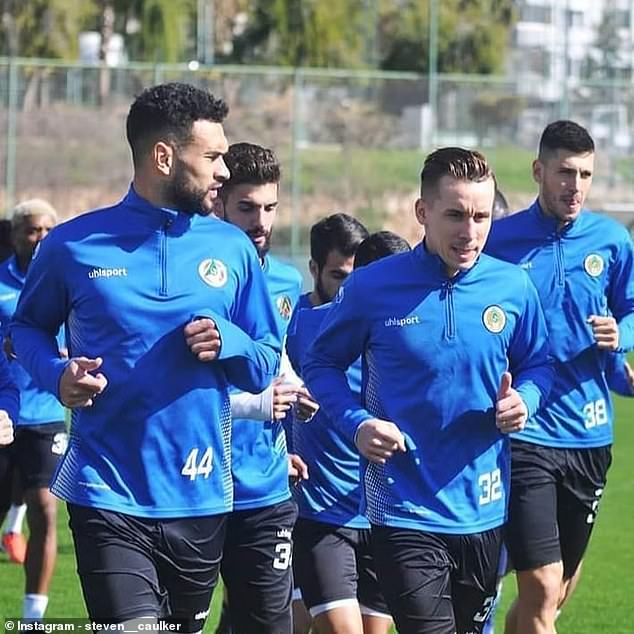 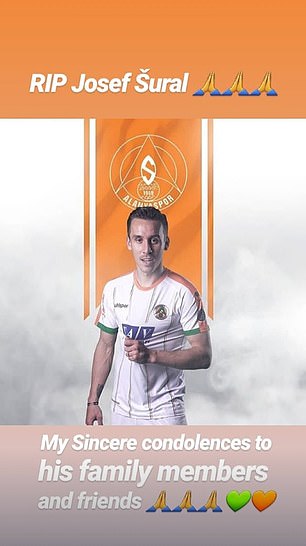 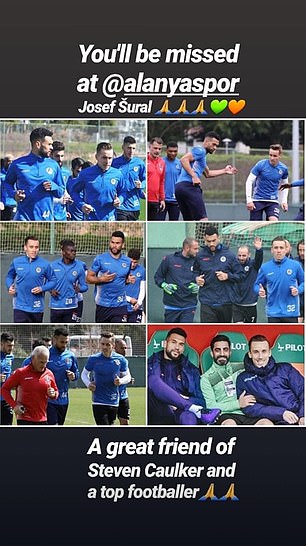 He said the other six players injured in the crash were not in critical condition.

‘I wish there was something we could do. I don’t know what to do. The situation of our wounded friends is good, but they are psychologically very bad.’

Sural is survived by his wife and two daughters. His second child was born on February 7.

The Czech Republic Football Association released a statement on Monday morning following the news, with both the chairman and national team coach speaking.

‘I want to express my sincere and deep condolences to the family and my friends. Pepa was a humble man who will all be missed by us. We will never forget,’ said chairman Martin Malik. 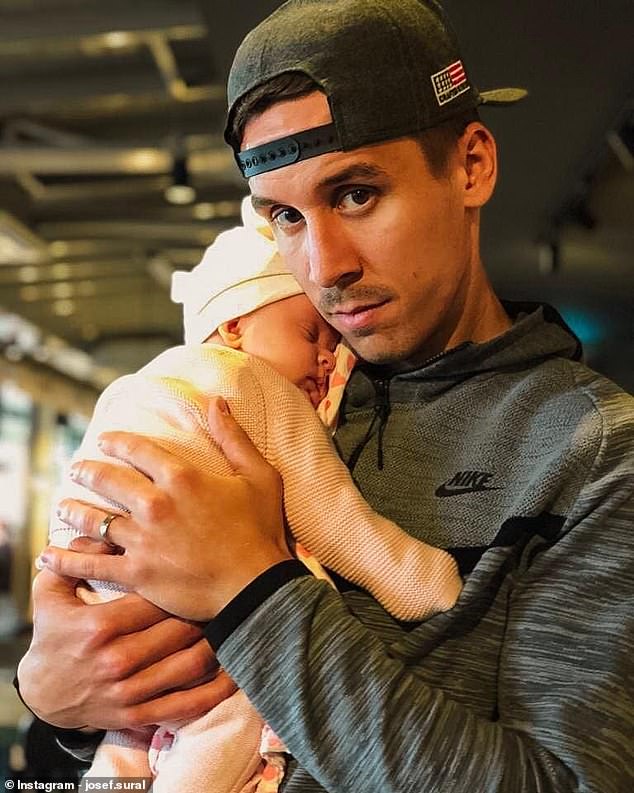 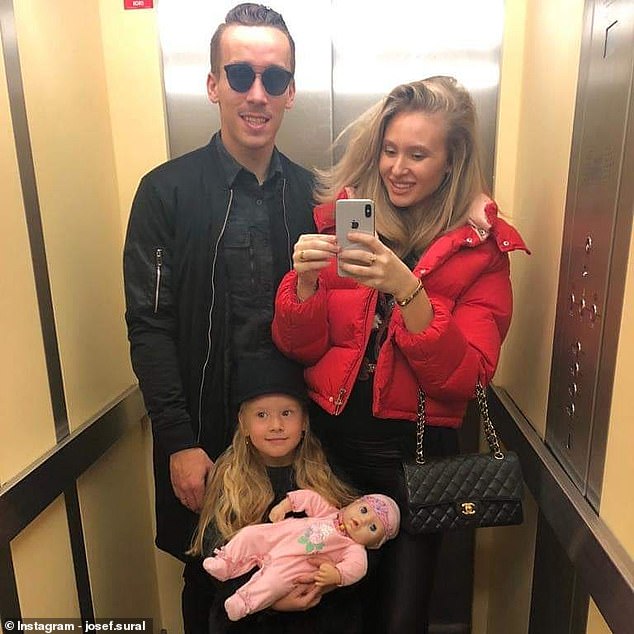 National team head coach Jaroslav Silhavy said: ‘I knew Pepa from his time in Liberec. He was a modest and honest boy, with only the nicest memories left.

‘The message hit me deeply. It is a loss not only for Czech football, but especially for all those close to him – it is for those who I want to express my sincere condolences to the family.’

Sural’s former club Sparta Prague were among the first to pay tribute to their former captain following news of his death.

The Czech club wrote on Twitter: ‘We are deeply saddened by the tragic news of the death of our friend and former captain.

‘We would like to express our condolences to his family. Sury, we will never forget you. Rest in peace!’

Slovan Liberec, another of Sural’s former teams, expressed their sadness at the news, confirming that their will be a minute’s silence before their league match against Slavia Prague on Saturday.

‘We express our sincere condolences to the whole family and to the bereaved. Rest in peace, Pepa!’ said a statement on the club’s official website.

Team-mate Caulker, who had scored his first goal for the club on Sunday in their 1-1 draw with Kayserispor, posted messages on his Instagram.

He tweeted in Czech, writing: ‘Sad news from this morning. Sincere condolences to the family and to all the loved ones. R.i.p.’

We are deeply saddened by the tragic news of the death of our friend and former captain Josef Šural. We would like to express our condolences to his family.
Šury, we will never forget you. Rest in peace!

Our thoughts are with Josef’s family and all those connected to the club. 🧡💚

Former France international and Sparta Prague team-mate Rio Mavuba posted: ‘Beyond football a good man. We all think of you Josef and your family.’

Other clubs were also quick to pay their respects, with Ajax and Barcelona both posting on Twitter in reaction to the news. Each of Turkey’s big three club’s — Fenerbahce, Galatasaray and Besiktas — all posted their condolences, too.

Sural started his career at FC Zbrojovka Brno having come through their academy. He made 37 appearances for the club before moving to Slovan Liberec in 2011, where he won the Czech First Division title.

He made the move to Sparta Prague in 2016, where he was captain until his move to Turkey in January.

Sural was capped 20 times for his country, scoring his only goal in a 3-2 win against Holland in October 2015. He was part of the squad that participated at Euro 2016.

Facebook unveils its biggest redesign yet in shift toward 'privacy focused' future
The world's most Instagrammable lighthouses, from California to New Zealand via England
Is THIS Milton Keynes warehouse the key to fixing Britain's testing fiasco?
Britain should give 'colonised' Chagos Islands back to Mauritius 'as rapidly as possible'
Health experts reveal the effects wine and beer REALLY have on your body
Notorious ‘bum poke’ footy bad boy John Hopoate stands up for Israel Folau with bizarre rant
Oil pipeline explodes in Leon, Mexico after thieves try to steal fuel
Trump is 'fact-checked' by Twitter over 'misleading' claim mail-in ballots will lead to fraud