Theresa May is hunting unicorns. Having defeated last Tuesday’s parliamentary coup, the Prime Minister retains – by her fingertips – control over the Government’s Brexit policy.

But to her critics she is now embarked on a fantasy quest. Attempts to convince the European Union to amend their cherished backstop are a fool’s errand.

‘My message to Theresa May is the EU position is clear and consistent. The withdrawal agreement is not open for renegotiation,’ European Council president Donald Tusk told reporters on Wednesday. 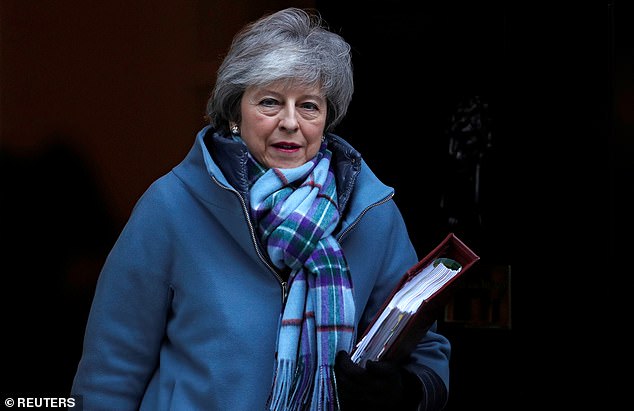 Prime Minister Theresa May, pictured, manages to continue to control the Government’s Brexit policy by ‘her fingertips’ following her success last Tuesday in Parliament

And that, apparently, is that. The Brexit renegotiation is over before it has begun. ‘The PM has indeed reneged on a deal, our country’s reputation lies in tatters and the clock ticks down to a disastrous No Deal Brexit,’ raged Anna Soubry after the vote. The same Anna Soubry who opposed the deal, voted against it, and demanded its reversal via a second referendum.

So everyone is agreed. May is wasting her time. Europe will not move. Catastrophe is inevitable.

Why? Why is the concept of renegotiation unconscionable? Why is the backstop so sacrosanct?

It has a single purpose. To act as a mechanism for ensuring that in the event of failure to negotiate terms for the UK’s withdrawal from the EU, Britain and the Republic of Ireland will not be forced to introduce a hard border, and risk a return to the bloody carnage of ‘the Troubles’.

And this morning it is the backstop – and exclusively the backstop – that is preventing ratification of the withdrawal agreement, driving Britain, Ireland and the rest of the EU towards a No Deal schism, and with it the very hard border that it is meant to prevent.

To some, the backstop itself is not the problem. To Irish and European eyes, opposition to it is merely the latest manifestation of an all-too-familiar neo-colonial stubbornness on the part of the truculent Brits.

But that is to misunderstand the political reality. The Government negotiated in good faith. Theresa May exhausted every ounce of political capital – to the point of having to face down a leadership challenge – in an effort to drive her deal through. It was the House of Commons that blocked it, and ordered her to renegotiate.

And not just the hard-line Right-wingers of the ERG. ‘I have a problem if we go into an agreement that is one-sided,’ Jeremy Corbyn said after abandoning his boycott of talks with the PM. ‘I pointed out this would be the first time in British history that we had entered into a treaty arrangement with anybody else in which there was no right to leave.’

Asking for the reopening of a treaty that cannot secure ratification is not of itself evidence of British bloody-mindedness. As Ireland and the EU can attest. 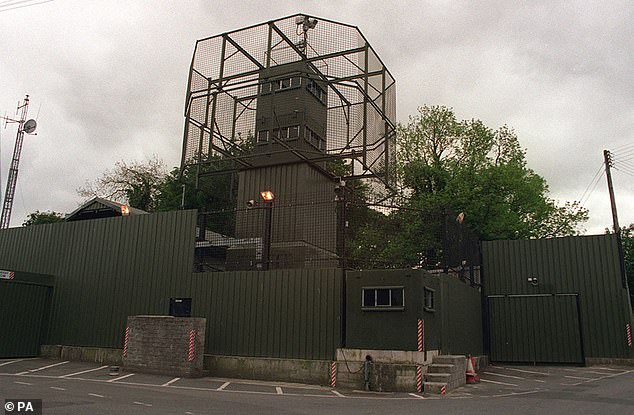 The Irish backstop’s purpose was to prevent the reintroduction of a hard border between Northern Ireland and the Irish Republic and the return of watchtowers such as this between Clady, Co Derry and Co Donegal.

In 2008, Irish voters rejected an amendment to the Irish constitution that would have permitted ratification of the Lisbon Treaty. As a result, the EU renegotiated a series of major bespoke legal guarantees for the Republic. In the subsequent referendum, the new deal was endorsed by a 2:1 majority.

There is precedent for a renegotiation, and with the hands of the Brexit Doomsday clock pointing to one minute to midnight, a desperate need for one.

So why are Europe’s bureaucrats preparing to cut off Ireland’s nose to spite everyone else’s face, and refusing to even countenance any form of compromise.

If it was the only way of safeguarding the Anglo-Irish agreement, there would be some justification. But every party to the deal – Ireland, the UK, the EU – has specifically said they believe the backstop will never be required. That fears we cannot secure a final deal within the two years of the transition period are groundless.

So we are all to be entombed beneath the crumbling walls of the backstop ditch for an abstraction. A theoretical construct that its own architects concede will probably never be needed.

‘But we have to have an insurance policy,’ Dublin and Brussels exclaim. And again, they ignore the political reality on the ground. As I wrote last week, with each day of delay, public opinion in Britain shifts further towards a No Deal Brexit. Even without the backstop, the terms of the withdrawal agreement allow for a two-year transition period, with a further possible two-year extension.

If, at the end of 2022, Britain, Ireland and the EU still have not reached agreement on our withdrawal, any treaty would become moot. Because the British people would demand their leaders simply rip up the deal and walk away. And there is not a politician in the land who would be able to resist them.

When will the EU panjandrums grasp that the ‘insurance policy’ of the backstop is not insuring anyone? Instead it sits unsigned and smouldering down the back of the sofa. It will not protect the house. Instead, it will burn the house down. And when it does, it is not just the people of Britain who will be trapped inside. Last week, the Irish government produced its No Deal impact assessment. Irish GDP would shrink by 4.25 per cent. Unemployment would rise by two per cent. Ireland’s budget surplus would collapse into deficit.

But despite all that, we are told by the EU we cannot enter into renegotiation or contemplate, for a nanosecond, an alternative.

Speaking to Cabinet Ministers, there is genuine understanding – even guilt – at the predicament of the Irish government. ‘They feel betrayed,’ one conceded. ‘They think we’ve let them down. And to be fair we have. We told them we would get the deal through, and we couldn’t.’

But fairness is no longer the issue. All that matters now is confronting reality and avoiding catastrophe.

And yet we are being told by the EU we must do the opposite. All to protect the backstop that in all probability would never be used. Whose sole purpose is to prevent a hard Irish border. And yet whose only practical political impact will be ensuring a hard Irish border.

People accuse Mrs May of chasing her Brexit unicorns. But the Northern Irish backstop is the biggest, brightest unicorn of them all.

I’m told John Bercow is going to extraordinary lengths to protect himself from the unwelcome attention of Government whips.

‘He put two clerks either side of his chair for Tuesday’s Brexit votes,’ a Minister reveals.

‘That way, the whips couldn’t get too close to him. They were his bouncers.’

If you’re wearing jeans and trainers, you’re not getting near the Speaker. 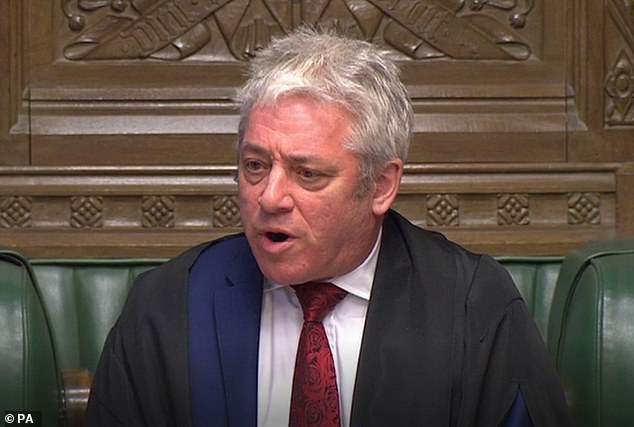 Will ‘honest’ Corbyn save the day? 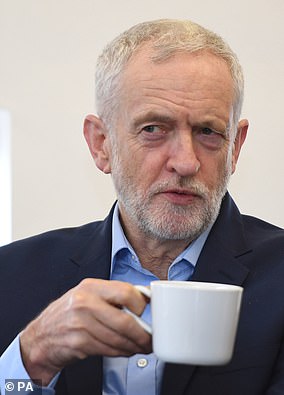 Is Jeremy Corbyn, pictured, going to save the government’s Brexit deal?

Is Jeremy Corbyn about to save Brexit?

His meeting with the Prime Minister on Wednesday was dismissed by many as a cosmetic summit.

But some Labour sources are speculating that their leader might be considering clearing a path for Theresa May’s deal.

‘The People’s Vote option is dead and no one wants No Deal,’ a Shadow Minister tells me.

‘Jeremy doesn’t want to be seen to be stopping Brexit. So that doesn’t leave many options.’

At the same time, trade unions have embarked on serious discussions with the Government over an amendment to labour rights legislation.

While these are unlikely to result in a formal acceptance of the Prime Minister’s plans, tacit union approval could bring a number of wavering Labour MPs on board.

And that could meet with Corbyn’s private support.

‘What he would really like is for enough Labour rebels to back the deal that it passes,’ says another source.

‘That way he hasn’t got his fingerprints on it, he hasn’t blocked Brexit, and there’s a chance the Tories might split.’