Former Prime Minister David Cameron said that ‘nothing could have prepared him’ for the death of his son at the age of six, which he described as ‘torture’.

Mr Cameron, whose son Ivan suffered from a rare neurological disorder, said losing his first-born child felt ‘as if the world had stopped turning’.

Writing candidly about the devastating family tragedy in extracts of his memoir serialised in the Sunday Times, the former Conservative leader said he can ‘hardly bear to remember’ those dark times. 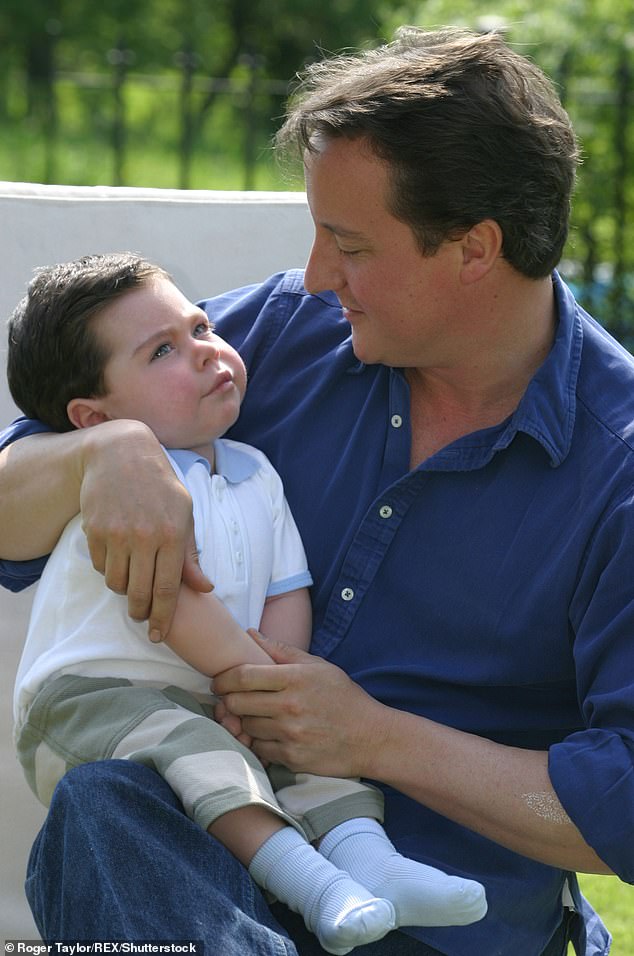 Mr Cameron, whose son Ivan suffered from a rare neurological disorder, said losing his first-born child was ‘as if the world had stopped turning’

‘Nothing, absolutely nothing, can prepare you for the reality of losing your darling boy this way’, he wrote.

He said his wife Samantha – ‘the mother who loved him deeply’ – was ‘torn apart’ by his tragic death after struggling with Ivan’s diagnosis and bouts of seizures.

Ivan was born a healthy boy, but by his second week he was rapidly losing weight and making jerky movements.

He was eventually diagnosed with Ohtahara syndrome – a rare neurological disorder characterised by seizures. He died in 2006.

The former Prime Minister said his condition had brought him and his wife Samantha ‘close to collapse’.

‘A world in which things had always gone right for me suddenly gave me an immense shock and challenge,’ he said. 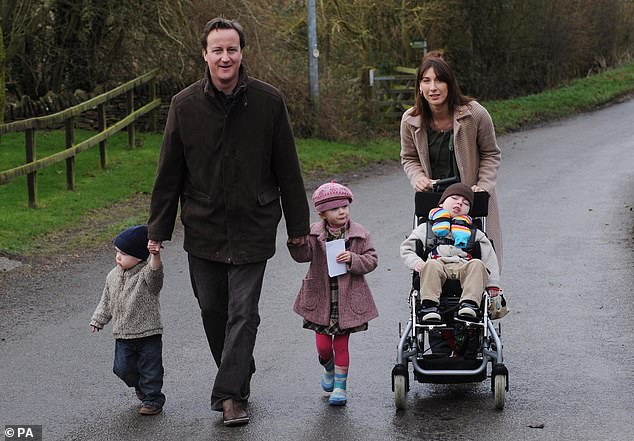 The former MP for Witney previously revealed how Ivan was forced to undergo dozens of often painful and invasive tests before doctors knew he had Ohtahara syndrome.

Managing Ivan’s condition was an intensive process and he was given as many as 20 different drugs a day. There were regular emergencies caused by seizures, infections and changes in his blood pressure.

In both 2002 and 2003, Mr Cameron had to abandon the Tory party conference because Ivan was in hospital.

Mr Cameron said new and advanced genomic testing could end the anguish of uncertainty for parents of children with such rare neurological disorders. 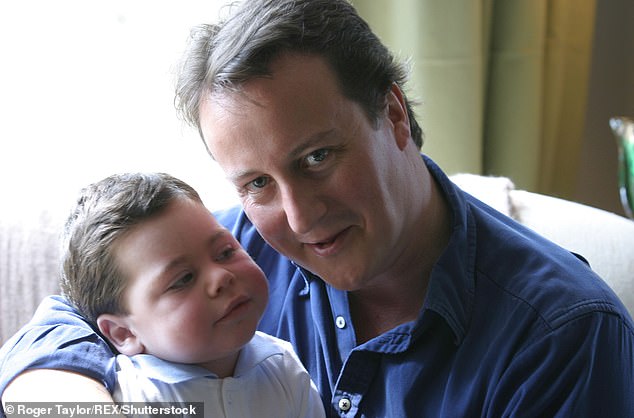 In an interview with the Times in 2018, he said : ‘Different treatments are tried, some with excruciating and potentially damaging side-effects. Huge efforts are being made on your child’s behalf, but no one knows exactly what is wrong or how to make it right.

Ohtahara syndrome is a rare complication of epilepsy, affecting just one in 500 sufferers, and boys more than girls.

It is caused by an underlying structural brain abnormality which may have a genetic origin or is the result of brain damage.

It is rarely an inherited disorder and it is thought only four families in the world have two affected children.

Seizures start before the baby is three months old. Most die before the age of three, often due to chest infections or pneumonia.

A phenomenon known as sudden unexplained death in epilepsy is also a constant fear.

Babies with Ohtahara syndrome – first described 30 years ago – are often very floppy, excessively sleepy and over time develop stiffness in their limbs.

Medication has limited effect and the children make little developmental progress, being totally dependent on others.

They often feed poorly and their sleep is punctuated by seizures and muscle spasms – between ten and 300 every 24 hours, which make round-the-clock care a necessity.

‘In many cases the doctor is unlikely to have seen a patient with the same condition before. They are left to rely on intuition and antiquated tests to determine which of the 7,000 rare diseases may be affecting the child.

‘This gruelling process can go on for months, even years. If a correct diagnosis is eventually made it is often too late to undo critical damage that has already been done to the child’s development.

‘Yet we are on the brink of a huge breakthrough. Instead of looking at individual chromosomes [through genome sequencing]  we can sequence the whole genome, determining the unique ordering of three billion letters found in almost every cell in a person’s body. Rather than testing one disease at a time, this process simultaneously can test for all rare diseases, 80 per cent of which are genetically based. All it takes is a blood test. It is that simple.’

Though Ivan’s condition meant he could not move his limbs or speak, the Camerons drew strength from the fact that he appeared to respond to their love and care.

‘Ivan’s only self-conscious movements are to raise his eyebrows and to smile,’ Mr Cameron said in 2004. ‘And his smile – slightly crooked, sometimes accompanied by a little moan – can light up a room. It never fails to make me both happy and immensely proud of him.’

But asked once if he thought Ivan enjoyed his life, he replied: ‘Oh, not really, I think his life’s very tough.’

Mr Cameron added: ‘We were all devoted to Ivan and as a family we still talk about him all the time today.’