Boris Johnson ‘didn’t believe’ in Brexit and only backed the Leave campaign to boost his career, former Prime Minister David Cameron has claimed.

In Mr Cameron’s latest barrage of comments, he claimed the current Conservative leader privately suggested there could be a ‘fresh renegotiation, followed by a second referendum’, which he now says he opposes.

The former leader also branded Brexiteer Michael Gove a ‘foam-flecked Faragist’ in a stinging attack in extracts of his memoir serialised in the Sunday Times.

He also accused leaders of the Leave campaign of declaring ‘open warfare’ on him – and claimed they were guilty of ‘lying’ to the public to win the 2016 referendum. 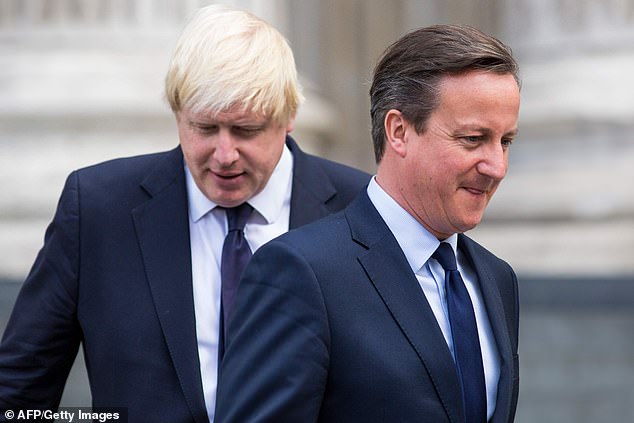 David Cameron has launched another stinging attack on Boris Johnson, claiming the Prime Minister ‘didn’t believe’ in Brexit and only backed the Leave campaign to boost his career

Mr Cameron wrote that the now-Prime Minister wanted to become the ‘darling of the party’ and ‘didn’t want to risk allowing someone else with a high profile – Michael Gove in particular – to win that crown’.

‘The conclusion I am left with is that he risked an outcome he didn’t believe in because it would help his political career.’

And he said Mr Gove’s claim that the public were tired of experts made him ‘an ambassador for the truth-twisting age of populism’. 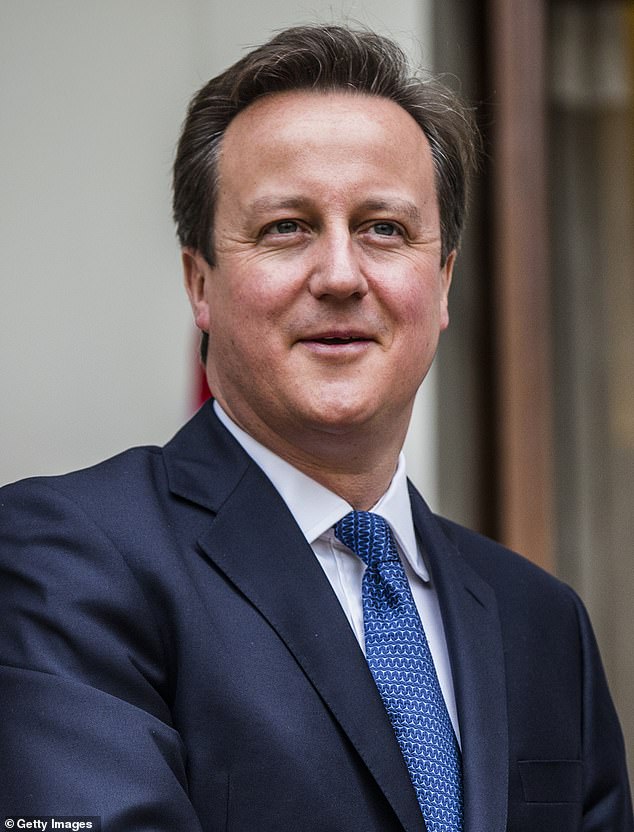 The Conservative former prime minister said Mr Johnson privately claimed there could be a ‘fresh renegotiation, followed by a second referendum’ – which he now opposes

‘By the end, Boris and Michael seemed to me to be different people. Boris had backed something he didn’t believe in.

‘Michael had backed something he did perhaps believe in, but in the process had broken with his friends … while taking up positions that were completely against his political identity.

‘Both then behaved appallingly, attacking their own government, turning a blind eye to their side’s unpleasant actions and becoming ambassadors for the expert-trashing, truth-twisting age of populism.’ 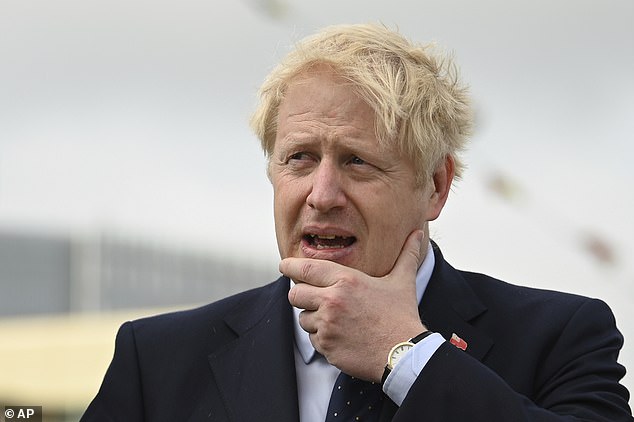 Mr Cameron said attacks by Priti Patel, who is now the Home Secretary, on his government’s immigration record ‘shocked me most’ but he did not want to fire her and create a ‘Brexit martyr’.

He also says that Dominic Cummings, who is now a special adviser to the government, was part of a ‘cauldron of toxicity’ with Nigel Farage.

He also accused Mr Gove of getting his ‘hands dirty’ and launching a ‘direct attack at him and his integrity’ by accusing the government’s renegotiation of not being legally binding.

It comes after Mr the former Prime Minister spoke candidly about the referendum, saying he is  truly sorry’ for the uncertainty it caused.

Writing in his new book, Mr Cameron was both defensive and apologetic, saying he has ‘many regrets’ about the vote and how he ‘failed’.

He adds: ‘I did not fully anticipate the strength of feeling that would be unleashed both during the referendum and afterwards, and I am truly sorry to have seen the country I love so much suffer uncertainty and division in the years since then’. 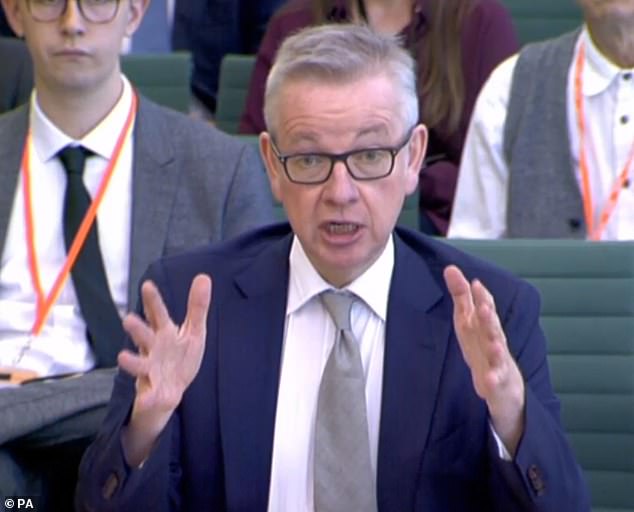 It’s the latest barrage of comments from Mr Cameron, with the former leader also branding Brexiteer Michael Gove, who was once a close friend, a ‘foam-flecked Faragist’

However, he stands by his decision to call a referendum, saying it was ‘right to renegotiate Britain’s relationship’ with the European Union as it ‘gives people the chance’ to have their say on a fundamental issue in British politics.

He said he understands there are those who will never forgive him for holding it, but added that putting membership of the European Union to a public vote was ‘not just fair and overdue, but inevitable’.

The former Prime Minister also tore into Boris and Michael Gove over their conduct during the EU referendum.

Breaking his silence three years after he resigned, the former prime minister accused the pair of acting ‘appallingly’ and ‘trashing the government’.

He said they ‘left the truth at home’ with claims that EU membership cost £350million a week and that Turkey would join the bloc. 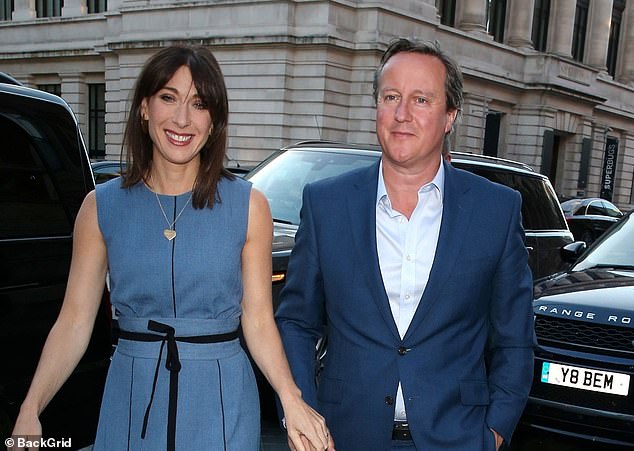 Despite the Government saying Britain must be prepared for a No Deal Brexit, Mr Cameron (pictured with his wife last year) said he opposed leaving without an agreement

Mr Cameron also accused Mr Johnson of blundering in his short time at No 10. He cited ‘sharp practices’ such as the decision to prorogue Parliament, and condemned the expulsion of 21 rebel Tory MPs.

Despite the Government saying Britain must be prepared for a No Deal Brexit, he said he opposed leaving without an agreement.

Mr Cameron made his explosive comments in an interview with The Times ahead of the publication of his memoirs next week. Using the interview to open up about his personal anguish over his decision to call a referendum, he hinted that a second vote might be needed.

He spoke candidly about his family and his past but his criticism of Mr Johnson and Mr Gove is likely to attract the most attention. 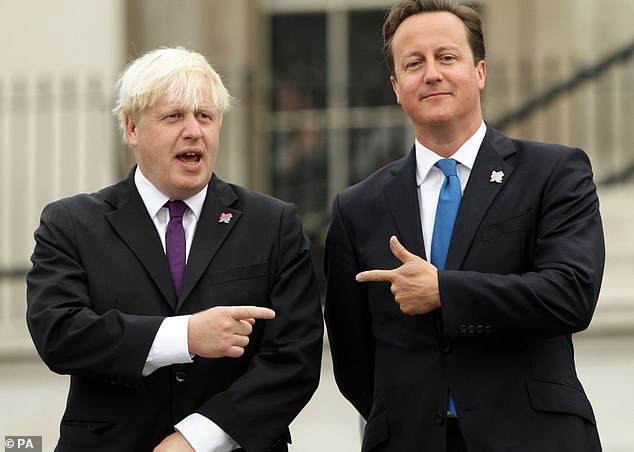 Mr Cameron accused Mr Johnson (pictured together in 2012) of blundering in his short time at No 10. He cited ‘sharp practices’ such as the decision to prorogue Parliament, and condemned the expulsion of 21 rebel Tory MPs

In the memoirs, For The Record, which will be released on Thursday, Mr Cameron apparently brands Mr Gove, who is now Chancellor of the Duchy of Lancaster, ‘mendacious’, saying the referendum ruined their close friendship.

He tells how he sent Mr Gove a text message saying: ‘You are either a team player or a w*****’ as he resisted being moved from education secretary to chief whip in 2014.

And added that he became irritated by Gove’s ‘frequently ranging well beyond his brief’, and also his taking pot-shots at the Government – such as criticising the number of old Etonians at No. 10.

Although Mr Cameron praises Mr Johnson’s ‘good works’ as London mayor, the memoir is understood to include a number of unhelpful anecdotes, including how he was late to emergency Cobra meetings during the London riots in 2011. 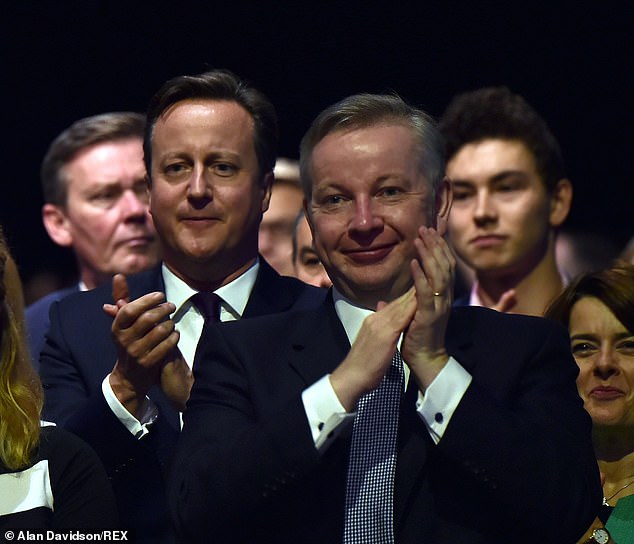 Mr Cameron tells how he sent Mr Gove (pictured together in 2015) a text message saying: ‘You are either a team player or a w*****’ as he resisted being moved from education secretary to chief whip in 2014

Mr Johnson last night tried to play down the rift by insisting that ‘absolutely nothing’ Mr Cameron says ‘will diminish the affection and respect in which I hold him’.

Speaking at an event in Rotherham, Mr Johnson he added: ‘He has a very distinguished record and a legacy to be proud of.’

Mr Cameron’s book threatens to intensify the Tory civil war as the Prime Minister prepares for his first party conference as leader in a fortnight’s time.

In his interview with The Times, Mr Cameron accused the Vote Leave campaign, which Mr Johnson and Mr Gove led, of misleading voters over the claim that Britain sent £350million per week to Brussels that could be spent on the Health Service instead, and over the issue of whether Turkey could be stopped from joining the EU.

He said: ‘Over the issue of whether or not we had a veto over Turkey [joining the EU] and over the issue of the £350million on the bus, I think they left the truth at home.’

Mr Cameron claimed Mr Johnson decided to back the Leave campaign in the hope that it would boost his career. ‘Boris had never argued for leaving the EU, right? 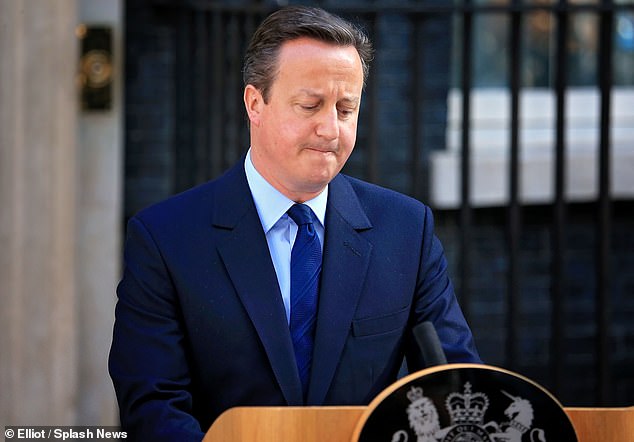 ‘Michael was a very strong Eurosceptic but someone whom I’d known as this liberal, compassionate, rational Conservative ended up making arguments about Turkey [joining the EU] and being swamped and what have you.

‘They were trashing the government of which they were a part. It was ridiculous.’ Mr Cameron also took aim at Mr Johnson over his first weeks in Downing Street, suggesting he was pursuing the wrong Brexit strategy.

He said: ‘Of course, as a new prime minister I wished Boris well. I wanted him to get a deal from the EU that would have passed in the House of Commons. If that was to happen, I would have been elated.

‘But clearly while he started down that road, the strategy has morphed into something quite different.

‘Taking the whip from hard-working Conservative MPs and sharp practices using prorogation of Parliament have rebounded. I didn’t support either of those things.’