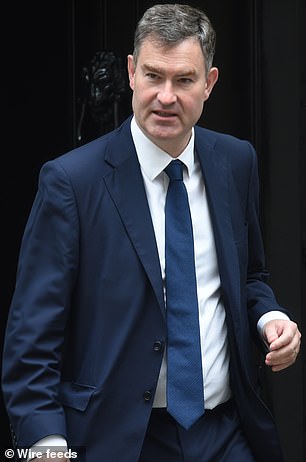 Justice Secretary David Gauke has announced that he will quit the Government on Wednesday if Boris Johnson wins the race to become prime minister.

Mr Gauke, who has served in Theresa May’s Cabinet since she took office in June 2016, said he would not serve under the former foreign secretary if he pursues a no-deal Brexit.

And as many as six Conservative MPs are considering defecting to the Liberal Democrats should Mr Johnson beat his rival Jeremy Hunt and enter Number 10, the Sunday Times reported.

As the Tory leadership contest enters its final 48 hours, prominent no-deal critic Mr Gauke said that crashing out of the European Union would lead to national ‘humiliation’.

He said: ‘In a period of time where there is no parliamentary majority, there’s political uncertainty and a lack of stability, I worry that the UK then will essentially be supplicants.

‘We’ll go through the pain of no-deal and then we will have no choice but to go back to the EU but in a weaker negotiating position.

‘I fear that, frankly, there is a humiliation for us there if we go down that route.’

And Mr Gauke added that the appropriate thing is for him to resign to Mrs May.

The ballot for the Tory leadership race will close on Monday, with the result announced the following day. 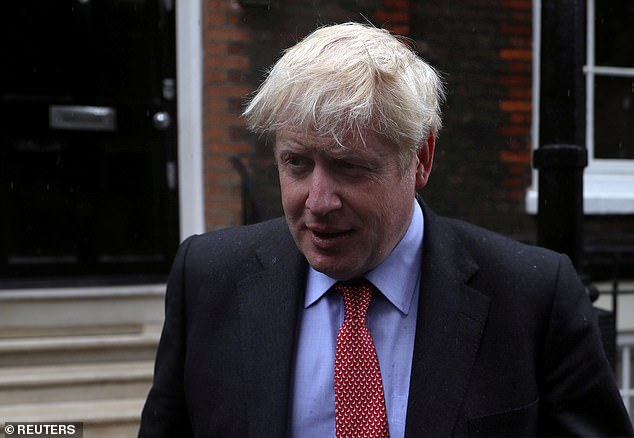 Mr Gauke, who has served in Theresa May’s Cabinet since she took office in June 2016, said he would not be able to serve under the former foreign secretary if he pursues a no-deal Brexit

Mr Johnson, who is widely predicted to win the contest, has reportedly been secretly wooed by European politicians and officials in a bid to thrash out a new Brexit plan to avoid a no-deal exit, the Sunday Times reported.

It said figures from Ireland, France, Germany, Belgium and the Netherlands had established contact with the frontrunner’s team and signalled their intention to do a deal.

Work and Pensions Secretary Amber Rudd, a former Remainer, urged her Tory colleagues to back whoever wins the contest.

Writing in the Sunday Telegraph, she said that she knew many colleagues have ‘strong feelings’ but a new prime minister would get a ‘new hearing’ in the EU, and if the party does not unite then the alternative could be Jeremy Corbyn for Christmas.

Her comments came after Chancellor Philip Hammond fired a warning shot to Mr Johnson, saying he would do ‘everything in my power’ to block a no-deal Brexit and left open the possibility of voting to bring down a Conservative government in such an event.

James Cracknell's wife Beverley Turner reveals why their marriage sank and recalls hours spent alone
Moment van hurtles straight into roundabout and flies through air in Dukes of Hazzard-style scene
Harrowing pictures of mother and daughter held as ‘domestic slaves’
Theresa May threatens to block Brexit No Deal after voting for Remainer Rory Stewart in Tory contest
Man, in his 20s, stabbed to death in a 'targeted attack' in Essex
Barclays staff slam bosses for using 'Big Brother' software that monitors their trips to the toilet
Michelle Obama was on a Paris cruise when Notre Dame caught fire
Novichok victim's parents say BRITISH government is responsible for daughter's death