A woman has been seriously injured after being savaged by an out-of-control dog which was later shot dead by armed police.

Emergency services were called at around 1.30am today after the victim was viciously mauled at a house in Rednal, Birmingham.

The 38-year-old woman suffered multiple injuries and was rushed to hospital, where she is described as being in a serious but stable condition. 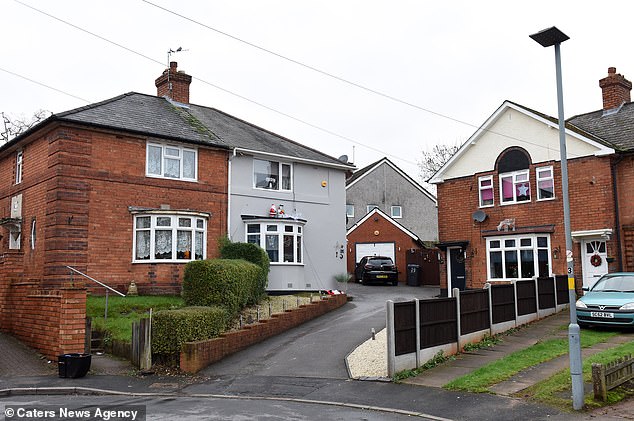 Emergency services went to the scene in Rednal, Birmingham (pictured) at around 1.30am, after a victim was mauled by a dog

West Midlands Police said armed officers arrived at the property on the residential cul-de-sac but were forced to shoot the dog dead.

Shocked neighbours have since spoken of their horror at hearing gun shots in the early hours of the morning.

One distressed resident wrote on a community group: ‘Can someone please confirm the early hours of this morning wasn’t a dream?

‘Three Gunshots, a dog crying.. police in a house..? This morning there’s nothing, like it never happened. Was the most horrific thing I have ever heard in my life.’

Hannah Flaherty added: ‘I live in the avenue where it happened.

‘We heard a bunch of arguing then a lot of screaming so we reckon the dog attacked her during the argument, it was just so heart breaking to hear the gun shots. 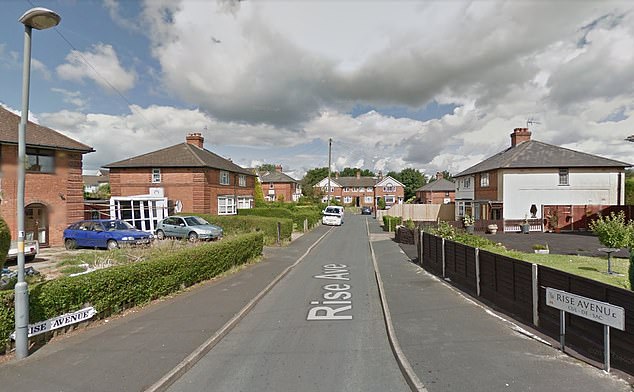 A West Midlands Ambulance Service spokesman said: ‘We were called at 1.34am this morning to Rise Avenue (pictured)

‘We don’t know about the woman’s injuries we didn’t really see much.’

A force spokeswoman said: ‘Police received a call at around 1.45am this morning from ambulance colleagues following reports that a dog had attacked a woman.

‘A 38-year-old woman was taken to hospital in a serious but stable condition.

‘Officers attended the address and due to the circumstances they were faced with had no choice but to put the dog down.

‘The owner of the dog is assisting police with their enquiries.’

A West Midlands Ambulance Service spokesman said: ‘We were called at 1.34am this morning to Rise Avenue.

‘We sent two ambulances and treated a woman for multiple injuries, not believed to be life-threatening.

‘She was taken to the Queen Elizabeth Hospital for further treatment.’

Identical twins are spotted 'fighting' in their mother's womb during an ultrasound scan
Noel Gallagher claims estranged brother Liam threatened his wife Sara MacDonald
Grace Millane killer's flatmate was so scared of him she slept with a knife in bed
Esther McVey's Tory leadership launch is disrupted by irate Brexiteer
Manchester City ace Raheem Sterling signs new £300,000-a-week contract
Prince Charles launches appeal to raise £10 MILLION to support veterans mental health
Trump and Kim get down to business in Vietnam as they hold day of talks on a nuclear peace deal
The sweet hashtag Hugh Jackman created for Deborra-lee Furness