Saturday’s Daily Mail was, in the Lawson household, a marmalade dropper. By this I mean it had the sort of front-page story which makes the reader drop the knife with which he was about to spread the marmalade on his breakfast toast.

In case there is anyone who still doesn’t know, it revealed — as part of the serialisation of a biography of the would-be Conservative leader Michael Gove — that this apparently upright and high-minded Scot had 20 years ago, on several occasions, taken cocaine.

Perhaps my astonishment was a function of my own naivety. It may be that I am unusual in never having used illicit drugs as a young man. As my elder daughter said to me: ‘You were probably born aged 50.’ So I am reluctantly forced to concede that it may in fact be a minority of people of my generation who have not broken this law in one form or another.

I had another such jolt some years ago when talking to the headmaster of Westminster School — which sends a higher proportion of its pupils to Oxford and Cambridge than any of its rivals — and asking whether he had been able to root out drug-taking, which had been a big problem when I attended the school.

‘No, I haven’t,’ he replied, then added, devastatingly: ‘It doesn’t make it easy for us when their parents are doing it, too’.

Michael Gove is now a parent of two teenagers and I am sure is telling the truth when he says that his use of cocaine was limited to his time as a young journalist, long preceding both his marriage and his decision to become a legislator. He has made a frank admission of doing something which was wrong, and concedes it was nothing less than a crime.

Yet he has now been accused of outrageous hypocrisy because, in 1999, apparently at the time of his cocaine use, he wrote a column in the Times arguing against the legalisation of such drugs.

Given the charge, it’s worth repeating the most relevant paragraph of that 20-year-old article: ‘There is no greater sin in journalistic eyes than hypocrisy. It justifies a score of tabloid stings, a hundred broken careers. How dare the minister endorse family values while himself straying? And how can I live with my occasional spliff unless I use my column to campaign for legalising drugs? 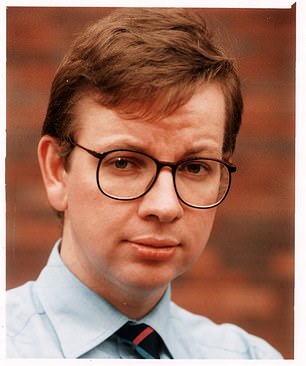 ‘But there is a greater sin than hypocrisy. It is the refusal to uphold values because one may oneself have fallen short of them.’

Gove — who, to repeat, was not an MP, let alone a government minister at the time — was actually arguing that politicians should not be banished for hypocrisy, and that it is correct to uphold standards which one has not lived up to oneself.

He was, in fact, advancing the position most felicitously expressed by the 17th-century French author Francois de La Rochefoucauld, that ‘hypocrisy is the homage vice pays to virtue’.

Or, as the high Tory columnist Michael Wharton put it centuries later: ‘Without a certain amount of hypocrisy, civilised society would not survive.’

But, as I say, it is not clear that Gove is a hypocrite. In his period as Lord Chancellor, responsible for the administration of justice in this country, he aligned himself with the cause of penal reform, and was distinctly liberal in his approach to sentencing (not, as it happens, something with which I agree).

Like many such penal reformers, he is strongly influenced by the Christian faith, with its powerful emphasis on forgiveness and personal redemption.

As the Mail’s serialisation of his biography revealed: ‘He took on the Justice ministry with little idea of where to start. He immersed himself in books on justice, penal reform and rehabilitation, but was perhaps most guided by a book he had read as a young man: the Bible.’

This didn’t come as a surprise to me: I know Michael Gove quite well, and though he doesn’t talk about his religious beliefs, I became aware of his habit of dropping into churches (of varying denominations) to pray. Along with Jeremy Hunt, he is one of the candidates for the Conservative leadership with the strongest sense of moral purpose. (Hunt has been a particularly active contributor to charitable causes, but, again, is reluctant to discuss this, or his religious beliefs, publicly).

There is no doubt that it was a fierce moral purpose which drove Michael Gove’s highly successful reforms of the exam system. He had a genuine sense of mission to improve the educational standards offered to the least well-off, who did not come from families which could afford private education.

The fact that even those that can afford it are now increasingly sending their children to state schools instead is a further proof of his mission’s success.

Of course it is not necessary to be religious, let alone a Christian, to have such a drive. But it is interesting to contrast that with the heavy favourite for the Conservative leadership, Boris Johnson. As his erstwhile mistress, Petronella Wyatt, put it a few years ago in a superbly written — and entirely warm — article about him: ‘Boris is a pagan . . . His views on matters such as monogamy are decidedly Eastern. ‘I find it genuinely unreasonable that men should be confined to one woman,’ he has grumbled to me, and cannot understand the media’s reaction to his personal affairs.’ 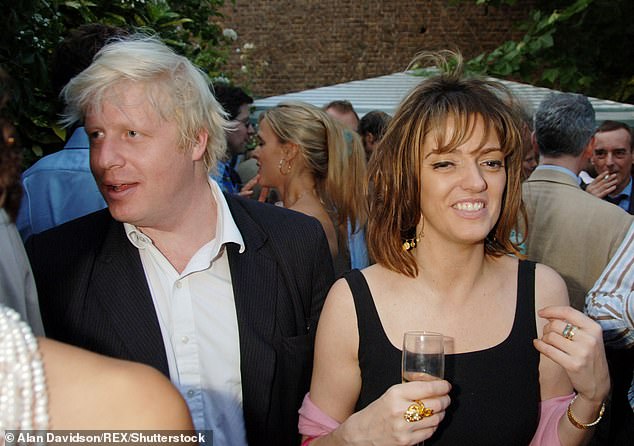 Gove’s admission contrasts with the behaviour of Boris Johnson, who was sacked as shadow arts minister in 2004 for lying about his affair with Petronella Wyatt (together, above)

It is commonly asserted that it was because of his relationship with Wyatt that Johnson was sacked in 2004 as shadow arts minister and vice-chairman of the party by the then Conservative leader Michael Howard.

This is not the whole truth: it was the fact that Johnson had lied about it to Howard — and to the Press. When a newspaper had got wind of the fact that Johnson, then the father of four young children, had been conducting an affair with Wyatt (and had paid for a resultant abortion), he dismissed the claims — with characteristically imaginative brio — as ‘an inverted pyramid of piffle’.

Howard had backed him up based on that assurance. So when another newspaper substantiated the first one’s story — making the party leader look like a dupe — Johnson was sacked.

That was 15 years ago, and we can now see how wide of the mark was the widespread opinion at the time — both on the Conservative parliamentary benches and among political pundits — that Boris Johnson’s political career was best described in the past tense.

As I have written in the Mail on several occasions over recent years, Johnson’s capacity to survive personal and political conduct that would annihilate any other politician is a genuine phenomenon, however much it exasperates both his rivals and former journalistic colleagues with a more jaundiced view of his character.

He understands the desire of the public to have a laugh, and uses this brilliantly as chaff to deflect any moral argument, or even, at times, the truth.

Thus, when he was asked whether he had ever used cocaine, he responded: ‘I think I was once given cocaine, but I sneezed and so it did not go up my nose.

‘In fact, I may have been doing icing sugar.’ This was genuinely funny, while at the same time revealing that Johnson did not consider it a moral issue at all.

It may be, in any case, that the great majority of voters are not much exercised about whether politicians, in the years before they got the job of legislators and thus power over our own lives, took illicit drugs. That may well also be true of members of the Conservative party — soon to choose their new leader — who tend to be practical men and women fully acquainted with the world as it is.

No, what voters find it hardest to forgive is when politicians lie to them, directly. Then, it is no longer a matter just for the families of the legislator in question, but a personal affront to the electors themselves.

Michael Gove is not guilty of that; and he is, actually, a good man.

Three dead, 60 injured in shooting at Gilroy Garlic Festival in California, police say
Crossrail is delayed AGAIN: New London railway may not open until 2021
Two teens dead others hurt in crush at St Patrick's Day disco in Northern Ireland
Graduate, 23, travels more than 7,000 miles across America to surprise his five college friends
Record-setting balloonist dies after accident in California
The life and times of Paddy Ashdown
Captain of Natalie Wood's boat speaks of her death 40 years on
Ex-Norwegian royal Ari Behn complained he was viewed as a 'clown' after divorce from Princess Martha