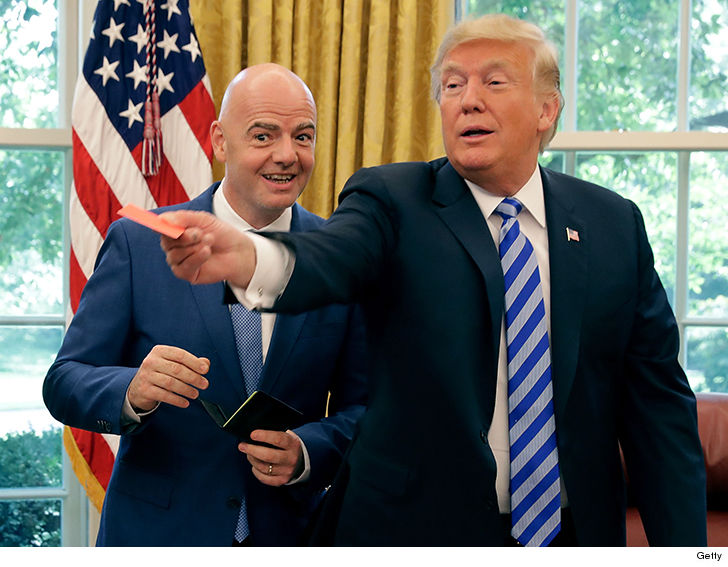 Donald Trump learned what a red card was for on Tuesday … and POTUS waited about 2 seconds to use it on the White House reporters!

The playful ejections all went down in the Oval Office, where D.T. played host to FIFA president Gianni Infantino for a celebration of North America landing the 2026 World Cup.

Gianni gifted #45 with his own personalized futbol jersey … and then brought out the referee cards — and the exchange that ensued between the two was as hilarious as it was predictable.

WATCH: President Trump jokingly gives the press a red card after receiving soccer penalty cards as a gift during a FIFA meeting in the Oval Office. pic.twitter.com/ildNB6qCp7

“In soccer, we have referees. And they have cards,” Infantino explained.

“Yellow cards and red cards. Yellow card is warning. And when you want to kick out someone, this one right here.”

Trump couldn’t grab the red card fast enough … nearly chucking it at the media assembled in the Oval Office!!